It all started with what appeared as a coordinated attack by Apple, Facebook and YouTube on broadcaster and conspiracy theorist Alex Jones and his InfoWars network. The companies summarily banned his and his websites content from their platforms.

The bans follow a public backlash due to InfoWars rhetoric, mostly for popularizing the false belief that the 2012 Sandy Hook Elementary School shooting never happened. Alex Jones is the defendant in a precedent-setting lawsuit against him by the parents of a Sandy Hook victim.

At first, Facebook, YouTube and Spotify selectively removed some episodes of Jones’ podcasts and shows or removing specific social media posts they claim to be in violation of various policies while allowing Infowars channels to remain active. On August 2nd, audio streaming app Stitcher was the first platform to remove all of Jones’ content, without exceptions. Apple followed on August 5th.

Alex Jones’ response to the ban blames mainstream corporate media and its dwindling audience for becoming engines of censorship and harassment against those that, according to him, follow the constitution and attempt to restore the US republic. He further says that they are attempting to shut down all of their competitions and calls mass media corporations terrorist organizations, most of them being on the communist Chinese payroll. He further elaborated that this is all a bid to meddle in the midterm elections, the tech giants are doing it to protect political interest.

Regarding the litigation against him from Noah Pozner’s parents for the claims that the Sandy Hook shooting did not happen, Alex Jones and his lawyer say that the case is an attempt “to silence those who openly oppose their very public ‘herculean’ efforts to ban the sale of certain weapons, ammunition and accessories, to pass new laws relating to gun registration and to limit free speech.” Mr. Jones’ lawyer further states that Alex Jones’ theories are just opinion, which is broadly protected by the First Amendment.

Jones and InfoWars, however, are not the only targeted media and activists. Numerous YouTube channels such as Activist Post, Waking Times, A New Kind of Human, Richie Allen have been closed in recent months. Giants like Facebook and Google have removed the content without providing any evidence of a breach of terms. Facebook and Google have also been removing the ability to monetize content for alternative channels, which is often the main source of income for the activists.

As reported by ZeroHedge, the crackdown against alternative media figures continues. Several Libertarian figures, including the Ron Paul Institute director, found their Twitter accounts suspended. However, as recently as August 6th, Vox reported that Alex Jones’ twitter account had not been suspended, because it is not in breach terms, according to a statement of the company.

Two more casualties of the Twitter purge of antiwar voices: @ScottHortonShow, the new editorial director of https://t.co/QNAmINHNCX, and @DanielLMcAdams, director of the Ron Paul Institute.

According to Horton, he was suspended for the use of “improper language” against journalist Jonathan M. Katz, while McAdams was banned for retweeting him. Their past tweets were still available for the public, whereas the entire account of Van Buren was removed.

According to TargetLibery, Horton and McAdams fell victim of Twitter’s suspension algorithm after objecting to Katz’s quarrel with Van Buren over an earlier interview.

The suspensions follow the Twitter ban of black conservative Candace Owen from the site for highlighting the algorithmic bias of Twitter by replacing the word “white” with “Jewish” in a series of tweets modeled on those by New York Times editor Sarah Jeong.

Sarah Jeong, who is an open bigot, that hates white people, men and cops was hired by the New York Times, who subsequently defended their hire. Her accounts on social media platforms were not purged and she was not sanctioned in any way. To show for the double standards presented by tech giants, Candace Owen, attempted to do the same and was instantly suspended from Twitter.

Democrats have redefined racism precisely so people like Sarah Jeong can say racist things and still get jobs at the New York Times. pic.twitter.com/ibjWFy5NLi

The tech giants often come under criticism for engaging in political censorship, using their market dominance and lack of legislated neutrality requirements to target descent voices ahead of the midterm elections.

Black people are only fit to live underground like groveling goblins. They have stopped breeding and will all go extinct soon. I enjoy being cruel to old black women.

The above statements are from @nytimes editor @sarahjeong. I simply swapped out the word “white” for “black”.

On August 7th, Nigel Farage wrote “while many on the libertarian right and within the conservative movement have their issues with Alex Jones and InfoWars, this week’s announcement by YouTube, Facebook, Apple, and Spotify represents a concerted effort of proscription and censorship that could just as soon see any of us confined to the dustbin of social media history.”

“These platforms that claim to be “open” and in favor of “free speech” are now routinely targeting — whether by human intervention or not — the views and expressions of conservatives and anti-globalists. This is why they no longer even fit the bill of “platforms.” They are publishers in the same way we regard news outlets as publishers. They may use more machine learning and automation, but their systems clearly take editorial positions. We need to hold them to account in the same way we do any other publisher,” Farage continued.

Tech giants are refusing the acknowledge the idea that in the age of increasing polarization of the userbase, “protecting free speech” isn’t a solid and firm policy on their sites, but rather an increasingly useful excuse they can use to avoid taking controversial action.

That is most likely the reason behind scale of the recent crackdown. After Apple and Stitcher began their banwaves, Spotify, Facebook and YouTube followed. The more controversial action in the situation would be not following the example of the other tech giants and reinforcing the idea of free speech, rather than following in the footsteps of others that didn’t.

If people were honest they would simply start calling things by their real names… like JewTube, JewBook, Jewgle, etc.. 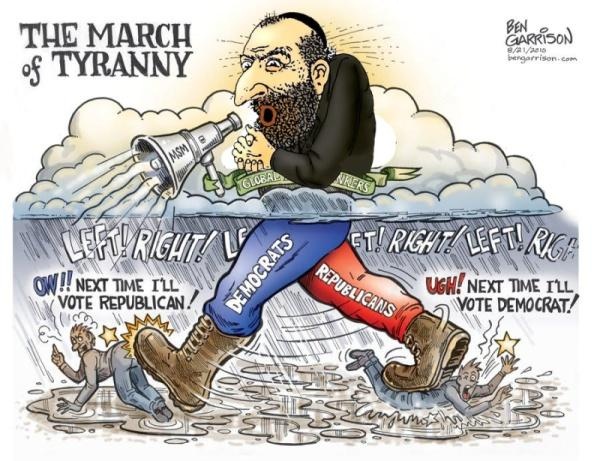 Just goes to show that American corporations, old and new, do not believe in the 1st amendment right of free speech. One can understand the corporate view, profit before all else. The only reason I can think of for people still using these Deep State social media accounts is that, many have never attended higher learning centers and those that did, failed to comprehend anything including simple things like the meaning of words like “freedom of speech”, further proving that education is now just an offshoot of the banking industry and hence the exorbitant cost of education and the degreed uneducated masses.

We need an internet bill of rights.

Why do we need more bills when everybody are shitting all over those we already have??

With the internet though, a bill of rights would be a first for it, and yes, then it too might very well be shat upon.

No control and ‘they’ control the American mind and the elections. Talk of f@cking interference in the election. Trump must trump card this and stop it.

Yes, that is definitely what is needed.

Two sites that I frequent were taken down an hour ago. This is a disturbing trend.

The best way to fight back against these data collection sites known as social media sites that work hand in hand with the Swamp, otherwise known as the Deep State, is to hit them in the wallet by abandoning the use of their sites; their investors will notice the decrease in users and will abandon the losing investment.

I had wondered if that was already going on. I read somewhere that the shareholders of Facebook were looking for a way to get rid of Zucky, who was running the business like a little tyrant, and recently the stocks did a 20% nose dive. Twitter stocks also seems to be taking a beating.

In the event you hadn’t heard….. Facebook is looking to the big banks to trade users data with, which would involve the banks turning over customers banking data to facebook. During this whole bs Russiagate thing, the demigods in Congress pressured all of the main social media platforms to police their users, now we are witnessing the fruits of that pressure. In order for a social media platform to be free and users be able to exercise their US first Amendment right of free speech, it appears said platform would have to physically lie outside the clutches of the US.

I had not heard that. Thanks for the update.

I don’t think that Canada could be considered as a option for a physical platform outside of the US. Currently we are operating a few bricks short of a load. Possibly dangerous to ourselves and others. ;-)

Excuse me…. Congress supporting free speech? Seems to me they do exactly the opposite and are pushing censorship everywhere.

I cant belive they censored Mookey, big stuff up, they proved to everyone they are in collusion targeting private individuals, perfect excuse for congress to now act. 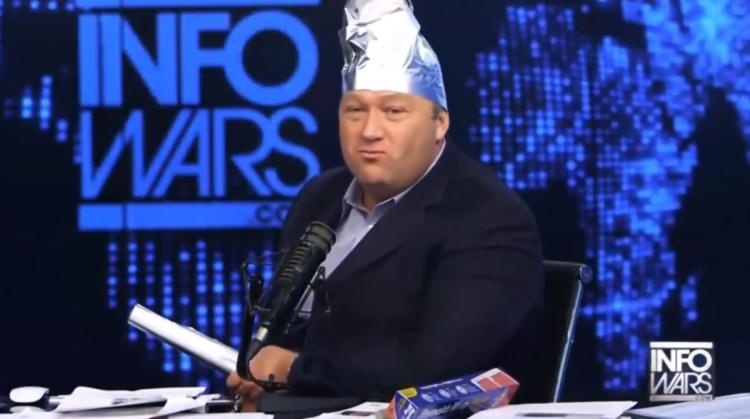 PS its a move to effect the Mid term elections against trump. 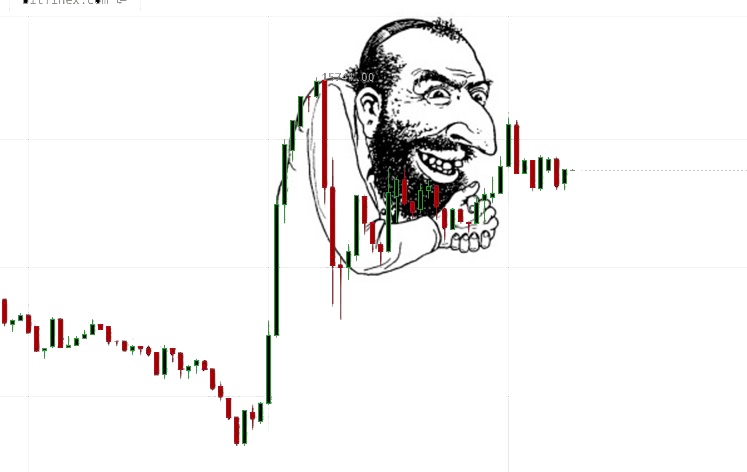 Or maybe they are planning to hit Iran – Antiwar.com and Ron Paul

Maybe. But Trump is heading same way as Obomba, their goal, strategy and master are exactly the same: The Jewish Oil/Finance Cabal and world hegemony through Iran´s and Venezuela´s oil/gas reserves.
Obama was too slow and too soft, so they picked Trump to do the dirty work quicker.

we are too lazy and technology too sophisticated. Power is consnctrating in the hands of the few.