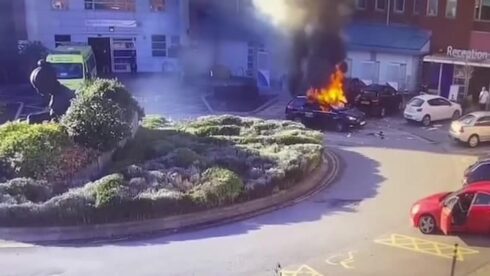 An attempted terrorist attack was prevented in the northwestern English city of Liverpool. Following the incident, terror threat level in Britain was raised to severe, as another attack is seen as “highly likely”.

On november 15th, the Minister of the Interior of the United Kingdom, Priti Patel, announced that the assessment of the terrorist threat in the UK has been raised to a serious level, after a car explosion took place near a hospital in Liverpool. The blast was classified as a terrorist attack. However, a failed one.

On November 14th, a taxi driver David Perry became a hero by preventing a terrorist attack. According to his claims, that morning a client asked to take him to the cathedral. It was a crowdy place, where more than two thousand people gathered for a service dedicated to the Memorial Day dedicated to fallen British servicemen.

Due to a traffic jam, the passenger changed his destination and asked to take him to a hospital. 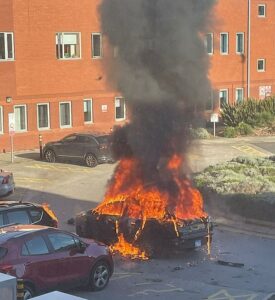 When entering the hospital territory, the driver drew attention to the suspicious behavior of his passenger and noticed his gun at the last moment. He made a decision to leave the cabin, and managed to lock his passenger in the cabin. Other reports claim that he jumped out of his car. A moment later, an explosion occurred, a few minutes before a minute of silence on the occasion of Memorial Day. The bomber died on the spot, David Perry was slightly injured.

According to the latest police data,  four men aged 20 to 29 years old, who are alleged accomplices of the terrorist, were detained as part of the investigation. The police informally confirmed that they had identified the suicide bomber, but refused to give his name.

That’s the Driver of the year.

Wouldn’t surprise me if the guy is one of our moderate Syrian rebels given asylum.

Maybe he is but jihadists are all foreign mercenaries run by different countries.

Maybe we’ll know when they find his passport in the exploded wreckage?

Your out of your league with garga, sit in your corner and be quiet!

Garga is friend of mine from the past. What’s your problem?

The gay incel strikes again. And Garga has said about a Greek friend of his when he met a girl from Corinth.

Suck each others dick.

Yanuqis, Wahhabis, Zion, your day will come
Reply to  Garga

Yanuqis, Wahhabis, Zion, your day will come
Reply to  Cromwell

Backward Sunnis are something else man. The whole thing is such a moronic event.

Doesn’t look like the driver got out until after the explosion. Car drives up to the front door explodes , a bystander goes to investigate and the driver gets out and starts to run away from the vehicle chased by the bystander . So how did the driver draw attention to himself. By Parking outside the front door rather than parking away from where people enter/ exit , good thinking , duh , and exits after the explosion. England , right hand drive vehicles.

An update with more information. The explosion happened killing the passenger then the driver got out of the vehicle so this story is bullsh^t about the driver preventing the attack and getting out of the vehicle BEFORE the explosion locking the attacker in the car. That is borne out by the video itself . The driver is lucky to be alive and no apparent serious injuries’. Maybe eardrums got blown out but hopefully he is OK.

First car bomb to have managed not to set off any car alarms around it.

I hope the British government is going to compensate the poor guy for his car.

How could he be a hero?! He drove the car right in front of the entrance knowingly or otherwise! I’m glad he survived though.

So the terrorist just gives up and kills himself in the car?

The fuking car door is locked, break the window, unlock the car, the fuk?

“A moment later, an explosion occurred”…say hello to Hollywood. HOWWWWWWWWWWWW? “noticed his gun at the last moment”… so you telling me he had a fuking gun but you know what he did? killed himself…What?

Fuk you SF you shit as shit. That is so movie-like BS thing I have seen for some time. Coming from British fukers, no thank you. Those fukers are the same as satan.

They must’ve make public,those involved must be name to the public!!