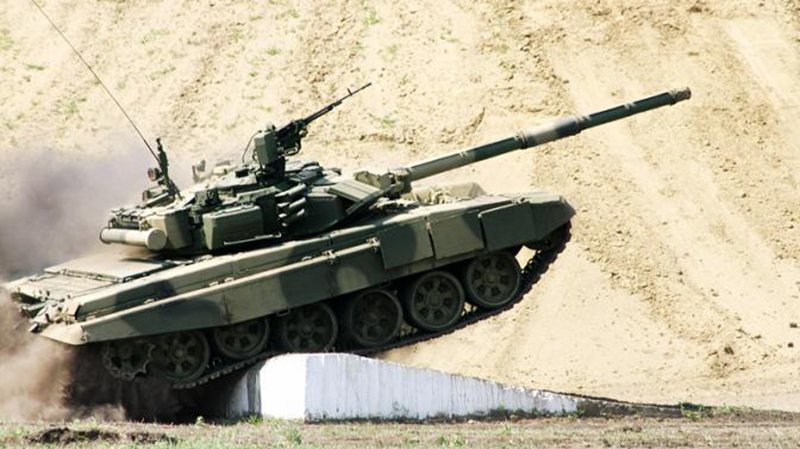 Original by Aleksandr Sitnikov published by Svobodnaya Pressa; translated from Russian by J.Hawk

Iran’s Central Bank Chairman Valiula Saifa, in the near future Tehran will receive $30 billion which were frozen due to Western sanctions. This money will most likely be used to procure new weapons, judging by the statement by Ayatollah Khamenei on the need to quickly strengthen the armed forces. Even though the JCPOA (also known as 5+1) agreement prohibits Tehran not only build but also test missile weapons, but also procure advanced conventional weapons. It’s important to note that JCPOA does not deprive Iran of its right to self-defense.

This last formulation has been a controversial one from the beginning. US Senate Armed Forces Committee Chair John McCain was categorically against lifting the comprehensive arms embargo. Nevertheless the supporters of only limited restrictions won on the grounds that older weapons wouldn’t threaten Iran’s neighbors, especially Saudi Arabia.

On the other hand, the significant losses suffered by the Islamic Revolution Guards Corps (IRGC) fighting against ISIS on Syria’s territory suggest Iran’s military lacks combat effectiveness. In any event, that’s what many international security experts believe. “Iran’s military potential is very low,” writes Ben Moors, a leading expert at IHS Jane’s. “Tehran has no air force to speak of. Its navy is weak. Ground forces lack command and control facilities. If one is to look at the Saudi defenses, the kingdom imported $7 billion of weapons last year, UAE $4 billion, Oman $1 billion. Iran imported only $550 million.”

According to IHS Jane’s estimates, Tehran would have to import $40 billion of weapons to ensure an adequate level of security. Iranian politicians and soldiers are naming similar numbers. The urgend need to carry out a military modernization was the main reason Khamenei agreed to the nuclear deal. Influential Saudi political scientist Jamal Khashoggi predicted that after Assad’s army’s defeat (were it to take place)  mobile detachments of the Islamic State would invade Iran and spread chaos there. Syria’s example shows that fighting them would require mobile armored forces.

Indeed, Iranian Land Forces commander, Brigade General Akhmad Reza Pourdastan said that he “really hopes for rapid deliveries of T-90s and for Iranian specialists to go to Russia to learn how to operate modern equipment.” Iran is not only motivated by a sense of grievance. The events in Ukraine and the war in Syria demonstrated Russian tanks’ capabilities, whose reputation was badly damaged during the catastrophic war against Saddam Hussein. But now the T-90’s popularity is increasing, with India having about 1,000 of these vehicles in service where they earned a very positive reputation.

The choice of weapons is influenced by many factors, including the fact that the T-90 was created on the basis of the legendary Cold War-era T-72. That very same tank which was supposed to march toward the English Channel through the Fulda Gap. In the ’80s, Western experts considered it a very balanced and cost-effective fighting machine, and a more reliable one than the T-64 which was not well liked by Soviet tankers, to put it mildly.

The tank’s history, its characteristics, repairability, and ease of operation are all important factors. Moreover, military men, including Iranian ones, understand that armored vehicles are expendable in spite of their fearsomeness and high cost. Over 100 of the 140 M1A1 tanks supplied by the US to Iraq have been destroyed. ISIS militants claim they were easy to destroy. In other words, in a poorly prepared operation all tanks burn, no matter how expensive they are. The US demand $2.4 billion from the Iraqis for the next batch of 170 M1A1s, or approximately the same amount as India paid for its 1,000 T-90s.

The number of armor available in a conflict does matter. Out of the 700 elderly early-model T-72s which the Syria bought from USSR, 300 are still in service in spite of their obsolete armor protection and many years of fighting. The Syrians are in general agreement these tanks play a very important role. In short, Tehran knows what  it’s buying.

Persian political scientist and military expert Abutsar Bagheri writes that Iran fully realizes that buying a large number of T-90s would support Russia’s economy. In other words, both sides need one another, and that emerging alliance, although based on calculation, is destined for strategic cooperation. It’s laos clear that the tank contract will cause considerable displeasure and anger within two major power centers, US and Saudi Arabia. “But Iran has always said that it will take measures to protect not only its national interests but also the oppressed nations of the region,” Bagheri cites Khamenei’s words. “Our military instructors and advisors are in Syria and Iraq today in order to help these countries fight terrorists.”

And tomorrow…Tomorrow will depend on the Saudis’ treatment of its Shia minority. The cruel execution on January 2, 2016 of Nirm Al-Nirm, a prominent Shia cleric, frightened even the US. Mohsen Milani, the executive director of the Center of Strategic and Diplomatic Studies at the University of South Florida, pointed out that John Kerry demanded al-Nimr’s release on many occasions. Washington reminded the kingdom that Saddam Hussein’s execution of Mukhammed al-Bakir al-Sadr in April 1980 became “the reason for the war between Iran and Iraq, which started six months later.”

“Even though the JCPOA (also known as 5+1) agreement prohibits Tehran not only build but also test missile weapons, but also procure advanced conventional weapons.”

I.E. the aim was to prepare Iran for an invasion, just like Iraq was.

The assessment of Janes disregards the fact that Iranian army is a defensive one. It totally ignores the missile forces, the huge anti-ship investment and the big recent investements on the development of air defense systems.

Furthermore their assessment about command and control of Iranian armed forces is off. Iran has the experience of a long war and it has reorganized its armed forces several times during the last 2 decades.

Well I have filling that these journalist or who ever write this analysis is blind in terms of military knowledge,probably never served any kind of military…Iran stocks or balistics missilies are higher than whole Nato ..also AShM and ASBM,air defence network is one of the strongest in the world..and for example just look F-14..for example f-14 perfomance is still better than 99% of modern fighter jets in world …and if integrated with air defence + ..well..that is why they deployed F-22 in UAE .Iran submarine force are very capable..more than 35 subs and 80% of them are capable for fight in shallow waters,Iran stocks of see mines are also ignored…they poses most advanced see mines and in huge numbers,Iran produce few most advanced anti-tank missiles based on TOW and Kornet-e….well this is totaly B.S and also writer is stack in ’70 …doesn’t know what modern battlefield is and doesn’t know Iranian doctrine which is Asymetric..which mean their goal is not to race with numbers

Not much has changed from WW2, where cheaper tanks are better than more expensive ones, because in the end it matters who gets the first round in.

The amounts spent by GCC countries for western weapons serve their defense mainly as an expensive bribe, forcing USA and allies to defend their most lucrative customers. Thus offensive capability of GCC is “very modest”, but on the defensive, NATO air force can stop an invasion across the Gulf or across the desert. Kuwait has to avoid treating their Shia too badly.

Yes, Iran has its defensive needs, but first priority should be civilian economy. You can look at Ukraine to see what happens when the government thinks only in terms of dangers, revenge etc. while economy sinks and conscripts exhibit scant enthusiasm.

south front really need to get a native english speaker syntax checking their written reports. the english is fine in there videos, but the awkward phrasing here is annoying.

The best defense is a good offense. Also, Iran will use 10% of the money for military. And the 90% for safety, civilian infrastructure. And research and agriculture. Iran has the lowest per capita spent on Military in the whole region.