The Saturday multilateral talks on Syria in Lausanne have ended without any final document. However, the participants have agreed to continue contacts in the near future. The Saturday talks on Syria between Russian Foreign Minister Sergey Lavrov and his US counterpart John Kerry in Lausanne have ended without any final document, the Interfax news agency reported. According to the news agency, any statements for media are not planned.

Earlier, sources in the delegations announced that the multilateral talks on Syria in Lausanne have ended. Reportedly, a number of bilateral talks was held ahead of the main meeting between Lavrov and Kerry. According to reports, Turkish and Qatari diplomats have also held a bilateral meeting, while UN Special Envoy for Syria Staffan de Mistura has reportedly met with Lavrov and Kerry separately.

“We have clearly expressed that we want to start the political process as soon as possible, without any delay,” Lavrov noted. “There are several ideas that have been discussed today in this circle, represented by quite influential countries, which may influence the situation,” he told journalists on Saturday night.

“We have agreed that we will continue contacts in the coming days, counting on some agreements, which will help to promote the settlement,” the Russian Foreign Minister pointed out.

In his turn, US Secretary of State John Kerry called the multilateral meeting on Syria in Lausanne constructive.

“The meeting was held in a constructive way,” Kerry told Interfax.

Talks on Syria in Lausanne Ended Without Any Final Document

That’s OK. I brought my own “final document” for that meeting. LOL. 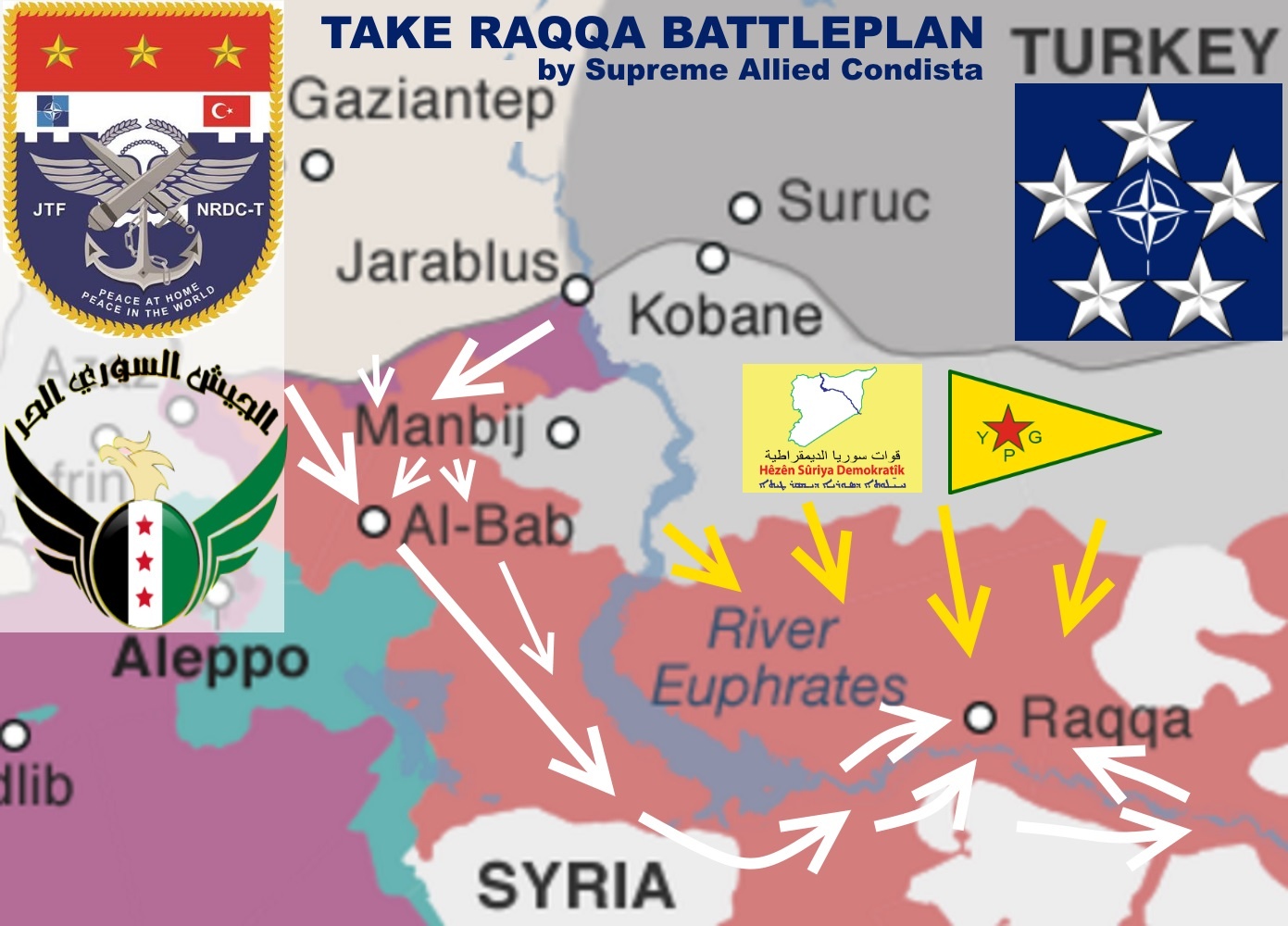 Key features of my battle-plan are

3. Fighting elsewhere in Syria wherever it is possible for the parties to the Syrian civil war to agree should cease, at least temporarily, for negotiations to facilitate the delivery of humanitarian aid and / or the relocation of civilians to safe zones.

Supreme Allied Condista is a supporter of Condoleezza Rice.
http://supremealliedcondista.newsvine.com/ 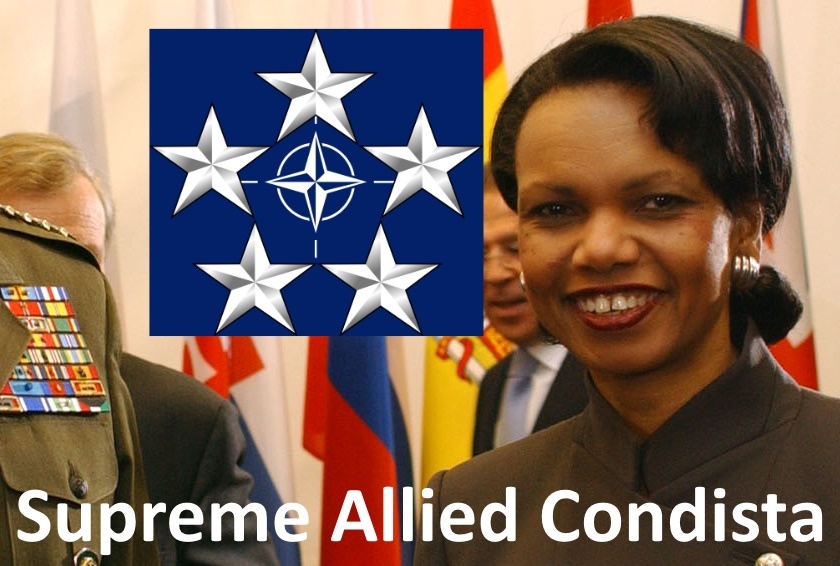 condi my name is bob. nice to see you again.

You ought to know better by now. Just because you can see a person’s photograph on the internet, it doesn’t mean that the person in the photograph can see you, or can read your comments.

Supreme Allied Condista is a supporter of Condoleezza Rice.

i like your idea with the Supreme Allied Condista is a supporter of Condoleezza Rice. i think it’s a great concept ^,.~

What a Dweeb… How about ending this illegal action/WAR against Syria then together defeat and destroy ISIL not chase them from place to place. You are an intelligent person and you know that there is no legal reason why the US in Syria. How many nations are supporting terrorist in Syria? There are only a few countries that are legally there and Russia is one of them. Let us jump ahead to propaganda…The picture of the little girl whom was pulled out of the rubble of a bombing was in all the major newspapers in the world and it was tragic. In contrast, when the little boy was pleading to be shot by the terror group that the USA supports, as opposed to being beheaded,they made jokes and cut the 12 year old childs’ head off for all to see. Nevertheless I have seen only 2 newspapers cover this tragic story. Why? because so called moderate terrorists are supported and supplied by the USA and/or its allies. I pray for Syria and I pray for the USA. God Help US!!

What about Crimea? That obviously broke international law. I do agree with you however America should not be there.

Broke what? You don’t even know you’re an illiterate idiot.
btw, have you found what bolshevik (or bolshoi) means, or still wondering?

Taking things out of Langley is illegal. Even the dumbest plan may cost you a career.

Well I wouldn’t know. Since you seem to know how things work at Langley can you show them a copy of my battleplan? And the Pentagon too?

Thanks! We’re definitely going to win the war on terror now!

Have you escaped from an institution? Been off your meds?