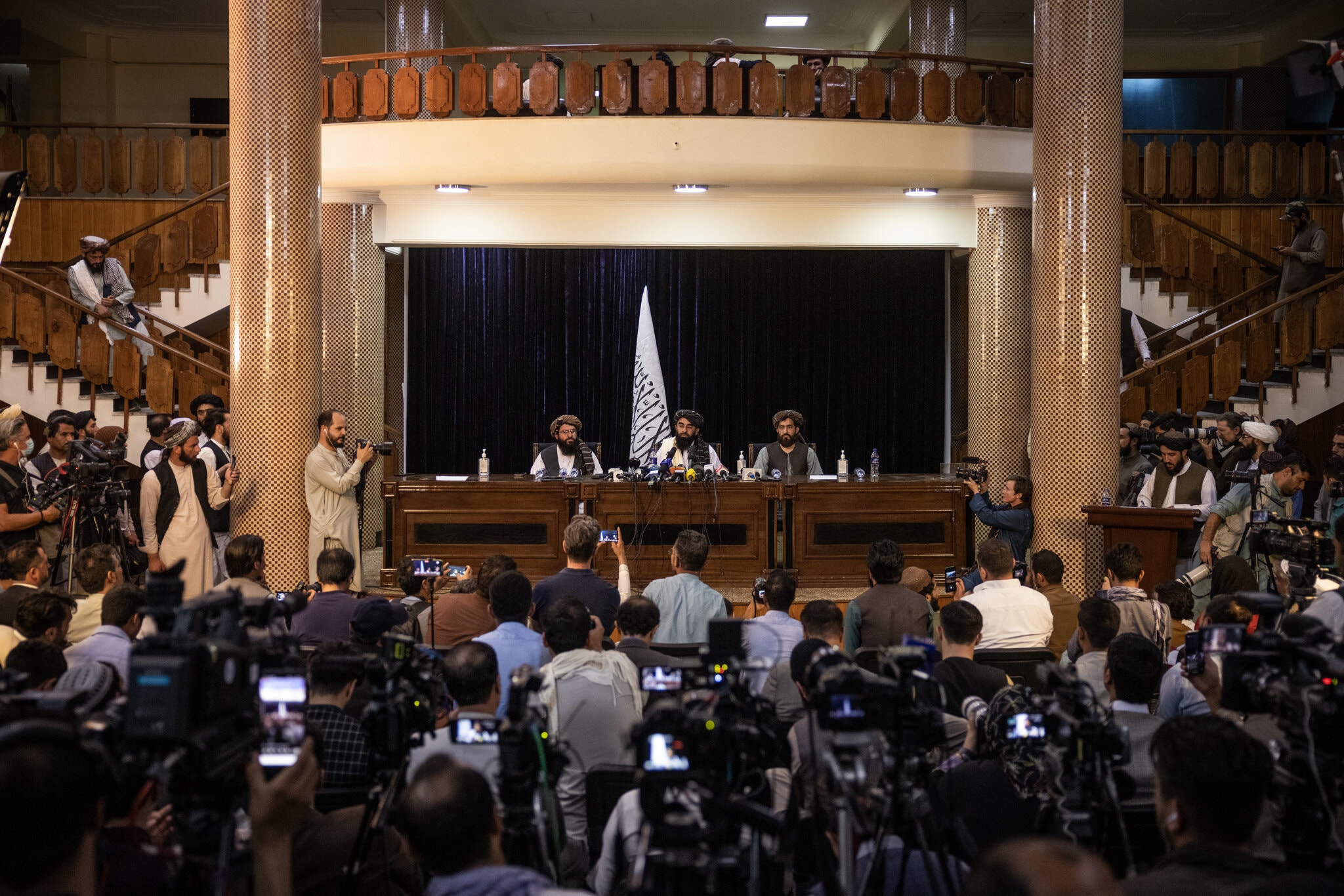 On August 17, the Taliban had the first press conference, following the group’s leader and co-founder returning to the country.

Today, the group is portraying itself in a different way than it did back in 1990s. The Taliban are now acting as a more moderate movement. Thus, after taking control over the country, they organized a large conference to reply to the most important questions on their rule in the country.

When asked on the difference between the new Taliban’s government and the one 20 years ago, a spokesperson Mujahid claimed that that “the group has evolved and will not take the same actions they did in the past.”

Mujahid assured the group’s commitment to protect the rights of media workers and that there will be no discrimination against women. Previously, women were allowed to work on TV, and were welcomed in the new government.

“They are going to work shoulder to shoulder with us.” – Mujahid claimed.

Private media will be allowed to continue their activities, being free and independent.

When asked about freedom of speech, the representative of the Taliban replied: “You should ask this question to companies like Facebook, which carry out censorship, but at the same time declare freedom of speech.”

After declaring the general amnesty on August 17th, the group once again stressed that it would not enter persecute anyone who served in the previous governments, worked with foreigners or were part of the Afghan National Security Forces.

Taliban spokesman Mujahid says group won’t allow Afghan territory ‘to be used against anybody or any country’.

The same day, Taliban’s co-founder and second-in-command, Abdul Ghani Baradar, reportedly came to Afghanistan from Doha. He is seen to become a new President of Afghanistan in the near future. His arrival may be a sign of a close deal on a new government in Afghanistan.

However, if may face a resistance of the Afghan Vice President Amrullah Saleh, who said the, under the constitution, he should be in charge after former President Ashraf Ghani left the country.

One of the Taliban’s first acts in power was to confiscate firearms owned by civilians. In Kabul, fighters claimed the collecting of weapons because “people no longer need them for personal protection.”

The same day, the group warned that U.S. troops have to leave Afghanistan by Sept. 11. The 20-year anniversary of the terrorist attacks in the U.S. that led to the war on terrorism.

Several years ago there were unverified claims that the Chinese have military bases near the Wakhan Corridor and in Tajikistan. I would be surprised if the Chinese would establish a military base in Afghanistan. A civil war would put their bases in jeopardy. Thus far, the Chinese are risk adverse to such policies. They know that the US would subject them to the same treatment as the Soviets received in the past.

US & EU are Zion slaves
Reply to  Alberto Bohon.

Copy and paste, also back to what Jim said which what I agree with.

– Jim Allen “China, and Russia are NOT supporting Taliban. After meeting’s, question’s, and agreement’s made, China, and Russia are protecting their interest’s in the region, as they observe, and continue to communicate with Taliban, as requested. If/when the two countries are satisfied with Taliban performance, then support will begin. This isn’t difficult to understand, but perhaps your prejudiced mind, and willful ignorance is too big an obstacle for you to overcome.”

Doha? I’m surprised the US allowed this guy to live IF Baradar was hiding in Doha.

He was openly staying at the Taliban office in Doha, not “hiding”. He was arrested in Karachi by Pakistan in 2010 and kept in prison until released at Amerikastani pressure in 2018 because by then Trump was desperate to get out of Afghanistan and needed to show goodwill and also have someone senior to negotiate terms.

talk the talk, walk the walk. Russia, China, and Iran still waiting to see how much the “new” Taliban change.