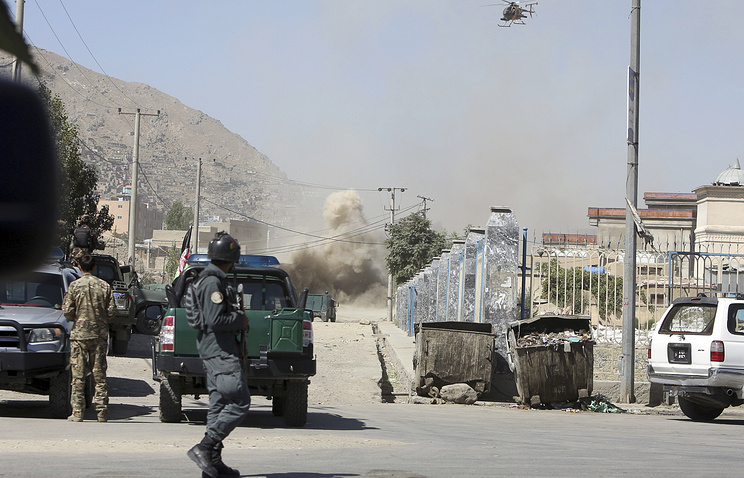 The Taliban (outlawed in Russia) is ready to hold negotiations with the government of Afghanistan only after reaching a deal with the US on a timetable for the pullout of foreign troops from the country, Director of the Ministry’s Second Asia Department and Kremlin Special Envoy for Afghanistan told a press conference on Monday after the second meeting of the Moscow-hosted consultations on Afghanistan.

“They [Taliban] have outlined their plan of action in detail. (They) said they will be ready to speak with the Afghan government only after fixing a timetable for the withdrawal of all foreign troops from Afghanistan with the US,” he added.

“As confidence-building measures under a preliminary plan, the Taliban demand that all political prisoners be freed and anti-Taliban sanctions, which were imposed back in 1997, be lifted,” the diplomat pointed out.

The second meeting of the Moscow-hosted consultations on Afghanistan was held on November 9. Senior diplomats, special representatives and supervisors from Russia, Afghanistan, India, Iran, Kazakhstan, Kyrgyzstan, China, Pakistan, the US, Tajikistan and Uzbekistan participated in the event. The Taliban’s political office delegation attended such international meeting for the first time.

You will know the American empire is dying if the US withdraws, from any of the countries it has invaded.

The empire will not be missed.

There will be no mutually acceptable deal, as seen here the Taliban is making a total withdraw the absolute prerequisite for even talking about permanent peace.