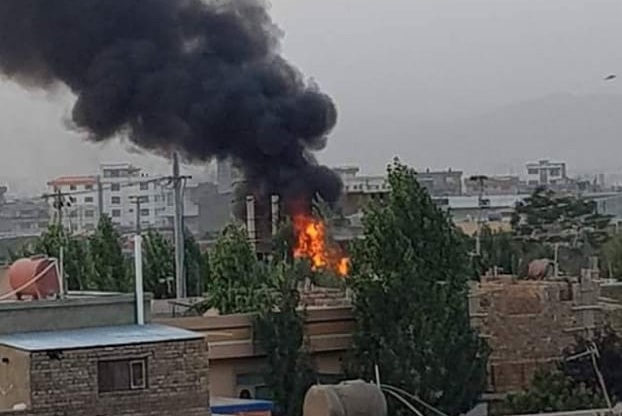 On July 26, a suicide vehicle-borne improvised explosive device (SVBIED) exploded near a convoy of the Afghan National Directorate of Security (NDS) in the area of Company in the Afghan capital of Kabul, according to the Afghan TOLO TV.

A spokesman for Kabul police chief, Hashmat Stanekzai, told TOLO that four personnel of the NDS were killed as the result of the attack. Stanekzai added that the Afghan National Police (ANP) is investigating the incident.

“The investigation is ongoing into the attack and more details will be shared soon,” Stanekzai said, according to TOLO.

Few hours later, the Taliban claimed responsibility for the SVBIED attack through its news agency, “Voice of Jihad.” The Afghan group said that “tens” of personnel of the NDS were killed and injured in the attack.

According to Voice of Jihad, the SVBIED attack in Kabul is a part of its spring offensive, codenamed “Operation al-Khandagh”, which was launched on April 25 in response to Washington’s decision to increase the US military presence in Afghanistan.

TOLO said that the convoy was of the NDS’ “01 unit” which killed dozens of Taliban fighters in a series of security operations over the last few months. However, the Taliban claims that the unit raided civilian houses, mosques and Islamic schools.

Message to Canada, the Democrats are 1/3 of Amerikkka. You can’t eliminate them all. They will just change their name to the Socialists of America with the same ideology. The same is true for jewamerica, the Taliban supporters are a huge chunk of Afghanistan. If they stop with the Taliban, they could just change their name to the Towel-E-bun, but the same ideology.

The Taliban offered to hand over Bin Laden in 2001 when proved proof of his involved in 9/11.

It turned out “Israhelli art students” (Mossad agents) did 9/11: