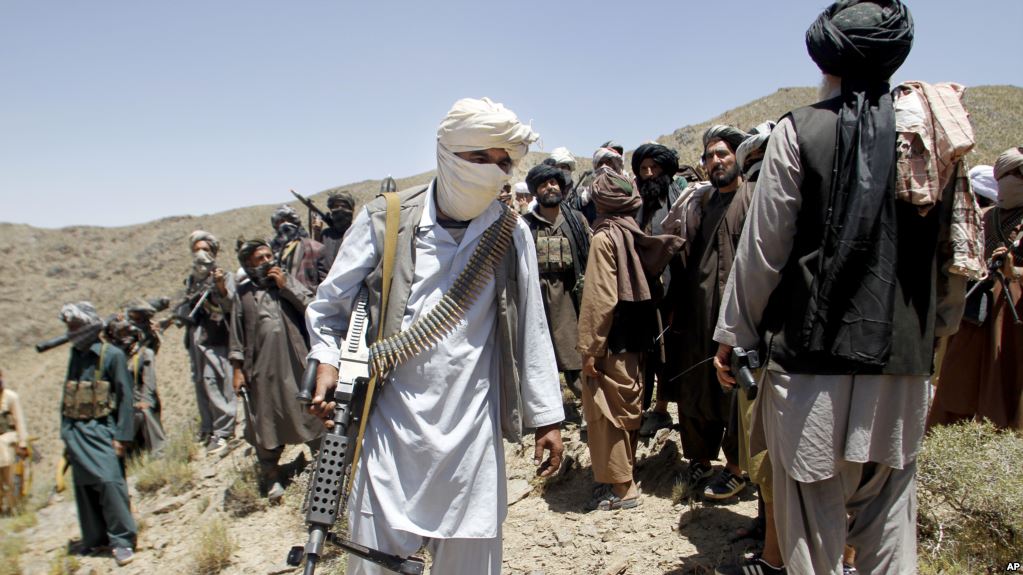 According to US and Afghan officials, the current Taliban strength is at least 60,000, NBC News reports. This figure is three times higher than the previous estimation accorindg to which the movement strength was 20,000 in 2014.

“As Kabul reels from a deadly wave of terror attacks, the numbers tell the tale. The percentage of the Afghan population under the control of the central government has slipped, the land mass under the control of coalition forces is shrinking, and the number of Taliban fighters may have doubled in the past four years.

An Afghan official told NBC News earlier this month that the Afghan estimate of Taliban strength is also 60,000. That marks a significant increase from the estimate of 35,000 that Afghanistan’s TOLOnews attributed to an Afghan defense official in 2011.“

NBC News continued saying that the US military does not release its estimation publicly because it just does not know for sure how much members the Taliban does have now.

“The U.S. military does not release official numbers on how many Taliban are in Afghanistan. One U.S official called such estimates a “fool’s errand” because the fighters often change their allegiance from one terror group to another.

“It’s a wildly varying planning figure,” the official said, explaining the U.S. military needs a marker to plan to fight but is hopeful many fighters are not ideological and will eventually lay down their arms and “find a reason to identify with Afghanistan nationalism and the larger good.”

Part of the reason for the apparent increase in Taliban strength is integration between the Taliban and a separate group of Islamist militants, the Haqqani network. According to the Pentagon’s June 2017 Enhancing Security and Stability in Afghanistan report, “Haqqani and Taliban integration has become so robust that many observers no longer look at them as separate entities, but as factions within the same group.””

The growing influence of the Taliban in Afghanistan clearly shows a collapse of the US strategy in the war-torn country. Washington has not been able to consolidate its influence there and to establish a powerful pro-US regime there.

No problem. We will fight to the last Afghan.

We will tell our puppet govt not to negotiate w/the Taliban, blame Afghanistan, the Russians, or whomever, they will do our bidding since they are totally dependent on us. We will use Afghanistan as a base to bomb that country until its powder, and fracture into something even worse.

Gℴℴgle paying to new employee $98 per-hr to do some small tasks from the comfort of home .. Work Some just few hours daily & enjoy greater time together with your relatives … Anyone can avail this special offer…on Sunday I got a top of the range Saab 99 Turbo after just making $17523 this five weeks .it’s certainly the most comfortable work but you may not forgive yourself if you don’t learn it.!pe78y:∭∭∭ http://GoogleInternetMarketingUpdateWorkFromHome/find/jobs… ♥i♥g♥♥♥f♥u♥f♥♥♥n♥♥z♥♥w♥♥♥m♥♥♥t♥u♥j♥♥♥u♥x♥♥♥t♥♥v♥d♥♥h♥♥♥s♥♥p♥♥♥n♥♥e♥♥w♥♥♥y♥i:::::!re613i:lhu

as
Reply to  Jason Sixx

Perpetual chaos and endless instability is the objective. Resources and occupation political cover is just a bonus. So well it’s not really a failure in their books. Streams of income keep coming to the guy that paid to supply these occupying forces for years.

“such estimates a “fool’s errand” because the fighters often change their allegiance from one terror group to another”….. this is acknowledged in Afghanistan, but completely ignored in Syria. How convenient.

So 17 years and few trillion USD later, War on Terror is as good as lost. But don’t worry, once the Taliban reach the magical number of 70.000, MSM can always rebrand them as “moderate rebels” and declare victory, again…

In those 17 years all the sons of the first guys killed by the US have grown up to become adults themselves.

Yep. Payback’s a byatch – especially in a country where blood feud is the only rule everyone abides by…

Yes, the next wave is in the house.

Yes, the children at that time will be now the new HEROS needed by USA.

US foreign policy in Afghanistan: If we don’t stay there and repeatedly fuck up in all our clownish attempts to ‘help’ the Afghanis, then someone else (we don’t like) might go in there and help them instead.

The reason the US will never ‘win’ in Afghanistan is exactly because they’re fighting the Taliban. The Taliban and their Saudi-Wahhabi nutjob religion are unpopular in Afghanistan and only exist in any numbers today because they ride on the coat-tails of the Pashtun insurgency. Pashtun hate any and all Afghan invaders (the US) and their puppet regimes (the internationally-recognized, corrupt US puppet government in Kabul). The Pashtun were fighting the Taliban at one time until their mutual hatred of the US/Western invaders made them allies.

If the US could wave a magic wand and make all Taliban disappear today, they would still have about 14 million Pashtun out of the 34 million Afghanis that resent any and all US presence or involvement in their country. Other ethnic groups share that opinion to varying degrees. Mix in corrupt government and aid administration, US intelligence-agency NGOs and the thousands of psychopathic mercs the US hires for ‘security’, and you’ll still have a US ForeverWar® without the Taliban (or ISIS or al Qaeda).

The US ‘efforts are absolutely hated among most of the population in Afghanistan and my leaders have no clue about this. They made their entire puppet Afghan government and military dependent on our arms and aid, and then think their leaders are going to give them an honest answer to, “Are we doing the right thing for you, here? Are we helping?” The honest answer they’ll never hear is “NO! Get the fuck out of my country. We’ll figure it out ourselves.”

This is the probable reason offered by the CIA in a press release from reality news,”But -but -but we need our Air America ” according to a CIA informant.

I thin, a zero must be added to this number very soon.

If the Neocons didn’t give this Taliban’s man-pads and other weapons via congressman’s personal wars against Russia , today Afghanistan wouldn’t existed, was going to be a part of soviet union, the Russians were making massacre of those “freedom fighters” called that way by the West, and Russia lost a lot of attack helicopters and jets cuz of those man-pads etc.what should now happen is Russia should provide the Taliban with same weaponry that the us was giving to those Taliban ‘s back in 1980’s. Man-pads,hornet launchers everything. So that US has to see how does it looks to be fucked in ass by someone from outside arming your enemies, that’s what should happen now, we all know even tomorrow the us congress decide to go in full scale invasion against Afghanistan Taliban’s the will fail on big, because in war invasion scenarios those 60k will be 150k, every possible reserve of the Taliban will be with rifle in its hands and today is 21st century is not 1979, today is too much easier to defeat modern invader on your soil in defensive formation. The US / The Neocons don’t have any strategy against Taliban in Afghanistan you better Trust that.