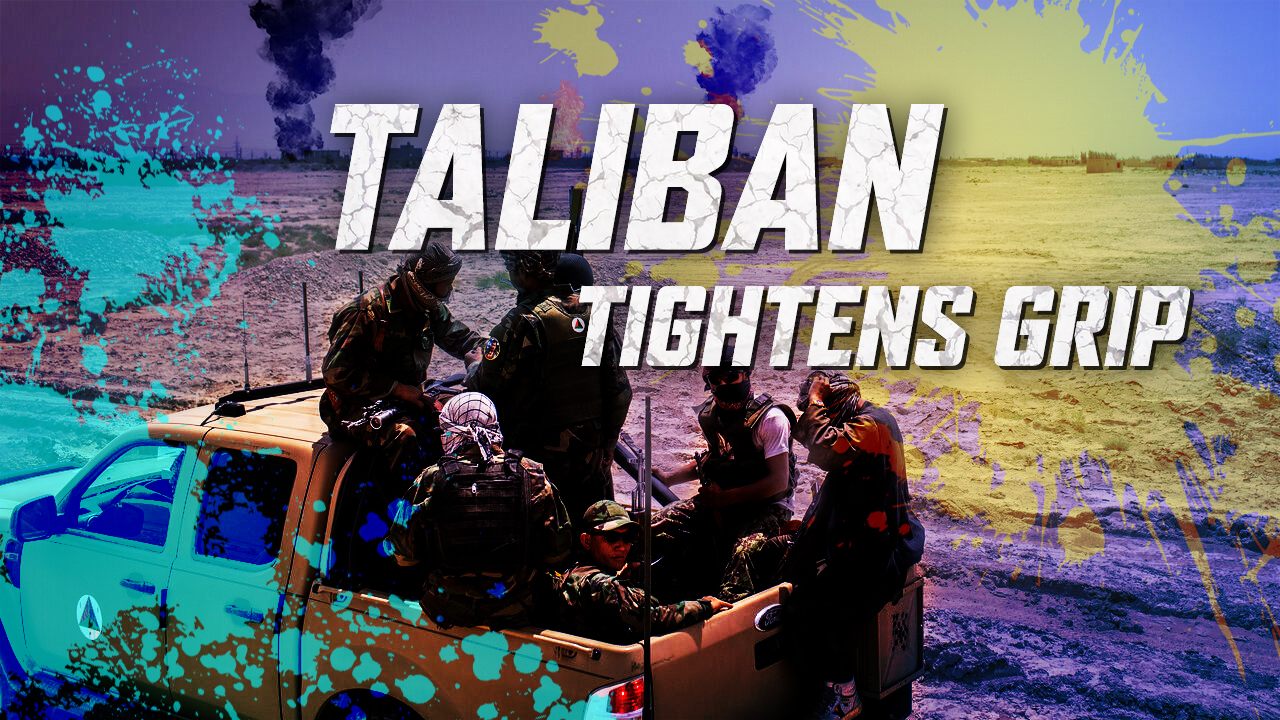 The Taliban has besieged the pro-government forces located in the Afghan province of Panjshir, according to the official representative of the movement Zabihullah Mujahid. The claim was made a day after the Taliban sent hundreds of fighters to impose control of the Panjshir Valley, where Afghan resistance forces have been amassing under the commander of Ahmad Massoud jr.

On August 23rd, Zabihullah Mujahid wrote on Twitter that Taliban forces had taken up positions in the Badakhshan, Takhar and Andarab regions near Panjshir.

“The enemy is under siege. We are striving for a peaceful settlement and are trying to resolve the issue through negotiations, ” –  he claimed.

Banu, Pol-e-Hesar and Deh Salah districts of Baghlan province that were reportedly taken by resistance forces came under the Taliban’s control. According to the leader of resistance Massoud jr., the districts were seized by local militia groups reacting to the “brutality” of the Taliban in the area.

Mujahid also noted that the Salang pass on the borders of Panjshir was free.

A terrorist with Pakistan nationalaity who was trying to enter Panjshir been killed by People’s Resistance Forces, today.
The video of the incident 👇

Panjshir that is mainly populated by the ethnic Tajiks remains the last large area beyond the Taliban’s control. U.S. and its allies may consider Panjshir as a “fortress” against the Taliban. After the fall of Kabul, Massoud jr. headed the local armed forces.

In response, the Taliban made a public appeal through the Russians, declaring their readiness to resolve the conflict peacefully. According to the Russian Ambassador to Afghanistan, Dmitry Zhirnov, one of the top Taliban officials came to the Russian embassy on August 21, claiming that the group was ready for a dialogue with Saleh, asking Moscow to transfer their public appeal to Panjshir officials.

As there was no response from Panjshir commanders, the Taliban claimed that their fighters were moving to the region to take it under their control.

Meanwhile, the opponents of the Taliban in Panjshir declare their readiness to fight the Mujahideen. According to reports, they have up to six thousand fighters in their ranks, including some regular units of government troops, as well as heavy weapons.

Without popular support at grass root level this is an uphill task For Ahmed Masood despite very active support from India and it’s spy agency RAW plus tacitly supported by USA/NATO especially by Britain Last time Northern Alliance had support from Russia,Iran etc Besides Taliban has done a lot of grassroots level work Lastly Panjshir valley is surrounded by mountains on three sides and only one way out If Tajikistan is not with Masood then his chances are slim

Again, the Jew is there behind the scenes, turning muslim against muslim:

The same french jew jew who fermented the destruction of Libya.

Exactly. I bet he sits on the Council of the Elders of Zion …

A Fellow
Reply to  Arch Bungle

Or admitting Muslim migrants into the West

Arch Bungle
Reply to  A Fellow

Muslims deserve a piece of the West.

It’s only fair after 300 years of the West trying to get a piece of the Muslim world.

“The Taliban has besieged the pro-government forces”

What “pro-government forces”? The Taliban are the government now, and even Wikipedia finally acknowledges that.

anyone can edit a wiki page.

Well the taliban being in governance in Afghanistan is the will of the afghan people, it.dont take wikipedia to tell you that does it?

A Fellow
Reply to  Michel LeBlanc

Well not the Panjshiris, clearly. Talks broke down between Massoud & the Taliban because he wanted Panjshiri autonomy to hold elections within the province & continue liberal rights backed by the results of such elections. The Taliban have insisted that Panjshir follow unitary emirate governance, and that Massoud just serve as an appointed official within that emirate.

There could be peace right now if the Taliban accepted autonomy for the only one of their 34 provinces to demonstrate a popular determination to fight.

Wizzy
Reply to  A Fellow

Well, he might just die insisting on elections. These are the Taliban, men who seem to not have the word defeat in their vocabulary.

David Herzog
Reply to  A Fellow

Hopefully the Taliban can smash these gangs before they can cause even more chaos in Afghanistan. Massoud is a zio-american puppet, as evident by his friendship with Bernard Scumbag Levy.

“Russia will NOT send military contingent to Afghanistan & has no intention of supporting Taliban terrorist group, says Moscow” The Taliban, recognized in Russia as a terrorist organization, announced that it had taken control of Afghanistan on August 15, declaring that it had taken over the entire nation, including its major cities and border checkpoints. On the same day, ousted Afghan president Ashraf Ghani fled the country. Syromolotov also explained that, despite the Taliban now being in control of a nearby nation, Russia would not remove the group from its list of terrorist organizations. Last week, Moscow’s special presidential representative for Afghanistan expressed the same view.

“For this status to change, the UN Security Council must adopt another resolution,” Zamir Kabulov told online publication Podyem, noting a new decree would have to be made for any change to be enacted in Russia.

Wizzy
Reply to  US & EU are Zion slaves

By the way, the Taliban don’t need anyone to remove them from any list.

More of the Jew behind the curtain:

I just spoke to Ahmad #Massoud on the phone. He told me: “I am the son of Ahmad Shah Massoud; surrender is not part of my vocabulary.” This is the start. The #Resistance has just begun. #Afghanistan #Panjshir #Kabul #LionOfPanjshir @ahmadmassoud01 pic.twitter.com/Xlj8mKKr1v

Yeah he flattened the Red Army, this is why the ruskies got to knock on his doorstep in Berlin.

the Taliban will crush the resistance of the Northern Alliance and the Jewish Zionist Bernard Levy will pay dearly in creating intrigue among the Islamic. The Zionist demons torment the lives of the Arab and Islamic people, and for that reason they must be fought daily. the ridiculous “resistance” of the Zionist slave Ahmad Massoud will be fleeting. and he will have the same fate as his father. wait.

”And say: Truth has now arrived and falsehood has perished, for falsehood by its very nature is bound to perish” Qur’an 17:81. Ever wondered why the Taliban always win? I mean it can take 20 years but they win. It’s cuz they stand for the truth, simple as that. Even if they may make mistakes like any human, they are genuine in what they stand for and any harm to anyone is not at all intentional. That is what truth is.

Do you kikes have anything more clever to say then that, your so called intelligence isn’t showing you hook nosed rat.

Prostitution is not a good part time job.