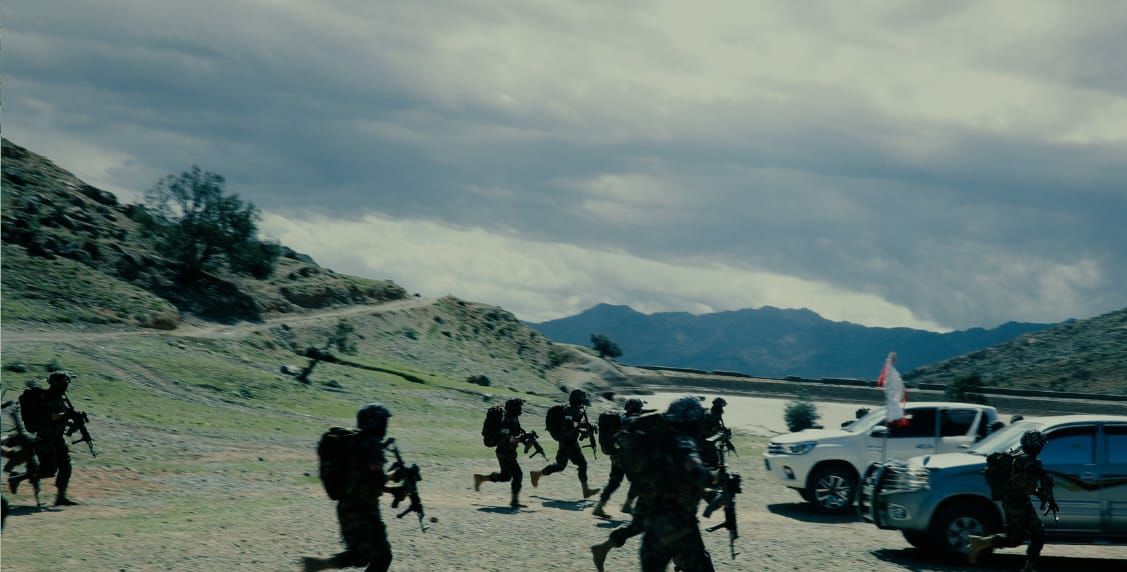 On August 1, the Taliban announced that its fighters cleared the northern province of Jawzjan from ISIS after a successful large-scale military operation, which lasted for several days. According to the Afghan group, the operation was launched from its positions in Jawzjan and in the neighboring provinces of Faryab and Saripul.

The Taliban news agency Voice of Jihad said that Taliban fighters killed 153 fighters of ISIS and seriously injured 100 others during the operation. Furthermore, 134 terrorists were captured.

A day later, Jawazjan’s governor, Lotfullah Azizi, announced that ISIS was defeated in the province and revealed that 250 fighters of the terrorists group surrendered themselves and their weapons to government forces.

“Today we don’t have anyone under the name of Daesh [ISIS] in Jawzjan, some of them were killed during the battles with the Taliban and some others were eliminated as a result of air strikes by the security forces. Over 250 of them have surrendered to the government along with their weapons,” said Azizi, according to the Afghan TOLO TV.

The Taliban said that the top commander of ISIS in Jawzjan, “Habiburrahman Rehbar,” and the local Mufti of the terrorist group, “Neamat and Sibghatullah,” were among the terrorists who surrendered to government forces.

Habiburrahman, who is accused of enslaving and raping dozens of women, said that the Afghan government has pledged to maintain their security and that they will not be prosecuted.

When asked about the crimes, which were committed by him and his men, Habiburrahman denied his involvement and said: “If someone comes up with evidence to prove this, we are prepared that perpetrators be served justice.”

The Taliban criticized the Afghan government’s deal with the remaining fighters of ISIS in Jawzjan. Moreover, the Afghan group accused the NATO of carrying out airstrikes on its fighters during their operation against the terrorist group.

While the deal with Habiburrahman prevented a larger battle in Jawzjan, it remains questionable. Allowing such terrorists to escape justice is a serious threat to the security of the province and the country as a whole.

Daniel Castro
Reply to  as

Actually it is the other way around, IS are NATO ground forces…

As my humble memory serves me, talibans are also USA/CIA product, the echo from the past interfering the present.

They might have been in the past, now they are fighting against USA puppet government in Afganistan.

if this isnt an eye opener nothing will. Unfuckingbelievable….ISIS not being prosecuted, taliban bombed while they the taliban are fighting ISIS…when they see no other option they surrender to government(NATO) and they say “hey welcome to the peace process, you are full heartly invited”

a fucking jew director in hollywood couldnt make this story up!!

Sure is. I thought I was reading satire and then realized this is actually what happened. The Afghan puppet government should adopt as a motto a famous line from Shakespeare’s MacBeth:

Witches chanting around a bubbling and hissing cauldron – What is fair is foul and what is foul is fair (they cackle in unison).

And after adopting this motto, we can imagine the puppet President Ghani coming to stand before a great mirror and ask: Mirror mirror on the wall, who is the fairest of them all?

Mirror – you got this one, you the man as there is no one fairer then you!

F*#! Afghan Government! We knew that Daesh is a western helping hand, but this tops it all. Nice cuddly Daesh boys, come here…