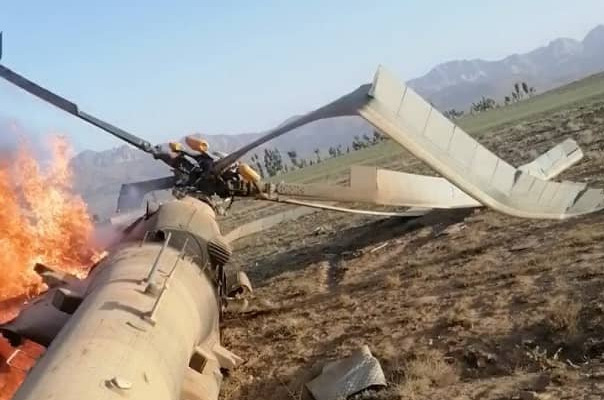 On June 9, the Ministry of Defense of Afghanistan announced that a Mi-17 military helicopters had crash landed in the district of Jaghato in the central province of Maidan Wardak.

This was the second such incident this week. On June 7, an Afghan military helicopter, also a Mi-17, crash landed in the central province of Daikundi. Back then, the Taliban claimed that the helicopter was shot down by its fighters.

The Afghan Air Force operates around 50 Mi-8\17 helicopters in its “Special Mission Wing.” These helicopters are mainly used to support the special operations of the Afghan National Army Commandos.

A helicopter of the Jews’ installed government in Afghanistan that was guarding the Jews’ US Tyranny’s Z(C)IA’s poppy fields crashed or was shot down. Fixed it.

Rula Ghani, she is Zion btw.

It’s twenty years since the US invaded Afghanistan this year – what did they achieve after initial routing of Taliban regime in 2001? Its all going to go full circle, and Taliban will take Kabul after US fully withdraws – possibly surprisingly quickly – everyone knows it, and US officials have been delaying their pull out for years to avoid the embarrassment off it all occurring on their career watches.