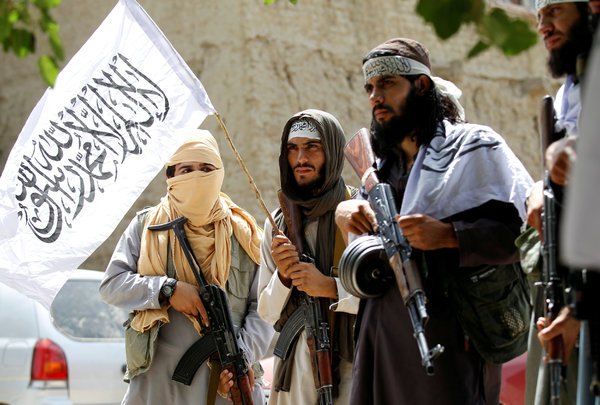 Taliban fighters felt “angry” and “betrayed” after discovering that US troops had disabled dozens of aircraft before completing their withdrawal from the Afghan capital Kabul, the Al Jazeera English reported on September 1.

US troops withdrew from Kabul airport on August 30. Before departing, the troops “demilitarized” 73 aircraft, according to Gen. Frank McKenzie commander of the US Central Command.

Al Jazeera reporter Charlotte Bellis who toured Kabul airport right after the withdrawal revealed that the Taliban had expected the Americans to leave warplanes intact for their use.

“When I said to them, why do you think that the Americans would have left everything operational for you? They said because we believe it is a national asset and we are the government now and this could have come to great use for us,” Bellis said in the report. “They are disappointed, they are angry, they feel betrayed because all of this equipment is broken beyond repair.”

Currently, 48 aircraft of the former Afghan Air Force (AAF) are in the hands of the Taliban. It remains unclear how many of them are actually operational. In the last few weeks, the Taliban was only able to operate few Mi-8/17 and UH-60 Black Hawk helicopters.

The US provided billions worth of military equipment, including modern counter-insurgency warplanes, for the AAF. Yet, it failed to stop the Taliban. Dozens of US-supplies warplanes ended up in Turkmenistan and Tajikistan.

It remains unclear if the Taliban will be able to maintain and operate what’s left of the AAF. The group will definitely need foreign support to do this. The US may offer the needed support under the pretext of cooperating against ISIS in Afghanistan.

Even if these planes were left in operational shape, it takes having a skilled crew and a steady stream of parts/fuel etc keep planes flying so these guys are dreaming….

only Iran can resurrect them……depending upon if the leadership decides to help the talibunny. No other way out!

They have already been trained and the damaged equipment is easily salvageable.

This is all going according to plan.

The Taliban is going to be America’s new proxy army.

“The US may offer the needed support under the pretext of cooperating against ISIS in Afghanistan.”

That was what I expected. The pieces are all coming together.

You can’t be betrayed by the enemy lol. But if the gear belonged to the AAF then Amers had no right to disable another countrie’s air force! IF they are disabling their own aircraft then by all means go right ahead but this belonged to AAF. But this wasn’t surprising AT ALL lol. I mean you’re dealing with a country that just killed 7 kids in an airstrike to justify supposedly killing 1 ISIS dude which was probably a lie as well.

don’t get a small hard-on……..these were literally gifted to the ANA since theys wuz muzlim toady……not much else to look here. The only way out is if the illiterate talibunny approach Iran for help. Iran’s a master at recovering sabotaged shit via reverse engineering/ retrofit/ existing self sufficiency/ local production/ manufacturing. Iran can recover all these airframes no problem, contingent on the leadership decisions in Tehran.

Iran can repair those Aircrafts.

Khamenei has to approve bro……..we need to be sure these guys are civilized now and will work toward recovery and rehabilitation of their country. Get a sense of nationhood and quit killing each other over petty shit.

The Taliban are morons for allowing the US to control the airport during their retreat. Its more befitting these yankee losers that the Talibs should have been shoving rpg’s up the Yanks arses as they fled then at least they would not have had the time to do plane and paper shredding. Being honourable doesnt work with these White Fucks. Anyhoo, the Afgans were setup to be a puppet state – so they would never been able to protect themselves with Anti aircraft and fighter jets. The airforce equipment was optimised for anti insurgent Ops, not self protection against external national threats

Now that America’s mission is accomplished in Afghanistan, Iran is about to look like Syria.