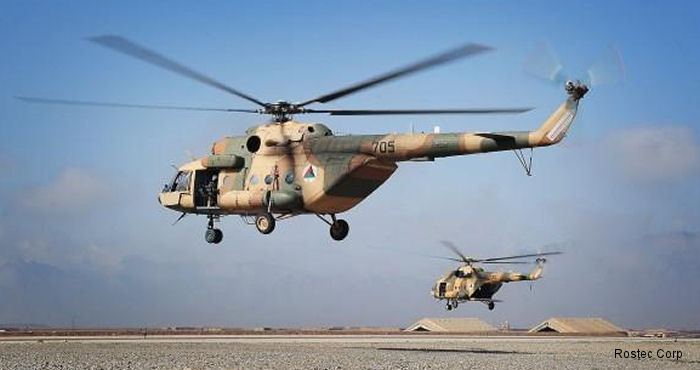 According to the report, the first helicopter was downed at 6:00 pm local time in the Clink area in Ajristan district on September 6. It is not clear how much people were killed or wounded in the incident.

The second helicopter was allegedly downed in the same area on September 7 when 3 helicopters arrived to transfer the wounded pro-government fighters and the wreckage of the crashed helicopter. Taliban fighters opened fire on the helicopters and one of them crashed in Malistan district.

However, the Taliban media outlet was not able to provide photos or videos of the allegedly downed helicopters.

NATO forces and the Afghan government have not commented on the Taliban claims.

It is only a technechal error as usual

No problem. The US is thinking about replacing Afghanistan’s venerable but aging Mi-17 fleet with UH-60 Black Hawks. They ‘created’ the need by not funding heavy maintenance and spares, so a lot of Afghanistan’s existing Mi-17s are inoperable. Somehow, replacing them with much more expensive UH-60s with their astronomical maintenance costs will ‘fix’ this problem. No regional repair facilities available and all spares will have to come from the US. Oh, and Afghanistan has no money to buy the Black Hawks, so I guess I’ll be paying for them. Your welcome, Afghanistan.