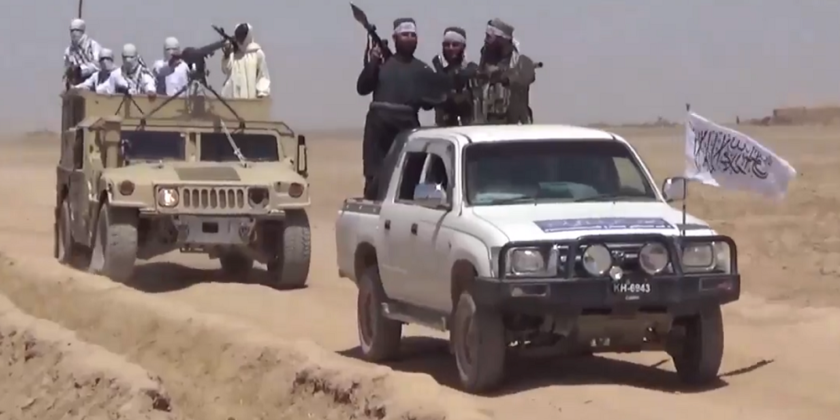 On January 17, Taliban fighters captured two checkpoints of the Afghan Army and Police in Giro district of the southeastern province of Ghazni, according to the Taliban news agency Voice of Jihad. Twelve Afghan soldiers were reportedly killed and five others were injured by Taliban fighters in the attack.

The Voice of Jihad also reported that Taliban fighters killed eleven soldiers of the Afghan army and inured four others during clashes in the district of Shalgar in Ghazni province.

Meanwhile in western Afghanistan, the Taliban announced that its fighters ambushed a convoy of the Afghan Army in Rabat-e-Sangi district of Herat province after tracking it for nine days. The Voice of Jihad claimed that Taliban fighters killed seventeen Afghan soldiers and injured thirteen others. Four armored vehicles of the Afghan Army were also destroyed by Taliban fighters in the ambush in Rabat-e-Sangi.

Such operations are usually conducted by the Taliban special forces, that’s known as the “Red Units”. However, the Voice of Jihad didn’t report that the Red Units were behind the attacks.

‘Red Units’. Seems like psyop west would come up with to link them with ‘Red army’.

lol they can then proceed to say that Putin himself was overseeing their training.