On April 29, the Taliban captured dozens of checkpoints and military positions of the Afghan Army and Police in a coordinated attack in the provinces of Badakhshan, Kunduz, Takhar, Nangarhar and Baghlan, according to the Taliban news agency Voice of Jihad.

The Voice of Jihad said that 42 Afghan soldiers and policemen had been killed and dozens other had been injured.

The movement’s media wing also reported that a suicide vehicle borne improvised explosive device (SVBIED) had targeted a position of the Afghan Army in the Nad Ali district of Helmand province, killing more than 30 soldiers and injuring dozens others.

Moreover, the Taliban claimed that its fighters had repelled a large attack by the Afghan Army and Police on their positions around the capital of Ghazni province on April 27. According to the Voice of Jihad, Taliban fighters had killed 15 Afghan soldiers and had destroyed 6 vehicles belonging to the army.

These attacks were a part of the Taliban’s spring offensive, codenamed “Operation al-Khandagh,” which was launched on April 25 in response to Washington’s decision to increase the US military presence in the war-torn country.

Although the Taliban has not captured any key area yet, the new offensive echoes its capabilities of  launching coordinated attacks across the country and delivering notable blows to the Afghan military and its US supporters.

As long as they stay away from the poppy fields they will be OK.

Who do you think you are talking to and DO YOU UNDERSTAND my comment. Obviously not . Go back to raping kids you fuckwit

Not good news, I think we need to send in more troops and give a hand to the Afghan military!

Who is “we”? Doesn’t India have the economic incentive to bring order there? Why should US do it for them?

How did India come into this ?

That is their business. Are you denying that India has economic and strategic interests there? Isn’t Vidura the honored advisor of the Pandavas and Kauravas from Mahabharata?

Do you think Iam from India ? Lol!

How should I know? I just know you have an Indian screen name. That really wasn’t the point of my posting though. I was discussing which country has economic and strategic interests in Afghanistan. I have nothing against India, I just don’t think “we” USA should fight other country’s wars for their benefit. If India wants a compliant puppet regime in Kabul, let them bear the cost of imposing it.

Taliban gave refuge to Osama and continues to destroy a country trying to come up from its taliban ruled days. We need to stay in there. India cant even build enough bathrooms for its people I think the least they worry about is projecting influence lol

Maybe the Brits should have built some toilets instead of looting and starving the people? In any case, India is one of the world’s top 6 economies and well able to project influence. Ask East Pakistan. As for Taliban, USA is not the World Police. In 2001 US had every right to make a punitive strike on Taliban/Qaida, but the Idiots, Bush and Cheney thought they could remake Afghanistan, so they chose to occupy the country, imagining a scenario like post WW2 Germany and Japan. US has paid a monstrous price in blood and treasure for those idiot’s folly. As bad as they were, Obama and Hillzebub were worse with their pro-jihadist “Arab Spring”. Now Trump is being persuaded or coerced into following the Neo-Con/Globalist agenda in Syria. https://www.youtube.com/watch?v=ipJGVwZzKQo

Maybe the Brits should never have left.

How about you Americans stay home for once.

Shouldn’t they be killing US and coalition?

Well as the Afghan government aren’t ready to negotiate on their own volition it’s a fair target.
I notice that their strategy is to strip away the Afghanistan government administrative power.

John Mason
Reply to  as

Then go after the corrupt government and the US they are the problem.

I’m sure if the Yanks and their dogs ever get the courage to return to the front-lines they will do so. You draw a distinction between the Afghans and other US puppets?

Taliban should be doing to the US what they did to the USSR and leave the local population alone, corrupt politicians are an exception.

Poppy Cultivation and Heroin Trade Skyrocketed after 2001…the Taliban had put a very effective Ban on the Heroin Trade 1994/2001 until the U.S. Took over the country to save “Their” Opium Business…

In 2001 the Taliban almost eradicated the Trade 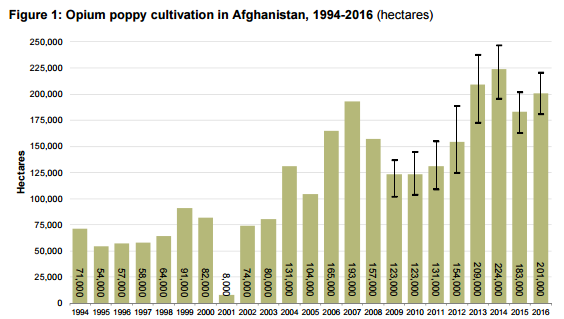 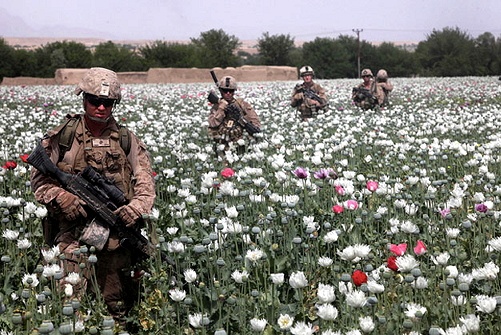 Are those Taliban special forces ?

The U.S…Drugs Supplier of the World…where would we get our Fix without them?

Samuel Boas
Reply to  That Guy

Yes, they have another unit which is called the Red unit. It uses m4’s and m16’s, night goggles et cetera.

Is it just me, or has the taliban dress code changed over the years?

You can call me Al
Reply to  Goodoldinandout

LOL, never saw that before. I think the title of the photo is slightly wrong.

Samuel Boas
Reply to  You can call me Al

Please read my previous comment about the Red unit, this is basically the Taliban special forces.

Just seen it above, my apologies for my ignorance, I didn’t know.

Sorry just gong through my list in Disqus. I could have sworn I responded to you – you are totally correct, thanks for the info that I did not know. Apologies for the oversight.

The Taliban is not what it used to be, they have their own special forces nowadays, for instance the Red unit, which looks and is basically your typical special forces unit like in many countries.

Yank training – most of the time he training is on conformity, the love of the LGBT community and lunch at McMos.

is this good news or bad ? so confusing, not sure who the good terrorists are anymore

It would not even be so bad I think. At this point the current Afghan government is garbage and with the US invaders I would not be so happy anyway. The Taliban is not just a terrorist group, since it is a large part of the Afghan population, I’d say let them try and run Afghanistan. It is up to the Afghan people to decide what they want.

same same javier, so I just support whomever Assad supports.

Go back too sucking on turds until you gain the required level of intelligence to be allowed to comment.

Right now the only thing preventing Afghanistan from going full Syria is that US garrison, the low level and clandestine nature of the fighting limits the Taliban. Who’s up for a NATO surge!?!?