The Taliban has taken over a large Afghan security force base in Badghis province.

This was preceded by fierce fighting between Taliban fighters and the garrison of the Bala Murghab base in northern Afghanistan.

The positions of the regular troops were fired upon from mortars, as a result of which large-scale fires began at the base.

There is a video to prove the capturing.

Separately, the United States said its envoy to the Afghan peace process will travel to the capitals of Afghanistan and Qatar to resume talks with Afghan leaders, government officials and representatives of the Taliban.

In a statement, the US Department of State said Zalmay Khalilzad will meet Afghan leaders and Taliban delegates in Kabul and Doha and hold “discussions on the way ahead”.

He will also visit other regional capitals “whose interests are best served by the achievement of a just and durable political settlement”, as well as a “permanent and comprehensive ceasefire”, in Afghanistan, it said.

The Taliban are urging the US to pull its troops out of the country, as it agreed in February 2020.

The new administration of US President Joe Biden is now reviewing the February 2020 agreement, but his defense secretary, Lloyd Austin, said that the US troop pullout hinges on progress in intra-Afghan peace talks and a reduction in Taliban attacks.

The US “will not undertake a hasty or disorderly withdrawal from Afghanistan” that puts NATO forces at risk, Austin told reporters during his first news conference as Pentagon chief, adding that “no decisions about our future force posture have been made”.

A complete US troop withdrawal without a durable peace agreement would allow armed groups to gradually rebuild their capabilities “such that they might be able to attack the US homeland” within 18 months to three years, the Afghan Study Group said.

The US “should not … simply hand a victory to the Taliban,” it said, adding, “A return to conflict in the wreckage of the political process would leave the United States in a difficult position: wanting to withdraw; yoked to a disunited government; and facing, with far fewer resources on the ground than before, an emboldened insurgency,” it added.

Zalmai Latifi, director at Enikass TV, said the women were gunned down in two separate attacks after leaving the station.

“They are all dead. They were going home from the office on foot when they were shot,” Latifi told news agency AFP, adding that all three women worked in the dubbing department at Enikass.

The broadcaster identified one of the women as Mursal Wahidi. The other two have been identified only as Shahnaz and Sadia.

The three women dubbed popular dramas from Turkey and India into Dari and Pashtu, according to a Enikass worker.

It should be reminded that the US warned of a resurgence of ISIS in Afghanistan, and sure enough it happened. The same way ISIS is coming back in Syria, as well as in Iraq, after the Democrats came into power in the United States.

The stupid American cowards are not having a good day from Afghanistan to Iraq. lol

Jens Holm
Reply to  Just Me

on the contrary – it’s an ideal war in the middle east, hardly any dead american apple-cheeked boys, lots of weapons being sold by the disunited states companies making loads of money and the dead are from the proxy-forces and the shebang is paid by american tax payers. what not to like.

the ideal war if you think it’s all right to rip off the tax payers and washington dc sure does.

AngloCanadian
Reply to  Just Me

The Taliban will do what it likes as long as it exists, do you seriously expect NATO to strengthen to reinforce its forces in Afghanistan after 20 years of occupation? 3,000-5,000 troops is better than 30,000-100,000.

AngloCanadian
Reply to  Just Me

The Taliban will do what it likes as long as it exists, do you seriously expect NATO to send reinforcements after 20 years of occupation?

General Ghaani has a lot of ground experience in Afghanistan and is respected by all resistance. I am surprised that the sprawling Bagram base is not attacked daily, like in Iraq.

The Taliban are a formidable foe and have such a large sympathy base if you include Takfiri’s from region and a history of success if you include the defeat of the British army 1842. The Afghans left 1 British survivor from the entire invading army, a medical officer and when he returned to occupied India and was asked who wiped out the British Army, he said “the talibs did it”.
Afghanistan needs peace.
Imam Mahdi (AS) will force peace on them inshAllah.

I wonder why he spams. It simply is not logical to keep in replying to yourself. The Jens idiot also does the same and people think he is joke not even worth acknowledging.

Clarence Spangle
Reply to  Just Me 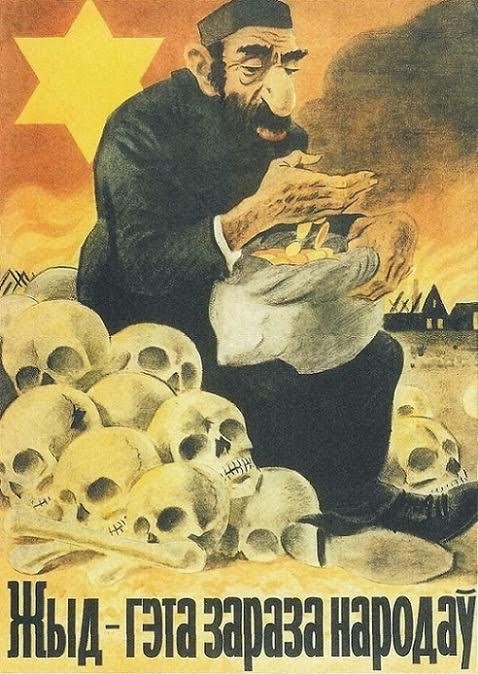 Yes, they will, as always, they will run away with their tails between their legs, Westerners have always been strong with the weak and weak with the strong, it is written everywhere in their entire history of the last 2000 years, so even from Afghanistan they will flee with the dishonor of defeat, others will follow.

The head of Taliban says Iran is the second Israel of the Muslim world. But he made this statement long ago, and now, the Iranian threat is much bigger than anything Israel has ever been. I’d rather live next to the Jews than live next to Iran.

Well you’re a known liar on this site, so just post your sources and only then can anyone look further.

Guess that’s what I’ll be doing from now on.

Not going to work out for you.
You’ll end up posting nothing.

He is an idiot and totally credited like most trolls. He just makes up stuff that has no relevance or an iota of actuality. These trolls are just triggered by a few key words like Iran. But are getting more desperate.

Israel only attack countries that threaten them. Iran infiltrates any Muslim country to spread its poison of a religion.

Israel only attack countries that threaten them

Every prospering nation on it’s borders or near it that might excel in military prowess, technological prowess or economic influence is a “threat”.

In this situation, it is better to get rid of the psycopathic ‘israel’ and keep the coexisting and cooperative nations around it.

Why then has it stayed away from Turkey? Your Mullahs are clueless. They hoped to garner Muslim support by threatening to end the Israeli regime. They have no intention of attacking Israel until they have secured Mecca and Medina. And even then, they won’t launch any overt war. Their preferred means of war is by proxy.
Little did they know that their constant false threats against Israel will prompt the Jewish state to come after the Mullahs. It is a double loss for them. They haven’t convinced the Sunnis for support (no one answered Iran’s calls for revolution), and they now have Israel on their back. Israel has a strong case to garner European and America support, because the Mullahs let their mouths run off.

Iran hasn’t invaded anyone for hundreds of years while the Jews like taking whatever they can grab.. Hope you have big padlocks on your pockets living next to the Jews.

The Objective
Reply to  John Wallace

Iran invaded and still occupies Lebanon and Iraq through its region-wide terror army.

Is that the best horseshit you can come with . Really. That is pathetic but of course that is about as good as you can get.. Total dipshit.

Frankly, you are desperate liar and make up nonsense.

So let me get this. After invading Iraq, Afghanistan Syria, over $7 trillion, over 7,500 US KIA and over 120,000 US war veterans having committed suicide, the other side is winning the so called “war on terror”
Good luck with escalating with Iran until war suddenly breaks out.

So the Taliban was losing ? LMFAO. The Fake News Media was reporting disproportionate Taliban losses for 6 months now and now we see the reality.

US does not have the military stamina to fight insurgencies in Afghanistan, Iraq and Syria, their military presence is minimal and the only option they have is air attacks.
The proliferation of advanced manpads will limit the air attacks option even more.

How’s that endless war for democratic degeneracy working out for y’all?

“You have the watches but we have the time.”

Afghanistan and Russia were talking about how they can help each others just days ago, also some weeks ago Afghanistan talked with Iran. India also looking to make trade root with Iran to Afghanistan and central Asia mainly.
China ofc has plans with Afghanistan for long time as Afghanistan was part of Silk road the now belt and road initiative.

Really Afghani people got fuked a lot by so many people, best of luck to them.

In a way, they deserve it for not developing nuclear weapons fast enough.
That’s what happens when you neglect your defenses and let the Anglo-Zionists in.

Fun fact about Afghanistan, in their time line they had more wars than anything.
British and Soviet had for years used Afghanistan as power show, who can put their man/government up, which follow another war which US aid Afghani to attack Soviet government…Taliban became the biggest group and took the country for some years and Osama had some people in Afghanistan – which then US blame Taliban – Al-Qaeda for 9/11 and said they were in Afghanistan and start another war to remove Taliban from power and put their government up….and after 20 years here we are…
LMFAO they never really had any “peace time” you see…Afghanistan has a lot different people…and so much more problems.

The Objective
Reply to  Potato Man

Bullshit. Taliban owns Afghanistan. The U.S must stay in Afghanistan forever if it must prevent a Taliban takeover of Kabul. It’s just a matter of time.

If watch to end of video is clear this former US base was built within 50 metres of surrounding village – now heavily battle damaged and deserted. Also built in shadow of close surrounding mountain range – few kilometers away in each direction – without aviation technology, ie routine US observation drones and helicopters scanning terrain, that base was a total liability for Afghan forces who assumed control.

A message to all Dumb US officers.

‘ Its never wise to create a base camp that is easily over looked by higher ground. To do so invites fat US arses to be handed to them on a platter’.

new fake ID dadash……just the usual behavior from him. I told you…….nothing is beyond his capability. En adam devone hast. He’s done this on many other sites before.

Attack the US homeland?! Bullshit.

Wishful thinking. Talibans are the type of Suni that behead Shia. They are sponsored by the Saudis and MI5&CIA will make sure they will spread influence towards Russia.

Talibans are not the same thing as Mujahedeen, they origins in Pakistan. You should now that.

Only time will say. I suspect china will have an important role to say soon.

How could a couple of drones wipe out entire armenian army and not talibans ????