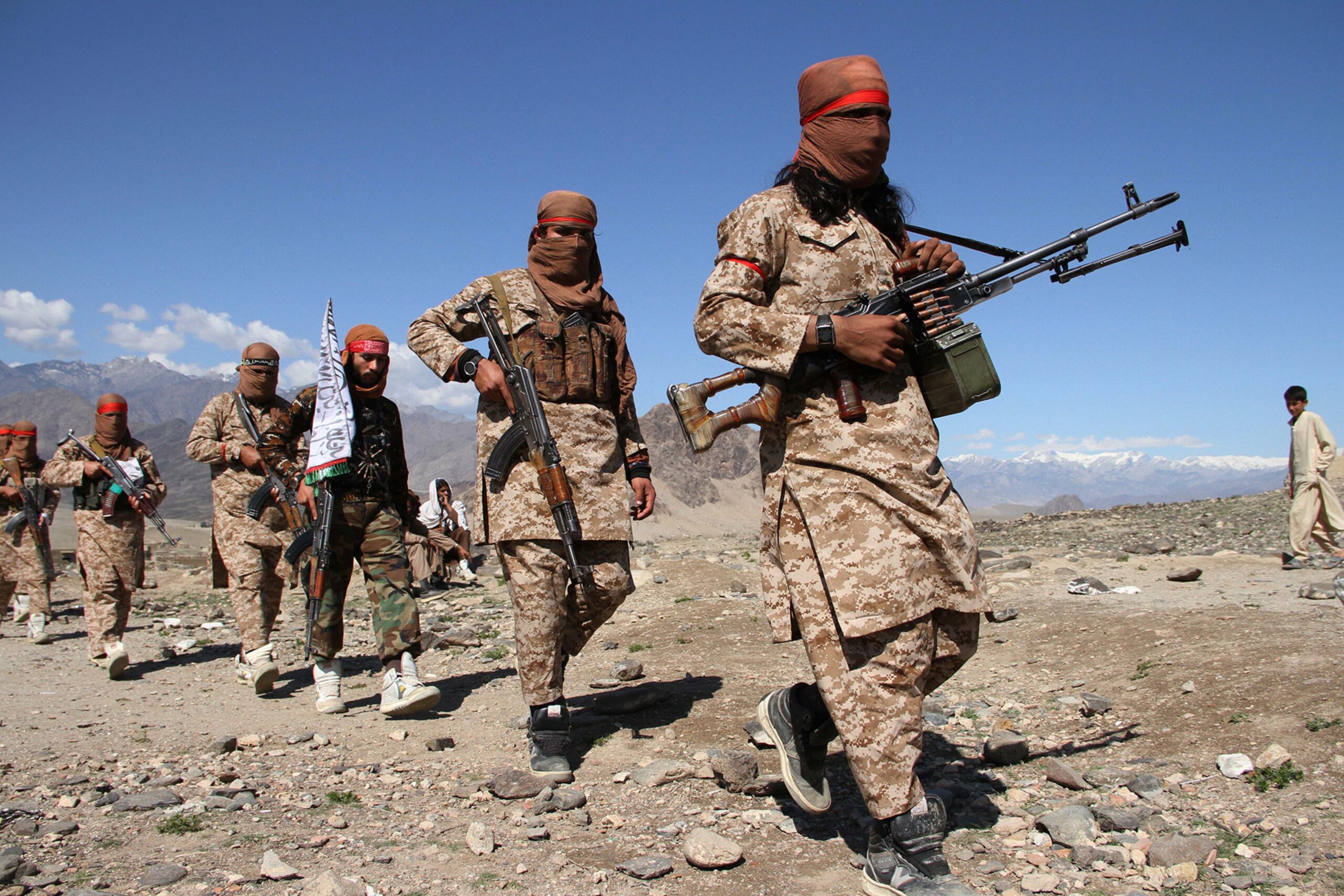 The United States withdrawal from Afghanistan is in progress, and two more B-52 bombers were deployed in Al Udeid Air Base in Qatar to guarantee the security of the departing US troops.

The withdrawal is felt as an abandonment by the Afghanistan puppet government and its armed forces.

Immediately as the drawdown began, areas of Burka district in Baghlan fell under Taliban control after clashes on May 4th.

The local officials moved their offices to other places in the district after the Taliban captured some parts of the district.

In the meantime, Jawid Basharat, a spokesman for the provincial police, has also confirmed the incident, saying: “Security forces have made a tactical retreat and are preparing for operations in the district.”

The Taliban claimed of capturing the police HQ, the district government office and several security outposts.

In the two days leading to May 4th, the Taliban mounted major attacks in the Baghlan-e-Markazi district of the province.

Attaullah Afghan, the head of Helmand’s provincial council, said the Taliban had launched its offensive on May 3rd from multiple directions. The group attacked checkpoints around the outskirts of the provincial capital, Lashkar Gah, taking over some of them, he said.

The Afghan government is fighting back, however.

The Afghan government said that it had killed more than 60 Taliban fighters in a series of offensives against the group after assuming control of a key US military base a day earlier.

“Backed by aerial support, the operations were conducted independently by local forces without any aid, cooperation or involvement of foreign troops,” Fawad Aman, a defense ministry spokesman said.

“During the past 24 hours, 62 Taliban were killed, and 58 others were wounded in these operations,” he said.

The assaults covered several provinces in the south, northeast and eastern regions of the war-torn country, with a focus on the Ghazni province, to the southwest of Kabul, and the southern Helmand province where the US military formally handed over control of the Camp Antonik base to the government.

Aman said that the operations were in response to the Taliban’s “provocations” and were aimed at “destroying their planning centers, used for attacking government forces.”

Meanwhile, Zabihullah Mujahid, a spokesman for the Taliban, accused Kabul of “showing and testing its force by launching the operations on Taliban-held areas, forcing the Taliban to prevent and respond.”

IEA government in a few months

If I was the Kabul govt I would start packing…

so what the hell were they doing over there for 20 years, that taliban still exists? LOL!!!!!!!!!

@Assad must stay : They were there creating superhero storylines for the next decade of Hollywood war recruitment movies to swell the ranks for the next series of wars they have listed to engage in. Got to keep those factories rollin rollin Rawhide. Don’t get me wrong .A lot of American soldiers do fight with honor and valor and are true hero’s but unfortunately they are unaware they fight for the wrong reasons and cause as has been the case a;; throughout history..

Iran, India and Russia should help in the extermination of talibunny wahabbi’s. They need to be killed where they breed right inside Pakistan.

A @ ahson. Here is a video where they are predicting a Taliban take over as the US pulls out. Sorry it doesn’t match your desire but an interesting short watch..

John there’s a lotta propaganda out there too. Be careful what you read. From what I know the 5 eastern pustu provinces (Paktia/ Paktika/ Khost/ Kandahar/ Nangarhar) are hotbeds of insurgency, the remaining country is largely quiet. Keep in mind, 70% of Afghans speak Persian……30% speak Pashtu. You know where this is headed if the talibs escalate.

Thanks .. Pushtuns are the largest group with 42% followed by the Tajiks at 27% . Did you watch the video ?? I am a big boy and well aware of all the horseshit out there. I was watching the Taliban slowly taking over all of Afghanistan and all that was left was Masoud’s small part in the north.. He was assasinated a couple of days before the Twin Towers went down so it looked like the final battle was about to begin. The US invaded joining up with Masoud’s group and the rest is history. I for one would not like to see the Taliban take over again as they are worse than what exists there now , much worse.. perhaps not quite as bad as ISIS .