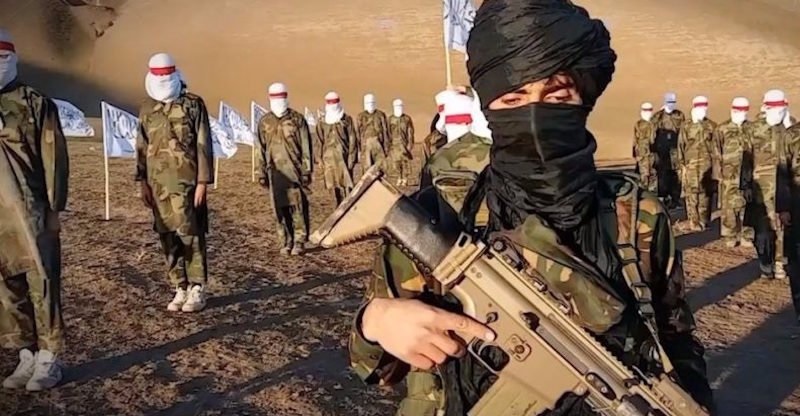 On November 14, an Afghan official told the New York Times newspaper that 23-70 soldiers and officers of the Afghan Army were killed in a similar series of attacks conducted by the Taliban’s special forces known as the “Red Unit”.

The official claimed that these Taliban special forces units are backed by Russia, Iran and Pakistan. However, the Taliban is still capable of conducting such successful hit and run attacks likely because the Afghan Army faces significant problems with corruption and is not receiving an effective military support from the US.

The Taliban in the photo have a brand new FN SCAR 7.62……..a “Souvenir” from NATO special forces.

Excellent battle rifle, one of the most popular and well-known battle tested weapon guys at Herstal have produced, well maybe only second to the legends of FN FAL and P90. Then again, these guys are used to mass-surrendering and demoralized afghan troops who only joined army because they needed money and there are no jobs, who leave stashes of NATO standard weapons and vehicles behind. They have so many HMMVWs that they can allow themselves to cannibalize some for parts and even use some as VBIEDs.

If there is this much fighting in the early winter which is usually the peaceful part of th year for them…. Then the summer of 2018 will certainly be a hot one for Afghanistan.

Come on Taliban you can do this, what are you doing Americans, the enemy is right there