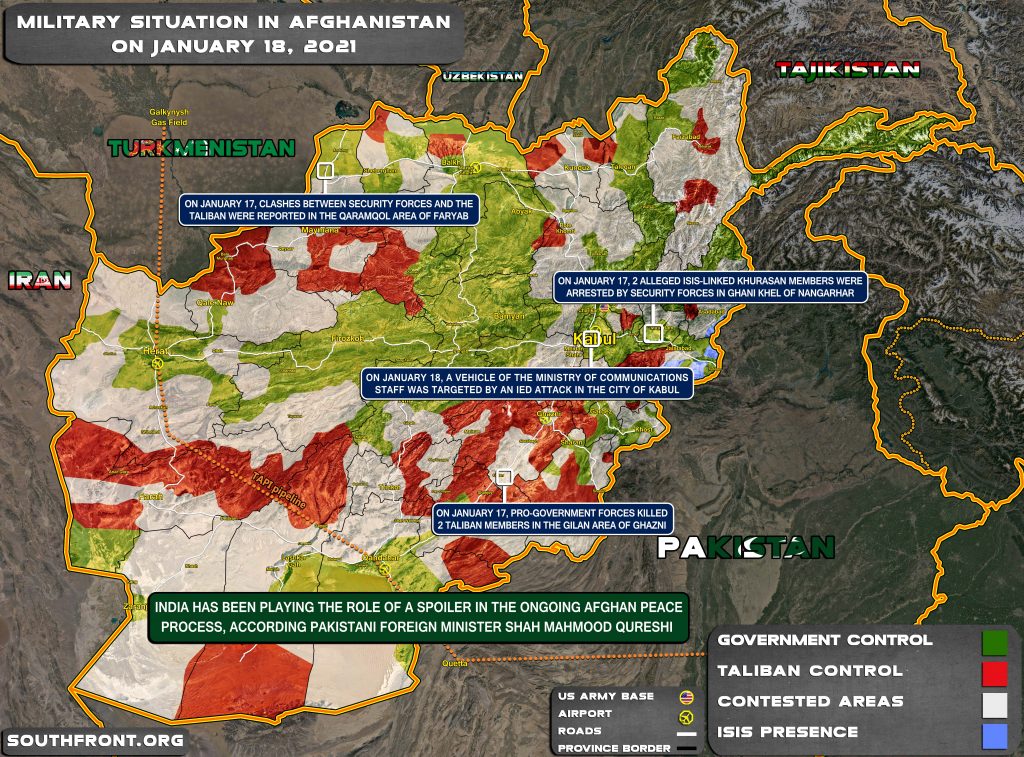 The security situation in the Baghlan province of Afghanistan has been deteriorating. Government forces are not able to stop the expansion of the Taliban and regularly suffer from attacks by the movement.

Last night, at least 8 personnel of security forces were killed, and two others were wounded an attabk by Taliban gunmen in Pul-e-Khumri – the provincial capital and the largest city of Baghlan. Two more personnel are still missing and two vehicles were destroyed. According to report, the Taliban attacked a security outpost on the Baghlan-Samangan highway.

Meanwhile, the Taliban also attacked an army position in the Saif Khan area of Pul-e-Khumri city. Taliban forces torched an armoured vehicle, killed 2 soldiers and captured 5 others. The provincial capital is formally controlled by government forces, but in fact, the Taliban enjoys the freedom of actions in the city. Thus, it may soon fall into the hands of the movement.