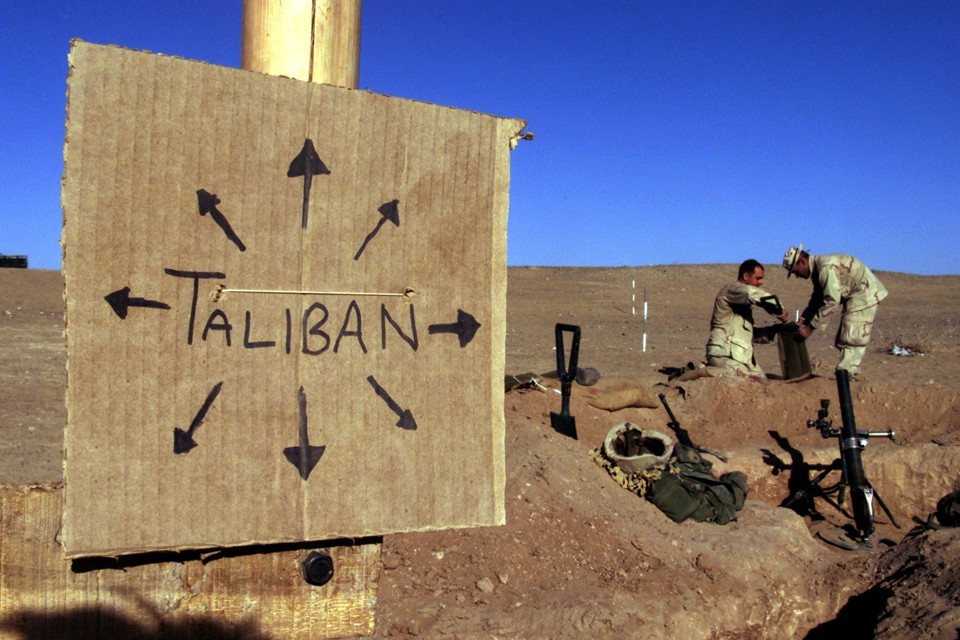 On August 25, Taliban militants entered Khas Uruzgan district in central Afghanistan after they had overrun all the Afghani Army positions around it, according to Afghani sources. However, until now Taliban fighters didn’t impose their full control over the district.

According to the Taliban media wing, Voice of Jihad, the Khas Uruzgan district administration center and police headquarter are now sieged by Taliban fighters.

During the last month Talibn captured 11 district centers in Afghanistan. The Afghani Army even with the US-led coalition support was only able to recapture 2 district centers.

Just let them take over Afghanistan. At least they can rule the country. If the Afghans want them gone then they have to step up and do it themselves,

I agree. USA is not the world’s policeman. Let each country solve its own problems.

Nah, they are just the world’s Drug dealer and heroin producer now with those poppy fields.

They could have done it themselves long time ago. Hopefully the women get out before the country falls to those islamists.

Well said. They have to shed their own blood if they want change. Trump wasting money and lives. Bad decision.

The war in Afghanistan will never end, as far as Opiums are cultivated there. Simply too much money for US to ignore. It’s already more than 16 years and no end in sight and there will never be one.

To much money?? The opium market is not even worth $2bil yearly. What kinda of money are we speaking about… No minerals nothing. They are wasting trillions in there. They use yearly 300% more then the opium annual value.. No gain whatsoever in there economically

The opium trade is only worth something to those who trade in it. Which is criminals and drugs addicts. For any government its basically useless. From what I hear Afghanistan does have some rare earth deposits that could be of use to certain industries. Most of Afghanistan’s value comes from its strategic position. It neighbors both Iran and Pakistan, which really don’t want to see another foreign power, the US and India respectively for each of them, have power there. To the Chinese its a potential puzzle piece to their new Silk Road project. And the West doesn’t want it to become a country where Islamist groups like Al-Qaida or ISIS can set up shop again and use it as a base against them.

The best the US can do is support groups that are anti Taliban, but leave. This is unwinable war.

Yoo lol you domt know? The us govt is crazy. They have to have such strivt population control tactics. This is very very classified info. Since so many people immigrate and migrate to usa the govt cant account for all these ppl so they impose top classified ‘population comtrol’ tactics some examples are, chem trails from delta, us airways and sw air. They omit more chemicals than any otjer airline. next we got flint michigan water scandal, look it up if youve mever heard. Heroin epidemic, our savior (jokes) DT jus declared war on opiods in usa lol his cia is bringing it in like crazy look at nixon … declared war on dugs and cia brought in the most through florida. Usa govt dont give a f***.

Im pretty sure that controlling Central Asia is crucial! Its a threat to Russia and China and any plans for a Silk Road to Syria!

I think its time for the US to reevaluate their strategy and start going after the Taliban more aggressively, who knows Afghanistan might be a nice place to test out new tactics, weapon systems etc.

Wrong perception . In Vietnam , the US saw their effort as a stop to communism , but failed to see that for the Vietnamese , it was reclaiming their country from any and all outside powers . Afghanistan is where Bush , Bin Laden and the Saudi king created Al Qaeda 35 years ago , by introducing the Wahhabi ideology to this Sunni nation . The nation , now , is Wahhabi to the bone , ISIS , Al Qaeda , and the Taliban , are all just different versions of that blended with the Salafist . Afghans are tired of Americans blindly stumbling around their nation , they will make them pay a heavy price for that Heroin Money .