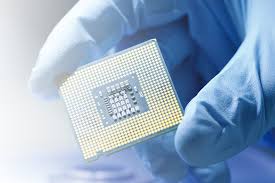 Caught in the crossfire, stands the Taiwan Semiconductor Manufacturing Corporation, which owns 51.5 percent of the foundry market.

by Uriel Araujo, researcher with a focus on international and ethnic conflicts.

Military tensions between Washington and Beijing over Taiwan are escalating. On January 24, Taiwan reported a large-scale Chinese air-force incursion. On February 7, the US approved a $100 million deal for Taiwan Patriot missiles. And, on Friday (11), Washington released its Indo-Pacific strategy – which, among other things, mentions Chinese “growing pressure on Taiwan” and states the US will work with its partners to keep “peace and stability in the Taiwan Strait”, in a clear message to Beijing. According to Xinhua News Agency, the document was not well received by the Chinese authorities, as it violates the one-China principle. Besides these tensions, the geopolitical dispute between these two super-powers also involves technological competition.

On February 9, China’s foreign ministry spokesman called the recent American competition bill (America Competes Act) a “product of Cold War mentality”. The bill is about billions of dollars in funding for manufacturing semiconductors (chips). Amid the current supply chain crisis, both countries in fact depend on each other for this technology. Moreover, both depend on Taiwan which in turn stands at the very center of Chinese-US tensions.

There seems to be a chip race unfolding. The EU, for instance, has rolled out a $48 billion plan to turn the bloc into a large semiconductor producer. Japan, India, and South Korea are introducing their own incentives to foster such a strategic industry.

China, in its turn, is also working very hard to counter Washington’s sanction on its chip industry with new incentives. According to a policy document by the Shanghai local government (in China), published in January, Shanghai is subsidizing up to 30 per cent of investment in semiconductor materials as part of its plans to attract companies along the chip supply chain. Semiconductors’ software projects will also be subsidized. Moreover, Shanghai is also offering allowances and house-support to highly-skilled semiconductors experts.

Additionally, China is advancing a sourcing strategy in Shenzhen (known as the Chinese Silicon Valley), where the country is developing an international sourcing platform for chips, engaging several companies as partners – as announced by its Ministry of Commerce last month.

The Chinese semiconductor industry is strongly supported by the state and is growing very quickly. According to data from the US Semiconductor Industry Association, the Chinese share of chip manufacturing is estimated to grow from 12% (2020) to 28% by 2030. In any case, Chinese companies are still relatively small players on the global stage.

Of the 17 semiconductors firms which generated over US$10 billion (in total revenue) in 2021, none were Chinese. Furthermore, China does not have the capacity to produce chips with the smallest circuits. This is so partly because Washington has consistently blocked it from purchasing the necessary lithography equipment. Regardless of all of its efforts, Mario Morales, group vice president for enabling technologies and semiconductors at the International Data Corporation, goes so far as to say that China is still probably “three or four generations behind” what is considered the cutting edge in semiconductors. On the other hand, one should never ignore Chinese capacity to scale-up its own industries – even against all odds. It did so with lithium-ion batteries, for instance, within a single decade.

Chip technology’s impact has been described as larger than that of the Industrial Revolution itself. Chips are everywhere: be it computers, hypersonic weapons or aircrafts, most technological innovation today depends on them. While the US has been leading this industry, Beijing seeks to decrease its reliance on Washington by means of all kinds of financial incentives. Beyond the current Chinese-American trade war (which was intensified by the previous Trump administration), there is a technological race with profound geopolitical consequences. While China aspires to achieve independent chip manufacturing capabilities within the next decade, the US has been pushing tighter licensing policies aimed at Chinese companies and institutions, as part of its larger strategy to counter Beijing.

Caught in the crossfire, stands the Taiwan Semiconductor Manufacturing Corporation (TSMC), which owns 51.5 percent of the foundry market and is a leading manufacturer globally. More importantly, TSMC produces 10 nanometers or smaller chips, which are the world’s most advanced. 90 percent of the most advanced chips are made in Taiwan. TSMC supplied Chinese giant Huawei until May 2020, but because of American restrictions had to sever ties. TSMC supplies American companies such as Qualcomm and Apple.

So, the country which is such a strategic semiconductor hub is also the very focal point of US-China tensions. Semiconductors are the complicating factor amid the US-Chinese dispute, and Washington’s economic policies further aggravate the current supply chain crisis. The truth is that both China and the US would suffer from a technological decoupling between the two of them. More recently, Washington has threatened Moscow too with export control pertaining to semiconductors – in yet another troubling sign that it is becoming harder and harder to insulate industries from geopolitical disputes. In any case, chip routes are complex and taking part of the Chinese (and even Russian) demand off the market (as Washington thinks it can do) would only increase uncertainty. Moreover, it is not clear how the US plans to enforce such a blockade of supply chains that are so hard to trace in the first place.

While Beijing has turned geoeconomics into the core of its geostrategic approaches (deriving political power from economic power with its Belt and Road Initiative),  Washington, in its turn, is dangerously weaponizing economic policies and in fact weaponizing its financial system and the world economy itself – amid a global supply chain crisis. Any escalation of tensions can further disrupt and complicate the bottleneck and also hurt the US itself. Finally, the more Washington seeks to use its economic leverage to coerce other states, the greater the incentive to come up with alternatives against the US.

The bad thing will be when these chips will be put inside a human’s body.

I sincerely hope that one day the Chinese repay those international interests who have , historically and continually, belittled and subjugated them to the fullest extent possible. Imagine TELLING another country what you are ALLOWED and not allowed to do on your own territories. Truly Imperialism and it’s sibling Racism are alive and thriving to this day.

Chips or something. There is a lot of research here but the article is quite descriptive. A for effort but it is always good to have a point, and if there is one it passed me by.