A video, showing the T-90K tank, operating in Syria, has been published online. 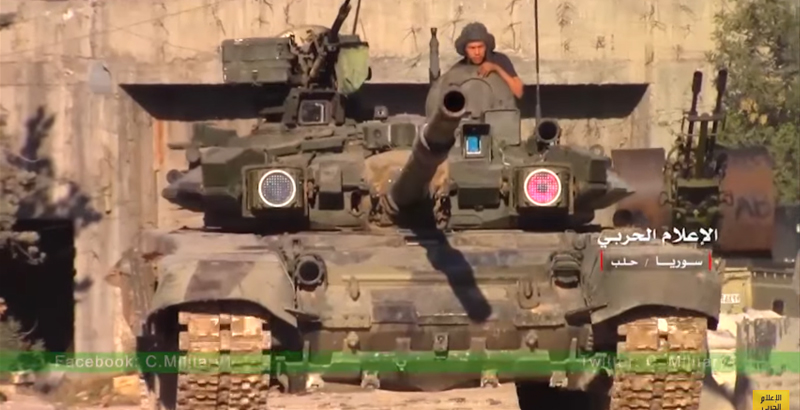 A video, showing the T-90K tank, operating during a battle, has been published on an official Youtube channel of the Syrian Army. The T-90K is a rare commander’s version of the T-90 tank, characterized by its high mobility and equipped with a special set of communication and navigation tools.

The fact that the Russian T-90 tank, also known as ‘Vladimir’, takes part in the Syrian war is not a secret. The government army adopted a “classical” modification of the T-90, as well as its improved version, the T-90A.

These well-proven tanks have many times become heroes of combat video reports. However, the commander’s T-90K tank was captured on video for the first time. Though, that is not surprising.

As military expert Aleksey Khlopotov told the Vestnik Mordovii informational website, only two such tanks were produced. They were a part of the first batch of tanks, supplied to the Russian Army in 2004-2005.

Visually, the T-90K can be recognized by two antennas, as it has additional means of communication (the R-163-50K radioset) and navigation equipment (the TNA-4-3). It also differs from early models of the T-90 with its cast steel turret (the previous models have a weld-fabricated turret) and more powerful V-92S2 engine.

The commander’s T-90K tank was for the first time presented at the Moscow exhibition of arms of land forces in 2008. And since then it disappeared from view. Apparently, it found the perfect use in Syria.

It’s not the official channel…..but it’s pro-Syrian, pro-Russian & Iranian! They also on report on the Islamic terrorist scum deaths!

I think there are more than enough official channels against the Syrian Army.