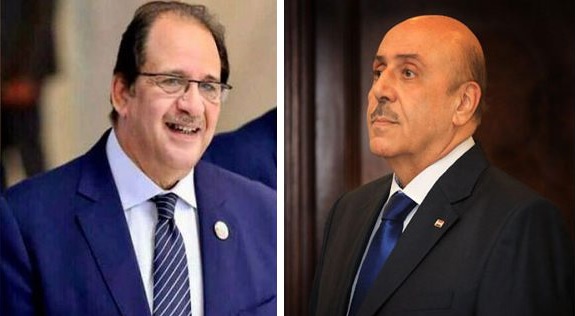 On December 22, Head of the Syrian National Security Bureau, Ali Mamlouk, paid an official visit to Egypt upon an invitation from Abbas Kamel, director of the Egyptian General Intelligence Directorate.

“Mamlouk and Kamel held bilateral meeting during which they discussed various issues of mutual concern, including political and security issues in addition to counter-terrorism efforts,” the Syrian Arab News Agency (SANA) said in an official press release on December 23.

According to several reports, Mamlouk made many secret visits to Egypt and other countries, including Saudi Arabia and Italy, during the last few years. However, this is the first public visit of the Syrian official to Egypt since the beginning of the war.

Earlier this month, Sudan’s President, Omar al-Bashir, became the first Arab leader to visit Syria and meet with Assad since the outbreak of the Syrian war in late 2011. Al-Bashir is a close ally to both Egypt and Saudi Arabia.

These officials visits show how Syria is working to normalize relations with other Arab countries in the region. The upcoming few months will likely witness more similar visits.

Yes Russians will not forever and protect the butcher of Damascus.

If only that were true, many lives would have been saved.

When the US tried to take over Syria back in the 70’s, they created the Muslim Brotherhood, just like they created al Qaeda and ISIS for other subversive attacks.

Back then Assad’s father showed no mercy, he butchered them all, and their families. It so scared everyone that the US could not get any Arab mercs to attack Syria, no matter how much money they offered. During the life of Hafez Syria was peaceful and prospered.

When your dealing with the Americans you either need great strength, or use their kind of ruthless tactics.

The second Arab league nation to offer to normalize relations with Syria, about another 20 to go. All good news, the rest of them will be lining up to do the same thing with Assad soon enough, the talkings all done and the deals are already made, and now all they have to do is sign the paperwork.