The Syrian forces repelled the terrorists’ attempts to counter-attack in the northern part of Hama province. Over 100 terrorists were killed. 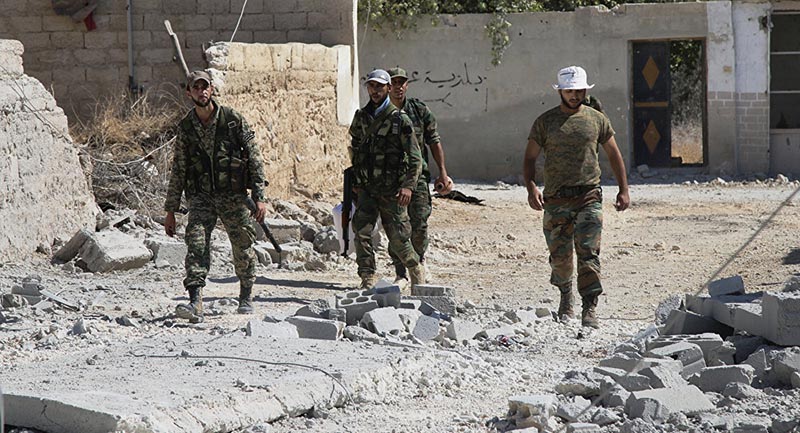 According to the Syrian sources, the pro-government forces faced terrorists’ counter-attacks in the villages of al-Buida, al-Massana, Zlin, Zor and al-Zlakiyat in northern Hama. All attacks were repelled. Over 100 terrorists were killed. Also, the loyalists destroyed two armored vehicles and several cars equipped with heavy machine guns.

The Syrian Army conducted a special operation in al-Zakat in northern Hama and destroyed a terrorist HQ.

The Syrian warplanes carried out airstrikes against positions of al-Nusra and its allies in al-Zakat and neighboring villages at the border with the provinces of Idlib and Hama. The air strikes destoryed arms depots, vehicles, artillery guns and terrorists’ positions.