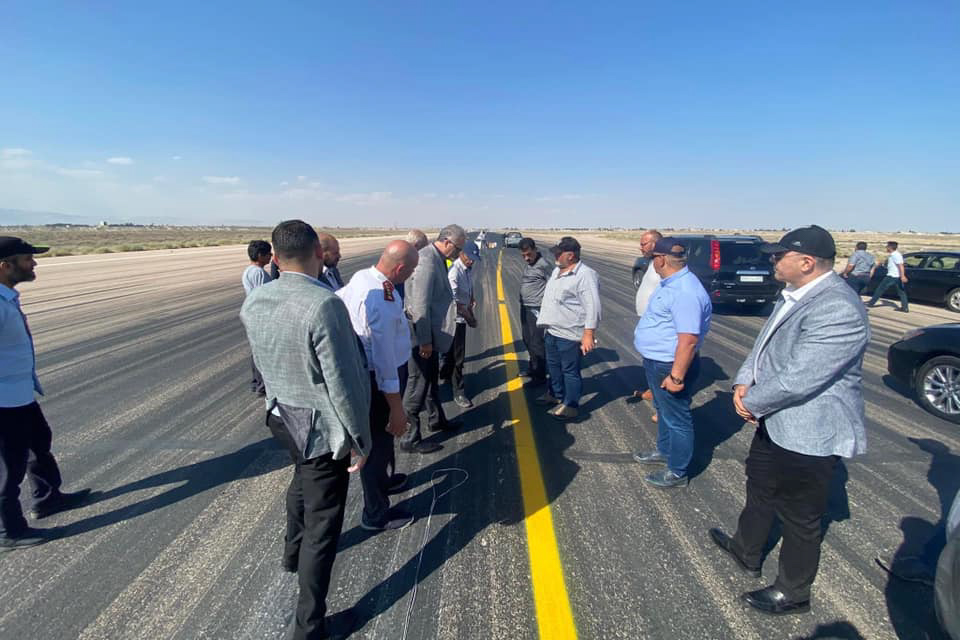 Syria’s Damascus International Airport resumed operations on June 23, nearly two weeks after it was placed out of service as a result of a powerful Israeli aerial attack.

The attack, which took place on June 10, inflicted heavy damage on the airport’s northern and southern runways as well as on the arrival hall. One of the airport’s workers was also wounded as a result of the attack.

While the airport was being repaired all international flights to Damascus were redirected to Aleppo International Airport in northern Syria.

“The [Damascus] airport will work at full capacity to serve the passengers and airliners following the repair of the heavy damage that the airport’s runways and equipment sustained from the Israeli aggression,” the Syrian Ministry of Transportation said in a statement on June 22, announcing the resumption of operation at the airport.

The first flight to land at the airport was Cham Wings flight 6Q744 from Sharjah International Airport in the United Arab Emirates.

The Israeli attack on the airport was condemned by Russia, Iran, Lebanon’s Hezbollah and a number of Palestinian factions, including the Hamas Movement. Prior to the attack, Israel accused Iran’s Islamic Revolutionary Guard Corps of shipping strategic weapons to Hezbollah via the airport.

Damascus International Airport was targeted by Israel on several occasion in the last few years. However, the scale of the last attack was unprecedented.

Israel could attack the airport again in the near future under the pretext of preventing the delivery of Iranian weapons to Hezbollah. Syria, which is struggling after more than a decade of war, will not likely respond in order to avoid a dangerous confrontation.

What is Team Putin doing to stop these continuing Talmudic Terrorism attacks? Is Team Putin a bunch of jew whores?

Sack the bennet govmnt,utterly useless to all arab nations,piss it off,before north korea reach it!

Work AT Home
Reply to  HOIMOSEXUAL MI6 NEVER LIBERATE ANYTHING

Last edited 10 days ago by Work AT Home
-2
Reply

And it will be attaked and put out of action like tomorrow, because Putin is a closeted semi-Zionist.

Surprising how few people in the Western world have the capacity to understand who rules over them, when acts of terrorism, war crimes, political murders etc all go unpunished. Whether it’s the killing of American sailors on the Liberty or of American presidents or the slaughter of innocent Palestinians, Lebanese, Syrians etc no one is ever held accountable if the killers belong to Israel.

‘ We know who has power over us when we know who we must not criticise. ‘

Zionism is Cancer
Reply to  Ioan

Let’s not forget the biggest Zionist production of all, “9/11” spelled backward as “lie”. The hook nose savages are behind every single crime… if it stinks, it most likely emanated from IsraHell!

You know the day when this satanic fuks hit the ground the world just become a better place.

Will self-affirmed friend of Zionism Putin change his tune or will he forever bow to the satanic cult, we’ll see come the next cowardly bombing run…

Team Putin dosent need to do anything to prove you his loyalty…Be smarth and make a friendship with Israel and make Syria super pover of East Mediteranian…like fucking Saudis and Kataris did. why they need to be smarther than you…

let them first apologised for all eveil…..etc