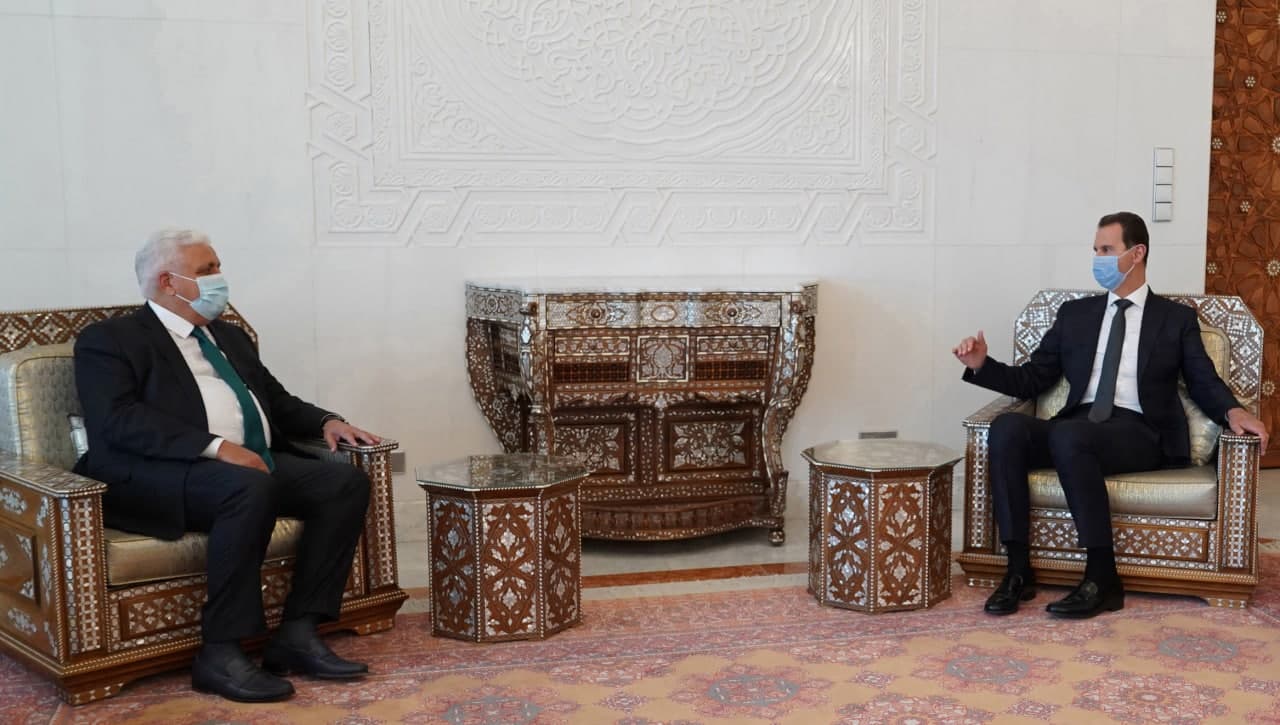 According to the Syrian Arab News Agency, the message touched on bilateral relations, issues of mutual concern, and recent developments on the political and security levels, especially the war on terrorism.

“During the meeting, the two sides exchanged view pints on the situation in the region, the challenges it faces, and the importance of continuing Syrian-Iraqi coordination and consultation in various fields, which constitutes a factor of strength for the two brotherly countries and peoples in facing these challenges,” the state-run agency said in a report.

Iraq is one of few Arab states which did not sever relations with Syria following the 2011 upraising. In 2014, Baghdad partnered up with Damascus to combat ISIS.

Al-Kadhimi’s message came amid reports of a near reconciliation between Syria and Saudi Arabia. The Iraqi PM is known to be close to the Kingdom’s leadership as well as for enjoying special relations with the US, which occupies vast parts of northeastern Syria.

In the last few years, Iraq played the role of mediator between Damascus and many of its foes in the region. Al-Kadhimi’s message may be related to the ongoing work to restore relations between Syria and the rest of the Arab world.

Beware, Mr Assad, of the viper that comes to you inviting you to pat its head, while it salivate. The iraqi PM is a Zio friendly arse kisser of the US and zio Arabia… The 3 vipers who brought death and destruction to Syria until this day.

The second most important issue for Syria is its economy. The welfare of its people must be improved now, not when the war is over. President Assad is wise enough to beware of snakes. I am of the opinion that this is a move to remove Iran from the scene. Last week top Russian military personal visited Israel. It is not easy to read the tea leaves in this situation.

Assad has been given his marching orders. Now he will make nice with countries that still covertly fund his overthrow. Do you like the theater yet folks ?

Israeli Apartheid and the illegal origin of the Israeli state should be concern to every American. It is a security issue and a moral imperative that Israel is cut off from support. Jews in America must denounce the Israeli Apartheid state and return lands that belong to Palestine.