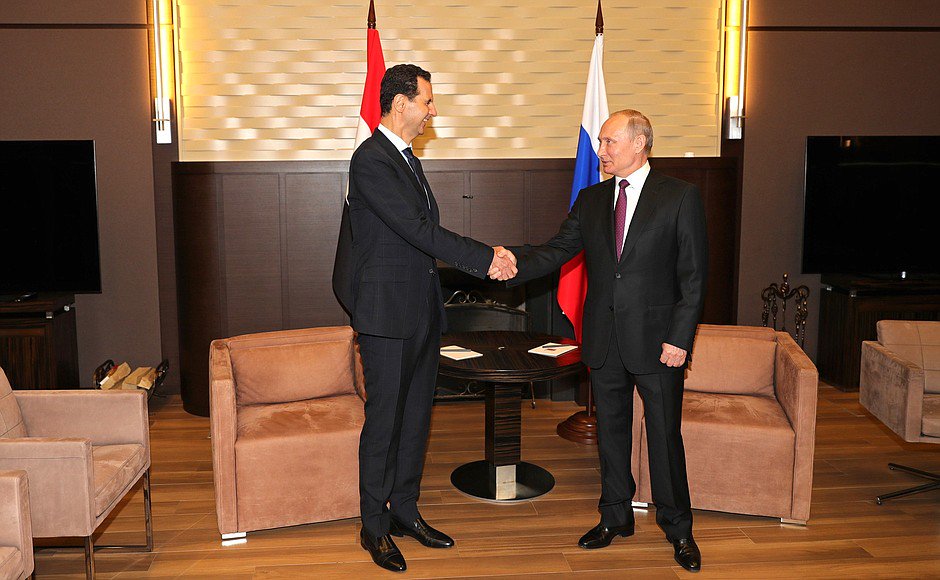 File image. By the Russian Presidency.

The Russian military kicked off the large-scale operation on February 24, with the aims of “demilitarize” and “denazify” Ukraine.

During the phone call, Assad said that the Russian military operation will “correct history” and “return balance to the world”. The President added that Russia is not only defending itself, but also defending the “principles of justice and humanity”.

“Western countries bear the responsibility for chaos and bloodshed as a result of their policies which are meant to control peoples … These countries use their dirty methods to support terrorists in Syria and the Nazis in Ukraine and in various parts of the world,” the Syrian Arab News Agency quoted Assad as saying.

The Syrian President went on to claim that the Syrian and Russian military are facing the same enemy, radicalism in Syria and Nazism in Ukraine.

From his side, President Putin informed Assad that the ongoing military operation is meant to stabilize Ukraine and end suffering of the Donbass. The people of the region, majority of whom are Russian speakers, have been under attack by Kiev forces since 2014.

Russia has been a key backer of Damascus’ war on terrorism in Syria. Russian forces have helped the Syrian Arab Army restore control over much of the country since 2015.

After Ukraine, gotta come back to Syria and kick out the Erdoganists and Amers. :) Syria is a true friend to Russia and vice versa.

Assad, the Lion of Syria is a wise and courageous leader. He is absolutely correct about Russia’s right to eradicate the terrorist ultra-nationalist Nazi wannabes in Ukraine.

Let’s be honest Putinist fanboys, Assad has turned into a right wh*re. Even China and Iran haven’t outright supported the Russian invasion. They both urged a diplomatic solution, yet Assad the cuck says this even as Israel bombs Syria with Russian blessing. I know a who*re when I see one, I’m Yuri, the two dime wh*re.

Lets hope after Ukraine Greater Idlib will be liberated too. Then toward East of the Euphrates!!