On May 1, Syria’s forces continued operations in the areas near the Syrian captial, Damascus. The Syrian Arab Army (SAA) and its allies took control of the the village of al-Rukabiyah following a day of clashes with the Islamists. Hezbollah fighters reportedly supported the SAA units in this operation.

The al-Rukabiyah village had been under the contol of Al Nusra and Jaish al-Islam. Some units of these groups are still operating in the nearby areas. 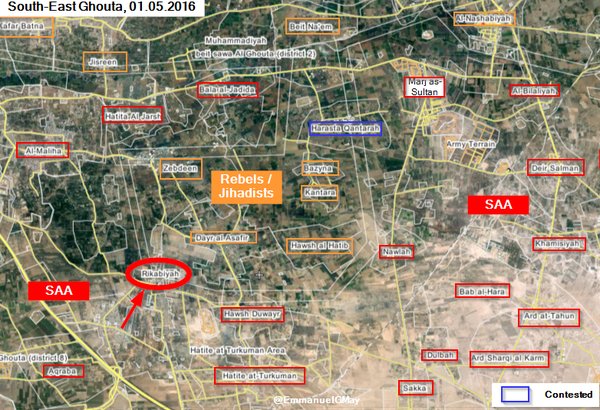