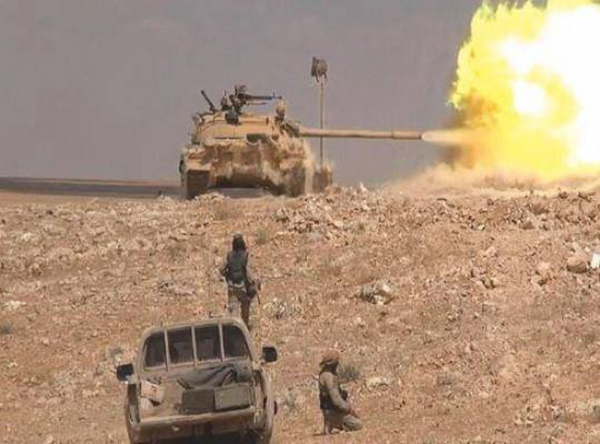 On Wednesday afternoon in the southeastern countryside of the Homs Governorate, the Syrian Arab Army’s 81st and 120th brigades of the 2nd Division imposed full control over several sites near the strategic city of Quraytayn after a violent battle with the Islamic State of Iraq and Al-Sham (ISIS).

The Syrian Armed Forces reportedly liberated the northern section of the Thaniyah Wall after advancing northwest from the imperative village of Mahsaa on Wednesday afternoon.