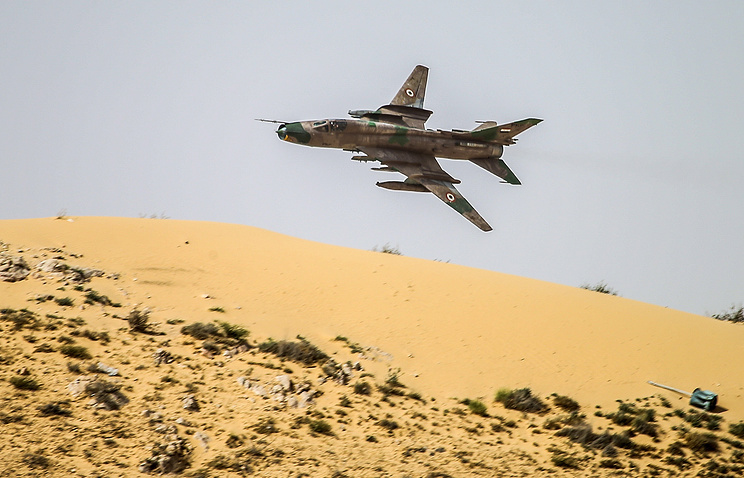 On June 14, the Syrian Observatory for Human Rights (SOHR) reported intense clashes in the region between pro-government forces and ISIS cells.

“Violent battles erupted, again, between the Islamic State on one hand, and regime forces and its armed forces on the other, at the Hama-Aleppo-Raqqa triangle, from the direction of the eastern Hama desert,” the monitoring group said in a report.

During the clashes, warplanes of the Syrian Arab Air Force provided SAA troops with an air support. A number of airstrikes targeted ISIS terrorists and their equipment near the town of Uqayribat in southeast Hama.

The SAA launched its security operation in southeast Hama earlier this week. The operation was a response to a large attack by ISIS terrorists on army positions there.

The SAA and its allies have been chasing ISIS cells from western Deir Ezzor to southwestern Raqqa, eastern Homs and southeastern Hama for a few months. The group’s remnants are likely struggling to survive, as many of their resources have been depleted.

Will the ISIS remanets remain forever ?, it looks like so.

As long as N.A.T.O. needs an excuse to stay in the Middle East, I.S.I.S shall continue to survive and be armed, directed, funded, and recruited through N.A.T.O. countries.

Nice…feed them dogs until their bellies are stuffed…