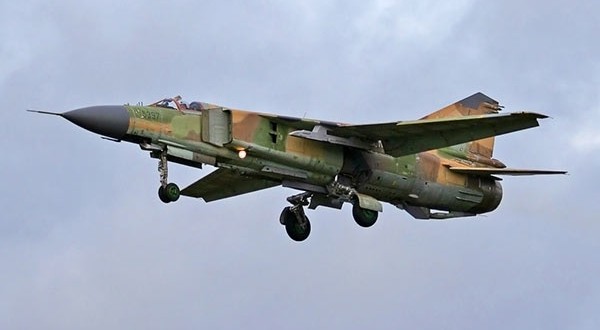 On June 7, Syrian warplanes conducted a series of combat sorties, targeting ISIS positions across the provinces of Deir Ezzor and Raqqa.

The Syrian air power, destroyed 2 ISIS check points with vehicles and manpower near the al-Resafeh crossroad. ISIS units at the Tabaqa military aiport were also targeted by Syrian warplanes.

In a separate development, the Syrian Arab Air Forces pounded ISIS positions near Tayyim oilfields in the southwestern part of the Deir Ezzor province.

The most part of the air strikes were conducted at Deir Ezzor and nearby areas: the Deir Ezzor airport, the villages of al-Siha’ah, al-Hamidiyeh and al-Baqaliyeh.

Meanwhile, heavy clashes have been ongoing between ISIS militants and the Syrian Arab Army’s troops near the Deir Ezzor airport.