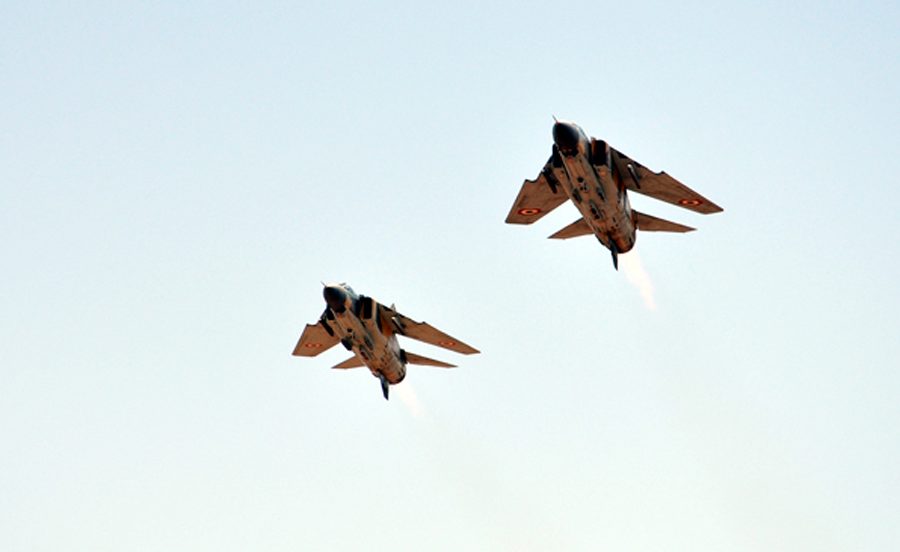 Warplanes of the Syrian Arab Air Force (SyAAF) have been spotted over Daraa’s western countryside, where tensions between government forces and former rebels are mounting.

A number of warplanes flew over the region between January 26 and 27 in what appears to be an attempt to intimidate former rebels.

The sorties began following a meeting between commanders of ex-rebels in western Daraa and senior officers of the Syrian Arab Army (SAA). The meeting, which was held in al-Dahiyah district of Daraa’s city center on January 25, was also attended by the Russian Military Police.

During the meeting, former rebels in western Daraa were allegedly threatened with an aerial strike if they don’t agree to expel six infamous gunmen to the northwestern region of Greater Idlib.

Five of the gunmen, who were reportedly behind a number of attacks on Syria government forces in western Daraa, were identified:

Local commanders in western Daraa were given time until January 28 to accept the SAA’s demands or they will face a military action. The Horan Free League reported on January 27 that the commanders are planning to reject the demands.

The situation has chances to escalate into a full-on military confrontation if western Daraa commanders reject the SAA’s demands.

Where are the Israeli Air Force jets to help their proxies? If the Syrian and Russian air forces attack western Daraa it will be uncomfortably close to Israel.

Possibly the hardened aircraft shelters (HAS) were flooded on the day.

The Israeli pilots are preparing to bomb civilians again in Gaza, in response to the Syrian pilots who dare to fly in Syrian airspace, I suppose. :)

and the gazans can hardly defend themselves against the jew-scum, so that fits the scum quite well.

During Operation Cast Lead in Gaza a few years ago, was was on the phone to a Palestinian man in Gaza as the IDF tanks rumbled by his home.

There is no such creature as a former Rebel,once they took up arms against their own Country thats it,red line crossed.

A new battlefront just opened. The Assad regime is finished.

it will be better when the do a fly over over tel aviv and haifa after the evil jew-scum’s ben kicked all the way to hell. can’t wait for that to happen.