ISIS terrorists are on the run in the eastern part of the Syrian province of Aleppo as government forces are rapidly advancing in the Maskanah countryside.

On the same day, the Syrian Defense Ministry released a statement describing the current achievements of the operation against ISIS in Aleppo. According to the ministry, the army liberated 30 villages, the Jirah Military Airbase, killed some 3,000 ISIS terrorists, destroyed 19 battle tanks, 5 BMP vehicles, and 11 VBIEDs. Concurrently, the Syrian Air Force destroyed 9 ammunition depots. To say the least, ISIS losses in man-power provided in the report seem overestimated.

Syrian troops also neutralized a number of ISIS top members during the operation, including ISIS Minister of War, Abu Mosaab al-Masri. If confirmed, this constitutes a major blow to ISIS ahead of the expected government push in the direction of Deir Ezzor and the US-backed advance on Raqqah.

The SAA 5th Assault Corps has taken control of the Arak gas field east of Palmyra as well as the Abtar mountain, the missile battalion, the Hillabat Palace area, and Tal Al-Fari south of the ancient city.

According to local sources, ISIS intends to withdraw from the entire area south of Palmyra and eastern Qalamoun. This comes amid the SAA push against ISIS in the eastern Homs countryside and the US-backed Free Syrian Army advance in the direction of Al-Bukamal.

According to local sources, the US-led coalition carried out an air landing operation in the area of Hamidiya near the city earlier this week. During the operation, US Special Forces reportedly killed 8 ISIS fighters.

Meanwhile, US-backed Syrian Democratic Forces (SDF) have captured the villages of Hamra Balasim, Nasira, and Al-Furqun in the Raqqah countryside.

The SDF is aiming to capture the Baath dam west of Raqqah in order to cut the last ISIS logistical line in the area.

Yes, the 3000 ISIS killed like like overestimate. In the report is missing casualties suffered by SAA and Tiger Force, which are substantial

Maybe they include the civilians?

The report is on ISIL casualties. Casualties taken by the SAA are not covered by this report because it focuses on ISIL.

Syria, Russia, Iran, Hezbollah and Palestine Liwa al-Quds, you are doing very great job but take care of yourselves heroes. The Syrian nation needs you and honestly proud of you.

God give you more strength and protect you from evils that is US and Co. Ameen.

I’m glad to see Eastern Progress near Arak because that is the right way for SAA to link up with PMU in Iraq without having to fight US or Norweigians, but just by fighting ISIS. I’m also glad to see abortion rights defenders closing in on Raqqa, which will need abortion services.

I’m waiting for ISIS to kill American soldiers. Let them fuck up each other, terrorists vs terrorists.

Your losing credibility. Because according to your website if anyting you report was correct. SAA had already won the war back 2014-15 and they have been advancing and making major gains everywhere? Hence the entire war would be a myth. But the reality is this war is still ongoing and pretty much intense and has lasted almost 7-years. No one is rolling through anyone as you describe every single day.

Report more facts gather then going full retard. It’s hard to come by anyone who actully reports real news except R & U videos on youtube. He basically reports as it is on the front lines

The war in #Syria is far from a “Civil War”. It is the organised destruction of a sovereign state for refusing to bow down to US hegemony 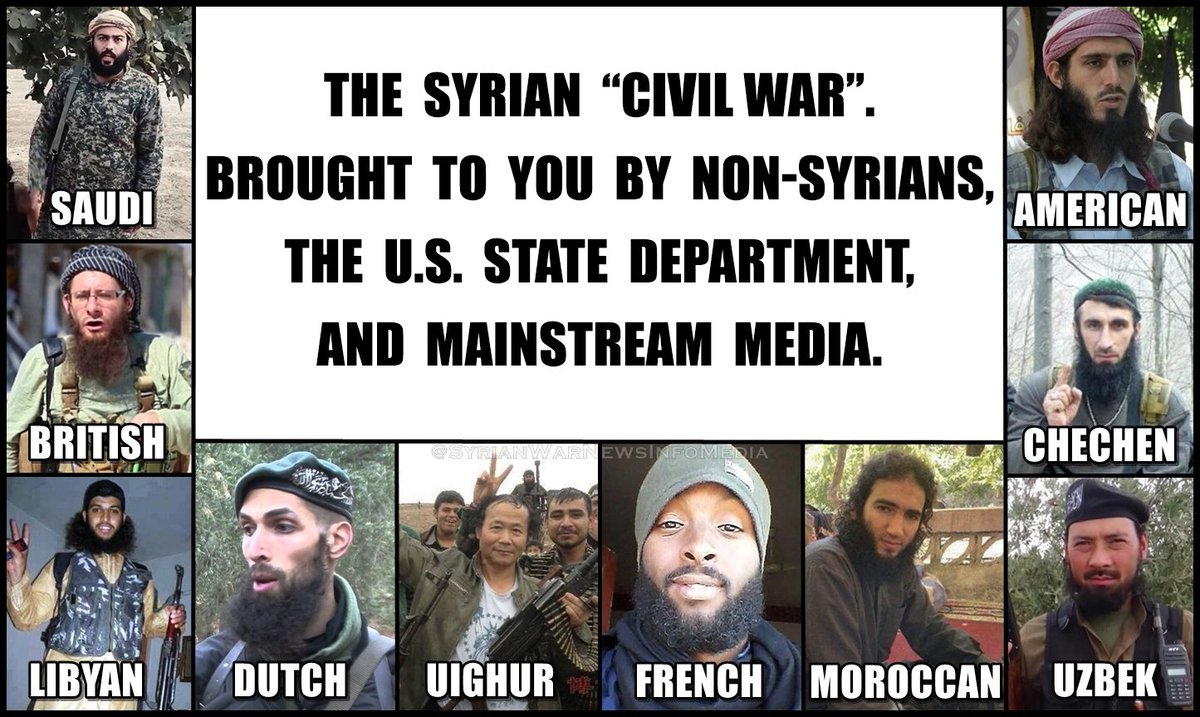