The situation escalates in Syria following the US aviation attack against an Su-22 belonging to the country’s national air force.

The Russian Defense Ministry said that the US move may be considered an “act of aggression,” and announced that it is halting all interactions with the US within the framework on the memorandum of incident prevention in Syrian skies.

“In areas where Russian aviation is conducting combat missions in the Syrian skies, any flying objects, including jets and unmanned aerial vehicles of the international coalition discovered west of the Euphrates River will be followed by Russian air and ground defenses as air targets,” the ministry announced.

At the same time, the US-backed Syrian Democratic Forces (SDF) also joined the blame game by attempting to justify the act of aggression.

SDF Spokesman, Talal Selo, announced that Syrian government forces “have mounted large-scale attacks using planes, artillery, and tanks” against the SDF in the province of Raqqah.  Selo threatened the Syrian Army with retaliation if government forces attack the SDF again.  However, the SDF representative was not able to provide any info about these “large-scale attacks.”  Furthermore, no local sources reported such attacks in recent days, reducing the claim to mere propaganda on the part of the US-led campaign against Damascus.

The Syrian army and its allies launched attacks against ISIS from Ithriyah in the direction of Resafa, aiming to clear the road linking these [two] towns.

If government troops link up with their allies south of Tabqah, they will strengthen positions of army troops in the western part of Raqqah province.  This will allow the clearing of area east of Khansir from the vestiges of ISIS forces in order to boost security of the strategic Ithriyah-Khanasir-Aleppo road.

In the Palmyra countryside, government forces attacked ISIS positions east of the T3 pumping station and near the Arak area.  Heavy clashes are ongoing. ISIS terrorists are attempting to prevent the progress of government forces towards Deir Ezzor.

True. But I am not sure everyone will understand this, however , I do .

If the SAA attacking the Zionist SDF is mere propaganda then so is the SDF allegedly fighting against ISIS.

So now SDF is jewish?

Israel has very close connection with the Barzani Kurds in Iraq, they need another ethnostate to continue justifying their existance, 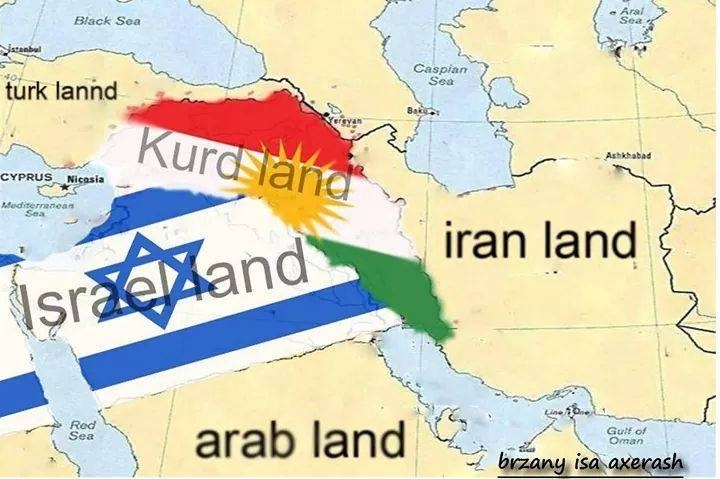 No, Kell is right. Ever heard of Erez Israel dreams? Groß-Israel Träume?

Yes I thought the Israel/Kurd connection was common knowledge but among certain neets evidently not, the Hasbara trolls are having difficulty responding to this information, I wonder why? 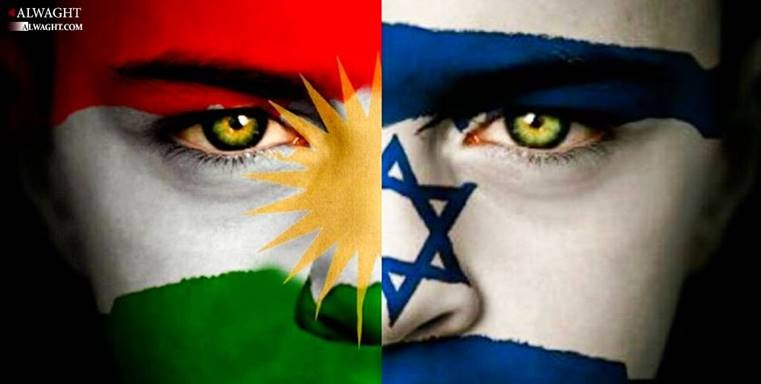 This guy is a real nut. 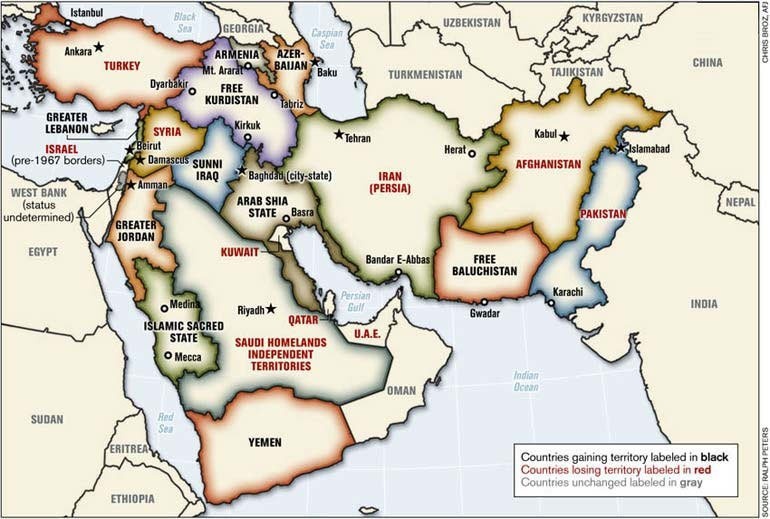 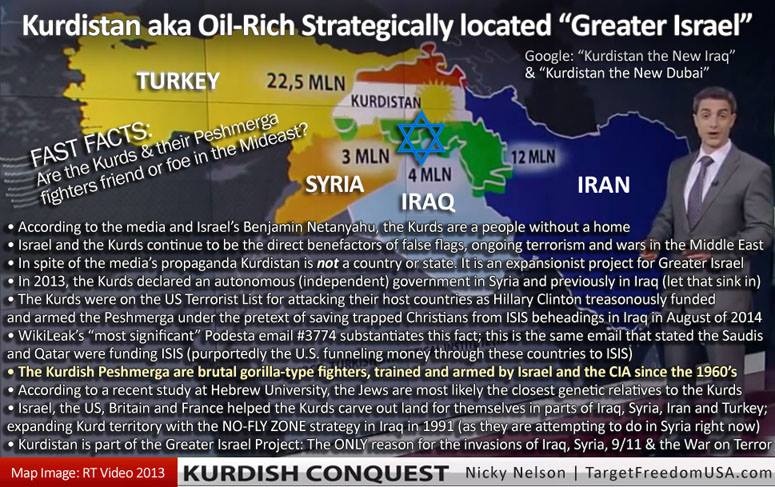 The Barzzani Kurds are Iraqi , very different from the Syrian Kurds .

All kurds are different. It exists NO kurdish. Too many languages, culteral differences aso…

It doesnt worry the Israelis, they are a means to an end, a base from which to attack Iran and another ethno state to justify greater israel. 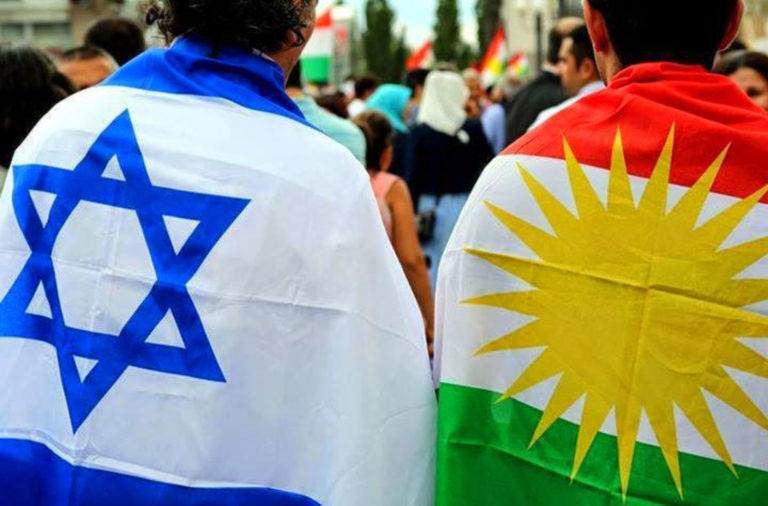 By this info, seems there are at least some S-300 at Jirah.

Does Sy Gov has already some Pantsir sist?

US shot down iranian armed drone over syria earlier

This thing has gone. It is apparent that the SAA will encircle the ISIS terrorists in several places. This is the end of this war, and now it’s only the distribution of the cake after that.

The first target will be Tel-Aviv

Soon Turkey Syria and Iraq will all attack the kurds in Syria and Iraq. This will likely happen before the end of August at the latest.

SAA should outflank the SDF pocket west of Euphrates, and take control of N4 going south.
The SDF contingent west of Euphrates will be boxed in and become rather useless in any future operations. If US tries to interdict SAA advance along western side of Eufrates, they will be playing with fire.

SDF itself has only limited interest south of the river, Tabqah and surroundings for obvious reasons and the south bank between Tabqah and a bit east of Raqqah to seal Raqqah to the south so as IS cannot get away.

I doubt they want to take DeZ, though the Elite faction under Jabar might want them to take it.

Much would depend upon the behaviour of the SAA, now seeking confrontation with SDF instead of battling IS.

The time of talks between Assad and SDF is past due. The present situation, without agreements and compromises, is not tenable. Assad seeming to think he can go back to his cosy Alawite dictatorship in all of Syria is simply not going to happen anymore. That point of no return has been passed. If he wants Syria to remain as a (somehow federated) state, he has to seek and find compromises with both rebels and SDF.

N4 is still west of Euphrates, I was referring to the SDF pocket around Tabqca, they need to be rendered useless like the al Tanf garrison was. You think Kurds make their independent decisions being prostitutes to Saudi Arabia and US?
Kurds do not have any rights to Tabqa, therefore they are presumptuously offering US a base in Tabqa.
The Tabqa pocket needs to be eliminated, regardless of what US considers the area.
Let the Kurds withdraw to the NE part of Syria, otherwise when the Palmyra and Resafa pincers destroy the ISIS remanants, SDF will be next.

Even if SDF fails to race East from Tabqa and gets boxed in, they can still expand tabqa airbase to replace Interlik and hold and cross a lot of river between Raqqa and Dier Ezzor, with both oil and irrigation value.

The dam and everything west of the river is well outside of Kurdish territory .

Some arabs support PYD policies like abortion rights and can defend them in the tabqa area.

Kurds are squatters in the Tabqa area and north along the Eufrates river, they will be evicted.

SDF yes, other rebels probably not.

I do agree with you , the time has come for talks between the Syrian government and the Syrian Kurdish . From my point of view , it seems the US is focused on driving a wedge between the two . As you know even Raqqa is south of Kurdish territory , the dam for sure . I would hope all Kurds would have a say, as in some type of referendum .
Like any people the Kurds have a number of groups that the SDF claims to represent .
My fear is the American controlled SDF organization will steer the Kurds into a no win position of opposing the government . The Americans are great at making a “sale” , they will tell you what you want to hear , but follow through only for as long as it suits their “interests” . Godspeed to the Kurds living in peace , within Syria .

No, the time may have passed… or there may have been no such opportunity. March 2016 was probably the most convenient time, yet it was not ripe then.

There is always time to create peace , if this is not done the Kurdish will be in an extreemly difficult position , Turkey will cut their water supply , and they will face two national army’s , one on the north one on the south . The Americans will not die for the Kurds , how long can the Kurds fly in food and water .

No, he cannot seek compromises with the rebels, as the rebels are not willing to compromise.

You are childish. Syria is not Mr. Assad alone. So, note that the kurds are sitting in a foreign land (Syria) with a foreign order (USA) to blackmail the owner and get money for. Syria will remain a federal state with provinces and if the kurds want to get autonomy in certain fields of politics they can’ t reach that by backstabbing Syria in more than one time. Imagine, if the SAA wants to protect its own land and they do that, they have not to ask the kurds. Dream your dream, at last two enemies (Syria and Turkey) will have secret talks to get rid of the saudi-led and us-sucked kurds. Your own blame then.

Syrian kurds are not sitting in a foreign land. They are Syrian. They said time and again they want autonomy or a federation. Assad says all kurds love him, voted for him and he sees no reason to negotiate.

KSA does not lead the SDF though recent rumors says that they might support SDF to spite the Turks.

Similarly for aerospace that I want all Syrian aerospace should be no fly zone for all hostile jets.

The US is an undoubted rogue State and takes no notice whatsoever of International Law. It’s a bully that thinks it can break the law to suit itself. Problem is that all recongnize it as an all out Warmongering State and Military Adventurer which it has been since 1945 and its actions differ very little from Hitler’s in Czechoslovakia in 1938 and Poland in 1939. False flag attacks, proxy armies and loads of propaganda. It created, funds and support ISIS totally. Trouble is no one but a complete idiot believes anything Washington says anymore and their agenda in invariably neferious.

In 1938 the Germans took Bohemia and Moravia back – their full right. In 1939 the polacks got what they deserved because of their assassination of Germans since 1921 in Upper Silesia and their henchman job for England.

Nah, Nazis were the Zionists’ useful tool. They funded Hitler and they funded the Bolsheviks. Perfect for these two to kill each other off. Then the US would come in and mop the victor. Hitler did what he was supposed to do and he attacked Russia. He lost and the USSR got heavy losses but not enough for them to be prime pickings for the Americans. In fact, they got stronger through the experience of the war. So the correct analogy is the Zionists’ actions. They don’t actually fight wars themselves, but they finance and manipulate others to fight wars. This is what they doing right now. It’s the same as in WW2 (Pearl Harbor was a Zionist set up), and in WW! (Churchill and Wilson pulled America into the war on the back of the Lusitania set up). The Zionists get their dumb borg killing machines the US to do all the wars they need to gain hegemony over the region. WW2 got the Zionists Western Europe and now the War on Terror got them most of the Middle East playing to their fiddle.

No problem and keep calm…SAA has the control of all petrol yields in Syria only Deir Ezzor still are under ISIS hands!…SDF kurdish will be crushed by Turkish air force if they cross the river to take petrol yields…SDF in southerSyria is not a big problem as RUAF has attacked them when these terrorist want to move forward….Al Tanf is an small outpost encircle by SAA and Shia troops…from time to time Trump bites but cannot change the SAA victory over terrorism in Syria!

Sooner or later Russians must hit United Snakes of America.

If US-americans lose a few tausend soldiers they will leave Syria for ever.

Who will do this work?

I would say, US every time screamed for no-fly zone over Syria. Now, they have this demanded zone, no US plane can enter area west of Euphrat river…