Syrian government forces, backed up by the Russian Aerospace Forces, have liberated the village of Baghliyah and nearby hills from ISIS terrorist sin the eastern Homs countryside. Thus, the army and its allies outflanked Dabat Milli, Taliah Sharqiyah and deployed in a striking distance from Rasm Hamidah where clashes are now ongoing.
The general idea of this advance is to put additional pressure on ISIS terrorists north of the Homs-Palmyra highway and to contribute to a wider effort aimed at isolating and destroying a large ISIS grouping deployed at the town of Uqayribat. Pro-government units have been struggling to do this since June. However, ISIS has a strong defense and is not going to withdraw without the battle.

Meanwhile, the Syrian Arab Army (SAA) Tiger Forces and pro-government Tribal Forces have liberated of Shinan and Abar al-Jeraih near the Euphrates River in southern Raqqah.

The advance followed reports that the SAA and the Syrian Democratic Forces (SDF) made a deal dividing the spheres of influence in the provinces of Raqqah and Deir Ezzor on July 20. The agreement was reportedly backed by Russia. According to the agreement, the SAA and pro-government tribal forces will be able to gain areas in the southern and southeastern Raqqah countryside and the northwestern Deir Ezzor countryside without any resistance or antagonism from the SDF. This will allow government forces, backed by the Russian Aerospace Forces, to advance towards Deir Ezzor city from the countryside of Raqqah and Palmyra simultaneously.

Some 400 government fighters with battle tanks, multiple rocket launches and other equipment were allegedly deployed in Ukayrshah and Dahla near the contact line with the SDF. The total number of Tribal Forces fighters involved in the operation is about 4,000. The SDF allegedly abandoned plans to captured the western Deir Ezzor countryside.

If it’s true, the agreement will be an important contribution to a de-confliction scenario between the SDF and various pro-government forces. However, there could be some hidden terms and conditions behind the deal that may appear later. There is a lack of info from Raqqah provinces because of a strict media censorship imposed by the Syrian military. Meanwhile, the SDF avoids publishing info about its contacts with the SAA.

According to pro-Kurdish sources, the continued advancing in Raqqah city, repelled an ISIS attack killing 35 terrorists and seized a major part of Hisham Ibn Abdulmalik district. Some problems faced during the battle for Raqqah may be one of the reasons behind the alleged deal with the SAA.

Don’t sound secret to me. 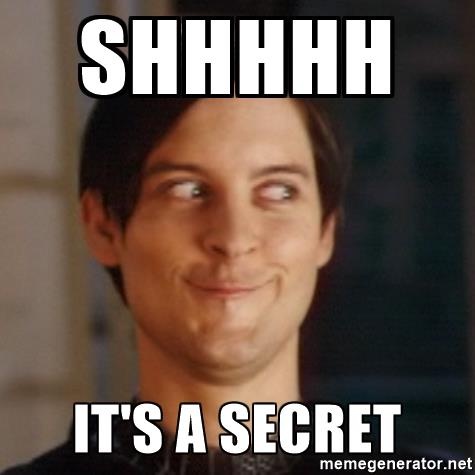 PZIVJ
Reply to  Kids in Africa

We should not be discussing this topic! 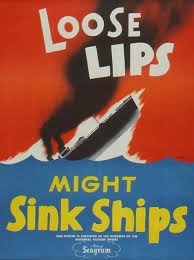 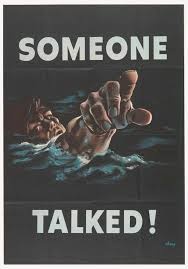 Comes across as a Partition of Syria.

As long as its a partition between Assad and the SDF only it seems tolerable. If Turkey and the other Jihadi enclaves have to be added to the mix that’s a division too far.

Seriously? War and peace based on abortion rights? The Lilliputian wars on how to crack an egg made more sense.

Jonathan Cohen is a modern day Cato the Elder. He has to conclude every post with something about abortion rights. It’s his thing. Don’t take it too serious. Neither do we. ;)

The Romanian revolution and Kashmir have already been fought for abortion rights so it’s not the first abortion war.

The first casualty of war is the truth, so it’s best never to trust subjective claims of what a war was about.

Jonathan Cohen
You have to view your obsession if it is an act permissible under Sovereign Syrian Law.

For a territory deemed to be part of the Sovereign Syrian State, the following conditions have to be met:

Syrian Government Services should not be excluded from that area.

Syrian Police Services should conduct Law and Order in that area.

Syria should be able to Militarily Defend that area from Turk, Israel, US “Terror Axis” attack.

Syrian Military should be able to move freely in that area without being wiped out.

Syrian Air Force should be able to fly in that area’s airspace without being shot down.

“Syria should be able to Militarily Defend that area from Turk, Israel, US “Terror Axis” attack.”

It can be argued that for several years the Syrian military was unable to do just that. The Kurds were basically left to fend for themselves as the SAA withdrew to its western heartlands. And the Kurds did fend for themselves. Fairly successfully even without US support. And a government that cannot project force to protect its citizens throughout its territory is a government that loses credibility.

Now, when they’re not letting themselves be used as stooges by the Pentagon, unlike ISIS, the FSA, Al-Nusra, all the other Shams and their foreign backers, the Kurds were, and are still not seeking to overthrow the Assad government. And seem willing to play ball and cooperate. That alone should put them lightyears ahead of any other faction come the peace settlement.

No; they were not abandoned. Unless you remember, large parts of Aleppo, Damascus and Homs (three largest cities) fell to militants, while Hasaka, Qamishli, Raqqa, and large population centers in those provinces were fully under saa control and stable. Haska and Qamishli, two key cities in Kurdish areas, NEVER fell to enemy forces.

saa withdrew northward into Hasaka & raqqa towns and its bases in areas with significant Kurdish populace, like Ayn Issa, Tel Brak, Kawkab, Hasaka, Qamishli, etc.The government utilized the same tactic it was utilizing across the country, it focused on defending the large population centers, for obvious reasons.
Kurds received all of saa’s weaponry from the regiment base at Ayn Issa as well as the the base itself, which is the first time they were truly armed, and so by Damascus. Most saa depots and arms in the country side were taken by them, and they were armed rapidly.

No “abandoning” took place, and saa remained in these key centers until present, or until they were attacked and expelled by krd militias, like in Hasaka. This is ironic, because it was saa that mounted a successful defense of Hasaka from a major offensive by isis, and cooperated and armed krds in the city.

Raqqa was abandoned by the SAA to the stronger rebel groups who in turn abandoned the city to ISIS.
The USA stepped in to assist the Kurds because Assad’s regime was incapable of defending its own frontline positions due to a lack in manpower and resources.

I dont see the picture like that at all. Some corners are correct.

You’re not very bright. Someone has to be in charge when territory is recaptured so the Assad Regime has allowed the Kurds to do just that since Damascus lacks the trained workforce required for staffing all the various government departments and police forces. You seem to forget that a huge percentage of the Syrian population has fled out of the country for good plus all those who have died due to the fighting.

Kurds are a nationality in Syria along with other nationalities which make up the Syrian state. All of Syria’s component nationalities should take part in the governing of their country including the Kurds.

Kurds made only 9% of Syrian population before the war. They already control 25% of Syrian territory; however, this territory produced 60% of Syrian oil, 95% of hydro electric power; 80% of heat and cotton, and fully controls irrigation and the flow of the river into the dessert.
24 million Syrians across the country had benefits from these resources. To have a tiny percent of the populace, ethnically homogeneous at that, hoard it all for themselves would be undemocratic, immoral & wrong on various levels.
Imagine a tiny minority in your country getting to take over 75% of resources all for themselves!

BTW, countless reports and testimonies of krds committing ethnic cleansing of areas they take over illustrates a serious issue, which could get out of control, easily.

Not at all. His assumptions are bound describing them as hostile with hermetic closed concrite walls around them.

That has never been any politic of the kurds there – even when they were communists. Their program dont say so. Their enemies say so and mainly ´Turks and Assads.

Kurds hasnt the education and skills for advanced things as Israel began with. They are mainly well organized proletares having their wishes in a low level in a simple way. But its advanced compared to the Syrian one.

Very true all of that. Add to it that many of the 25% of the lands they control is former Assyrian-Chaldean territories , and the Kurds were , many of them , welcomed to Syria as refugees . And probably half of the armed fighters are Turkish Kurds , figting on Turkish soil for many years.Syria was the country that offered the Kurds a refuge ,when they were themselves ethnically cleansed from Turkey some decades ago, as they were also the Assyro-Chaldeans

We cant move that far back having was, was and has been. Im well aware those many killed in that area and about 100.000 were killed and churches mnost places are gone.

Kurds has been there al the time more or less even You insinuate they all are from Turkey.

Arabs has made a pressure north as well as well as sunnia has been removed in Iraq as well.

very much isnt,those terrible kurds. I don think it a way out to blame, what their Grandparents did.

Thats rubbish. Before they tokók it from ISIS and not Assads they controlled nothing.

Your low expections around kurds reminds me of the old – Thieved think everybody else are stealing.

So kurds by SDF will send oil and electricity out to the americans by air-ballons or what.

I’m guessing they gave SDF the area East of the river, which has oil, yes? and where SDF can relieve dier ezzor first and bring abortion rights with them. Does Al Bab have abortion rights????????

As long as you have abortion rights we are traveling along nicely.

Mmm looks like they are going to have a decent crack at reducing that salient, that T-62 has the latest all round Sarab ATGM scrambler on it, nice hopefully they have a fair amount of their gear covered by these before going in. 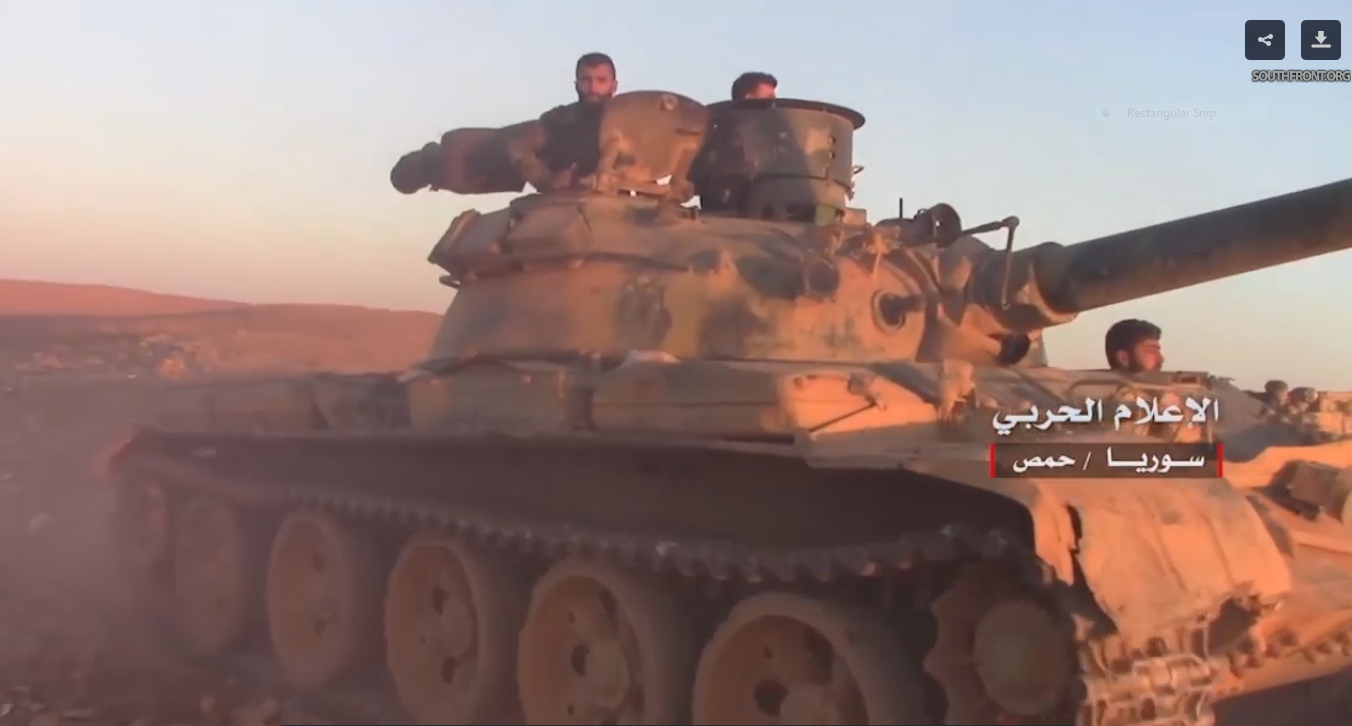 It would be even better dressed up with some BDD and gridmesh like this late Afghan Soviet one, bit more robust against unguided SPG-9s and RPGs. 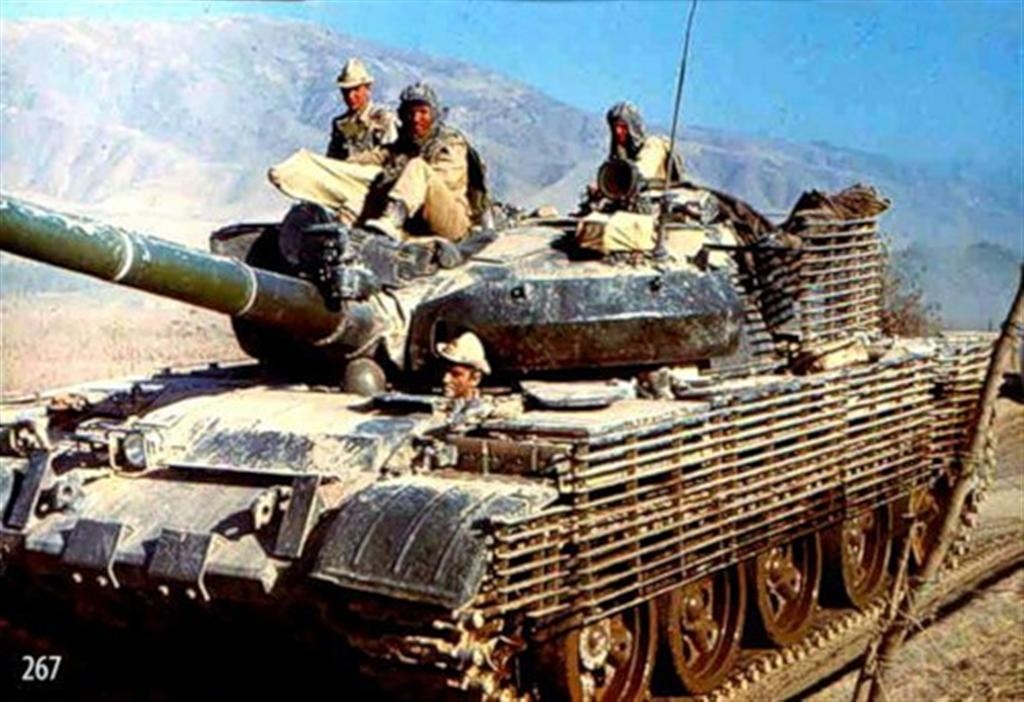 Maybe this is the begginings of a solution to the problems in that area,as in if good deals can be made with russia and syria then why should the kurds keep fighting the American agenda?theres got to be baby steps everywhere,its all good and well saying “dont allow this” “dont make any deal there” but the big picture is that now the syrians get a run on Deir Az without Kurds and US jets attacking all the time,the Kurds get a chance to clear out isis without having to worry about SAA incursions (we know its syrian land but for now its a bit delicate) so although it might taste a little bad for the time being atleast the main objectives can be met, how is anything going to get done if everyone is attacking everyone?thats what caused all this in the first place! This is PROGRESS! i for one cant stand the fact the kurds have jumped onboard the American bandwagon and would love to see SAA roll over them and take back whats theirs but its not possible,not yet anyway,calm down folks,more to come yet.