The Syrian Army and its allies have been attempting to capture the Abu Khashbah area in the eastern Damascus desert.

On Wednesday, government troops advanced in the area south of Ar-Ruhba in order to close and encircle the area controlled by US-backed militants south of the al-Seen military airbase.

If government troops liberate the Abu Khashbah area and clear the militant pocket west of it, they will significantly shorten the frontline in southeastern Syria and make another important step in the isolation of US-held garrisons at the border with Iraq.

There is no evidence that ISIS Top Leader Abu Bakr al-Baghdadi is still alive, according to US Army Lt.  Gen.  Stephen Townsend who currently commands the Combined Joint Task Force – Operation Inherent Resolve.  However, Townsend said that he cannot confirm that the top ISIS member is dead.  Since June, reports have been circulating that al-Baghadi was killed in a Russian air strike on an ISIS command post in the province of Raqqah in May.  Earlier this week, the Al Sumaria TV channel reported, citing its own source in Iraq, that ISIS had released an internal statement confirming the death of al-Baghdadi.

The US-backed Syrian Democratic Forces (SDF) have repelled ISIS counter-attacks in the eastern and western parts of the city of Raqqah.

The SDF found 3 tunnels and 4 VBIEDs abandoned by ISIS members and destroyed at least 3 vehicles.

Intense fighting continued in Old Raqqah as the SDF attempted to develop momentum in the area.  However, US-backed fighters have not been able to break ISIS defense lines.

The SDF faces especially fierce resistance by ISIS in the Diriyah area.

US-led coalition airpower destroyed a part of the Abbasi Historic Wall in the Old Raqqa area, according to local sources.  The site was a part of the ISIS defense.

The US-backed Jaysh Maghawir Al-Thawra militant group operating in southeastern Syria has refused to work alongside another US-backed faction – the SDF, according to pro-militant sources.  Jaysh Maghawir Al-Thawra has allegedly denied that it intends to redeploy to the Shadadi area in the northern Syrian province of Hasaka and to participate alongside the SDF in the expected US-backed advance on Deir Ezzor.

Earlier this month, reports appeared that the US is going to build a military garrison at Shadadi with the aim to use it as a foothold for the anti-ISIS operation in the province of Deir Ezzor.

Anyone else getting this error? 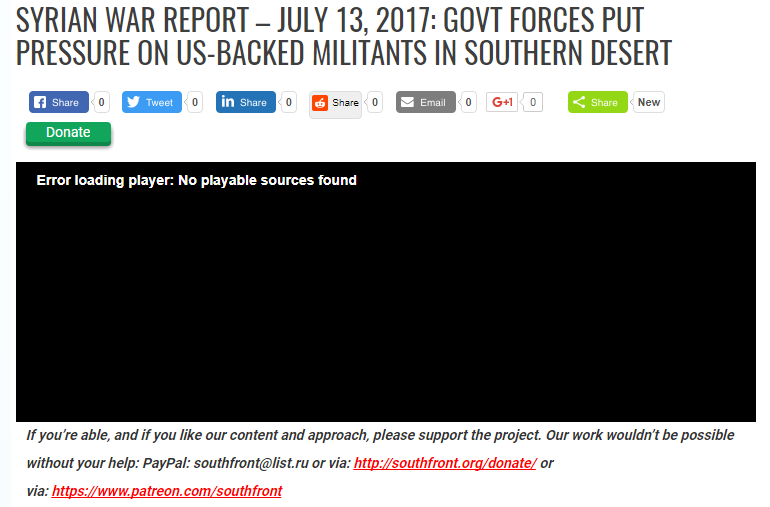 yes i have it too

shut the fuck up. no one likes you. no one is talking to you.

you have Iran on your border now and Russia as well.

we? sure not, little jihadist :DDD

russia is dwarf, iran is mouseshit

u are the dwarf mouseshit lol

In Russia there’s a kid’s story (short poem) about elephant that was walked along the city streets and a little doggy that was barking at the elephant. Little dog thought that people would think that she’s very brave :)
Solomosha reminds me of that little “brave” doggy

yup, such idiot story can create only russians. you only fortified, that russia is dwarf.

We all WANT it to happen for you!! Lol!

all??? you are too optimist, little cock :DD

i aint got this error but i’m having lots of trouble playing the vids, like if im playing them over a 256k connection when instead i got 100mb.
its happening since like a week.

Same here, got a good internet speed yet with a lot of videos it’s like I need to load a one Terabyte video or something.

Florian We
Reply to  Samuel Boas

I’m getting this error too.

the jews are at it again. fuckin jews.

went a flag, you racist :DDDD

If it was jews, You computer and house was in fire.

Q : How many jews can you fit in a Volkswagen ?

Could it be Solomon’s computer worm attacking SF? 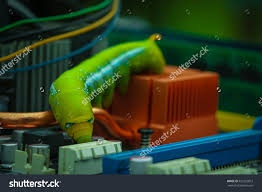 sure, you unintelligent animal :DDDD

told the stipud, who must write twice his name to be able to rember it :DDDDD

Someone else has got your little game now soloman! Your plan is beggining to fall apart!

are you play game? all right, then go back in the kindergarden.

Dear friend, please try to use CTRL+F5. All is working.

The Farney Fontenoy
Reply to  Kell

Depends on your browser, I use Palemoon and dont even get an error, works fine on IE, so I’m guessing the problem is Firefox-based.

Kell
Reply to  The Farney Fontenoy

Yeah tried both firefox and chrome was getting it on both but that was just after they uploaded the video, but its working now, was wondering if Southfront was being attacked or something

Kell
Reply to  The Farney Fontenoy

Get off this site with your advertising – you’re not wanted and contribute zip!

Ignore the troll. All they want is a reactions.
They will and certainly post anything that offending and rude just to get attention or better a response. If you see such troll they may accompanied their post with an emoticons such an :DDDD or :) to make you think they laughing or making fun of it however just think again.
This :D or this XD or ;) is just a symbols that can be copy pasted anytime they want and didn’t reflect anything real. Such troll will operated anonymous, any information personal he given will be false and any association they pretend to have were fake though they may will pretend to defended it or lashed back because of it.
Just do remember that in the net you are in this anonymity as well and can just lash out back just the same and any kinds of harassment post,response, and conversation you get has no real connection to you or anything you believe and cared about in real life. You are still fine and just nothing will affect you from those troll in real life.

Even though solomon is a bit annoying he does allow us all the chance to let of steam now and again,and his childish remarks are sometimes amusing.

He also locks his profile so we cant catch him out in his little games.

Well done SAA outflank and destroy the the SDF and frustrate US Deep State plans in Syria. You’ll be needing those PANTSIR’s if you destroy the SDF and the US will bomb you for sure if they can!