Pro-militant sources and the mainstream media have already started a propaganda campaign targeting the SAA as the only side responsible for civilian casualties in the area. Various sources provide different numbers, but the key thing in these reports is that the number is high.
Meanwhile, Russian Foreign Minister Sergey Lavrov said that Hayat Tahrir al-Sham (formerly Jabhat al-Nsura) will be exterminated if powers having influence over the group fail to discipline it.

“That is why we are asking our Western colleagues, who have leverage on Jabhat al-Nusra, to make the effort to discipline this structure, as far as resolution of humanitarian problems is concerned, otherwise it will be destroyed,“ Lavrov said.

Amid reports that the YPG and the SAA have reached a deal over Afrin, Turkey has threatened to strike Syrian government forces should they enter Afrin to “provide protection” to the YPG.

“If the regime enters [Afrin] to clear out the YPG, then there is no problem. If they are entering to provide protection to the YPG, then no one can stop Turkey or Turkish soldiers,” Foreign Minister Mevlut Cavusoglu said on February 19.

On the same day reports once again appeared that, government units are set to enter the Afrin area soon. However, the situation is still unclear.

i was rigth the saa aren,t set the afrin!!

You can call me Al
Reply to  israel first murica last

Go powder your nose, so that you can use it for your fishing trip. then F.O.

For those who are interested regarding Afrin, the deal that would see the SAA enter Afrin has demands that the kurds lay down all of their arms and hand them over to the SAA, join ranks with the Syrian army and hand over positions. The kurds wanted to agree a couple of days ago but according to reports, the SDF did not let them agree to this. The SAA would not engage Turkey if the deal had gone through because Turkeys goal is to remove kurdish controlled border towns and strongholds. I hope the SAA let’s Turkey do its thing in Afrin and perhaps let them engage in Manbij just to piss the US off. They have nothing to lose.

YPG should negotiate with Turkey, which is allied in protecting ABORTION RIGHTS, against ABORTION banning Syria, not visa versa.

I have now aborted you Samantha. I will not see you again now :)

LMAO let Africans learn how to have abortions, theirs is the only population that will keep growing into the next century…and Lord knows the last thing this world needs at this point is more black Africans with their fucking palms out.

Only Mozambique has them so far. And South Africa, but it still has a lot of white influence.

hopefully the ABORTION RIGHTS defending YPG will advance southwest all the way to windhoek, Namibia; then to Santiago! And Northeast to Kabul!

You can call me Al
Reply to  Samantha Green

Silly fucker, you are done with me you piece of dumb slime.

I don’t hate you . But I will just block abort you.

What do Africans have to do with it. Were you anally raped by a black African or desire for one to do so?

Lol, wtf are you on about ‘Samantha’? You know this is a military news/blog site right? Do you find this constant “abortion rights” talk funny or something? Because no one else does.

This and all wars are caused by abortion bans, which are the ONLY thing on earth worth fighting against. that and ZONING!

Only a fool would surrender its sovereignty to a foreign power. Sooner or later, the SAA will have to fight with all foreign invaders including the Turks. The Turks have no say in the negotiations between the Syrian government and its Kurdish minority.

Goℴgle giving you 99 US dollars/hr to complete some jobs on a home computer … Do work for just few peroid of time in a day and live happy greater time together with your loved ones .. You can also apply this offer!on Thursday I purchased a gorgeous Mercedes-Benz S-class just after earnin $19744 this last five weeks .it seems nicest-job but you would not forgive yourself if you don’t view it.!me052b:⇋⇋⇋ http://GoogleFinderInternetBusinessOpportunities/getpaid/97$/hr… ♥♥♥t♥m♥y♥x♥♥v♥♥s♥♥q♥♥k♥♥♥j♥♥♥k♥♥♥e♥j♥♥♥c♥♥♥p♥♥j♥♥y♥p♥♥♥o♥o♥c♥♥v♥d♥a♥♥e♥♥♥b::::::::!be441k:rwtnm

with 3 million syrian refugees, Turkey definitely has a say. It also has the soft and hard power to act on it. hence, the deal with russia..

israel should come to rescue

while turks are useful to the SAA for harassing the american proxies it is good to also consider the negative externalities of turkish occupied Syria, a cure that is worse than the disease. I believe that the E Ghouta operation with the tiger forces is a result of an agreement with the turks and the russians to seize a border zone around afrin, while SAA makes a move near damascus.

You’re under the impression that Iran was anything but a paper tiger. Unlike the other foreign powers the IRGC suffered decisive defeats.

Russians say, Lavrov says, Putin says; Are Assad and all of its government dignitaries tongue tied; or is no one listening to them?
The Syrians must have someone with an actual name, v sides Assad.
I hope whomever is running Syrian military, does each theater commander just do with whatever means each has at hand, realizes just how militarily powerfull Turkey’s armed forces are and how well they are armed.
TURKEY CAN just as easily show SA A as great a lesson as US showed the Russian mrrcs who are part of Syrian military.
Why deliberately poke at Turkey by aiding those portion of Kurds whose goal is to steal. SYRIAN so oil and has killed and driven Syrians from hearth and home.
KILL and imprison as Iraq did every male and female of their group, they deserve no less.
WORK with Turkey!
Right now Syria is in no position to take on any major powers, US. Turkey and Israel. They need to consolidate any and lands behind their main battle front.
THEY can go kick butts with Turkey on one side of Kurds an them on the other.
THEY need “Full control” of as much la nd near Afrin as they can grab, right now.
YES LATER THEY MAY HAVE TO CONFRONT TURKEY AND US DOMINATED AREAS, BUT BETTER LATRR THAN NOW.
AND NO MORE PUSSYFOOTING WITH ANY KURD , AL’Q. MERCS OR ISIL peoples.

Jens Holm
Reply to  Hide Behind

And the Turkish dwarfs are bigger too and Assad think he is commander of the Russiand army. Why do I read this. Its like when we once had paracites. We had to give them nut not to get nuts.

You are nut or not.

I think that what the Turks want is the restoration of Syrian government administration in SDF areas in a manner the neutralizes the Jew’s and their Israelistan Kurd collaborator’s ability to use Syrian Kurd Israelistan to wage civil war and partition in Turkey in the same manner that they’ve done in Syria. Which is what Mossad and IDF forward elements in northern Syria are gearing up for. So that the Tel Aviv crime syndicate and their Jew infested US and NATO partners in crime can begin the mass murder of Turks, as they’ve done to so many other victims so many times.

I think that the Turks face two choices. They can begin building larger cemeteries in Turkey for mass graves to prepare for the Jew cull of hundreds of thousands or millions of Turks and the destruction of their cities. Which is a well established Jew specialty for Jew entertainment. Or they can fight the Jew machine in northern Syria to try to get the problem corrected there.

I have seen that building before – where is it please ?.

AH maybe I was thinking of something else, as below, but yes you are right –

US MILITARY
SWASTIKA SHAPED BUILDING author: Voxfux
They are getting bolder and bolder – putting it right in our faces. The US Air Force building in Coronado near San Diego is unmistakably a Nazi Swastika.

That’s the new german intel hq, the site that I got it from is wrong, this is the picture that goes with the link: 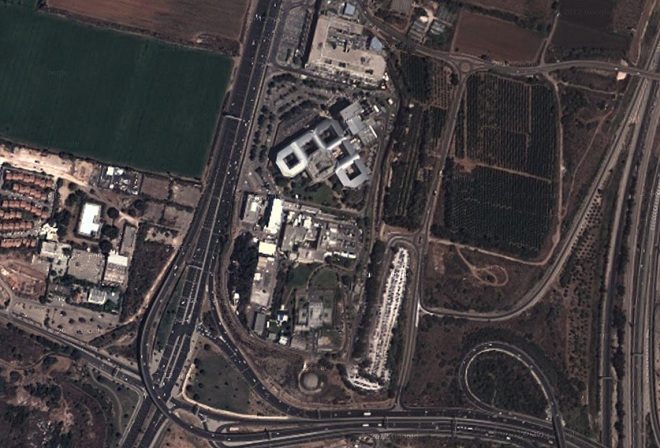 This is from google maps: 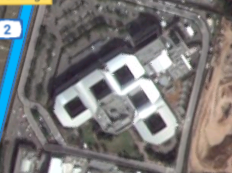 These are the maps, it’s right next to the movie theater: 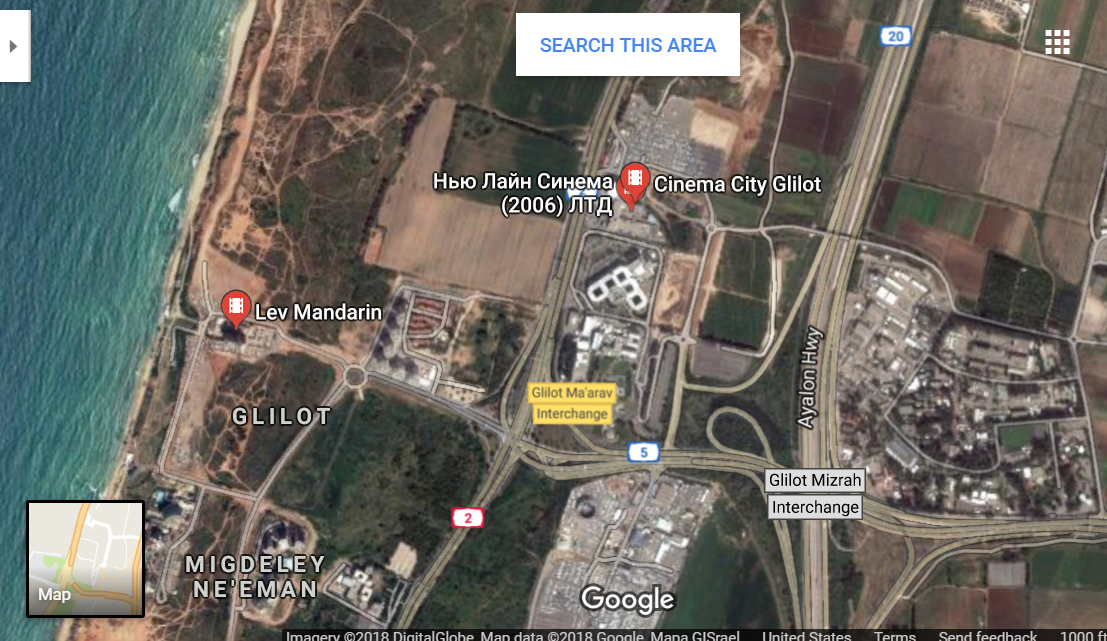 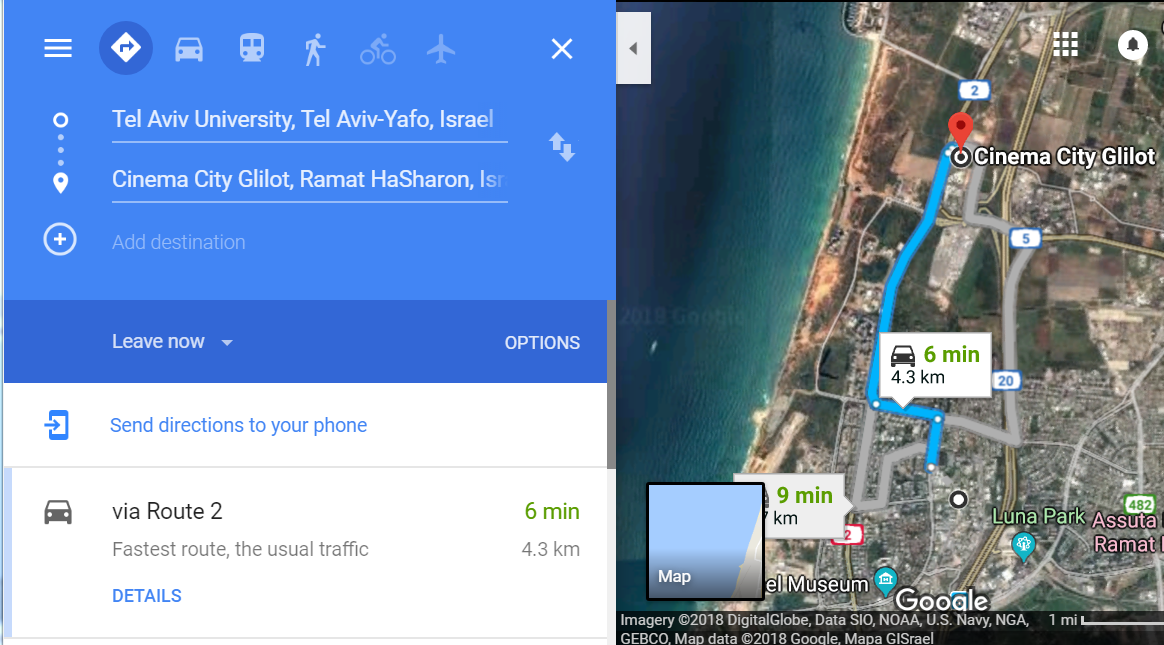 soo the turks should fear isreal so much that they ally with ASSad :))

ASSad is isreal’s wet dream that became a reality.

ESo where are the chinese and japanese in this.

I really want to see Turkish attacking Syria government forces……Mainly, I want to see Russia reaction (bla bla bla or it will do really something).

This is absurd.
Turkey going to fight Kurds in Syria. Why?
They are not in Turkey.
Now they warn Syrians to not interfere with their operation in Syria
(which they got explicit objections from Syria prior to their invasion?)

Supposedly, Kurds were backed by US but US is allowing this slaughter of their people?
(Leave no men behind?)

This invasion looks illegal as hell with absolutely no legitimacy except to carve out a piece of Syria if not carve Syria into little pieces.