Militants’ defense in southern Idlib and northern Hama has collapsed.

On August 19, the Syrian Arab Army (SAA), the Tiger Forces and their allies backed up by Syrian and Russian air power cut off the M5 highway north of Khan Shaykhun capturing several hills and checkpoints in the area. Late on the same day, government forces overrun militants’ fortifications entering the town.

On August 20, units of the SAA and the Tiger Forces continued clashing with militants in the area. The town is about to fall into the hands of government forces.

According to pro-government sources, militants are currently fleeing their positions in Kafr Zita, Lataminah, Moerk and nearby areas.

Turkey attempted to prevent this scenario by sending a large military convoy (28 pieces of military equipment, including at least 7 battle tanks) accompanied by Turkish-backed militants towards Khan Shaykhun. The plan was to establish so-called observation point near Khan Shaykhun and use Turkish troops as human shields to defend militants there. However, the convoy was not able to reach the target.

The Syrian Air Force carried out several strikes on the convoy path near Heish killing at least one militant field commander and destroying a vehicle armed with machine gun. The Turkish Defense Ministry officially condemned the strikes claiming that 3 civilians were killed and 12 others were injured as a result of the action. Ankara claimed that the convoy was initiated to ensure the safety of Observation Point No. 9, to keep supply routes open and prevent civilian casualties in the region.

Turkey even sent F-16 warplanes to Syrian airspace to defend the convoy, but they were welcomed by Russian fighter jets hovering over the same area and retreated.

The deep cooperation of so-called moderate opposition with terrorist groups like Hayat Tahrir al-Sham and their unwillingness to participate in a proposed peace process predetermined a new round of escalation in the Idlib zone. In the near future, government troops will likely focus on clearing northern Hama.

southfront now on telegram? guess i gotta subscribe then

GO SAA!….GO RUSSIA!…GO IRAN!…GO HEZBOLLAH! LIBERATE EVERY INCH OF SYRIA INCLUDING GOLAN!!! GODSPEED…MAY VICTORY COME SWIFT & BE WITH YOU ALL!

Does the map guy have the red paint ready. :D 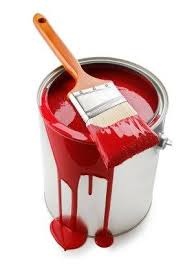 We can only hope that within no time flat they can paint the entire Idlib pocket area red as well!

Tigers painting the place red already but not with paint….

FUCK YEAH, TIGERS ARE BACK WITH ROAR!!!
This is something we all have been waiting for very long time !!
That is what I would call fucking victory, a dream come true!
Nobody will stop SAA after this !

??BLQ8K88K
Reply to  stupid is as stupid does

Waiting waiting
My god I feel good from miles miles away
TURKS MUST BURN
IMAGINE I LET FREAK IN YOUR COUNTRY DESTROY YOUR MOMS& FAMILIA HOME
THEN COME IN SOVEREIGN LAND
WHO THE FK ARE YOU TO DICTATE ANYTHING..GOD I PRAY I WANNA SEE TURKEY BURN
ALL THE NEGATIVE ENERGY WORLDWIDE
WILL BEAR FRUIT SOON
VERY SOON

stupid is as stupid does
Reply to  ??BLQ8K88K

Listen, this is above all about liberation of Syria from jihad bastards.
As for Turks
nobody will start the war against them as long as they change
their minds and go back to Turkey in peace.

If you are itchy fighting war against them and kill them then fight them in your country.
Syria has already too much of war as it is.

Sabre tooth Tiger fangs & claws razor sharp on the hunt for headchopping rats as they run shit-scared to save their worthless and cowardly lives.

This is moving fast now.

Tiger forces got the order not to post their progress and advances. This is crucial, as in the past years this was often exploited by NATO, which provided their Jihadists with real time SAA troops movements.

So while today information is rare, it does not mean there are no new advances.

Yah
Thank you so true
Why do I need to know

Give GPS of all movements

https://www.pss-1.com/..paramount this investment in research & Aquisition

The good guys the moderate rebels fighting for freedom were crying, and the evil dictatorship regime guys were laughing.
Why is it always so?

“Boomerang 3” being used by British forces in Afghanistan

For broader coverage of this topic, see Gunfire locator.

Boomerang is a gunfire locator developed by DARPAand BBN Technologiesprimarily for use against snipers. Boomerang is mounted on mobile vehicles such as the Humvee, Stryker, and MRAP combat vehicles. There were plans to integrate it into the Land Warriorsystem.