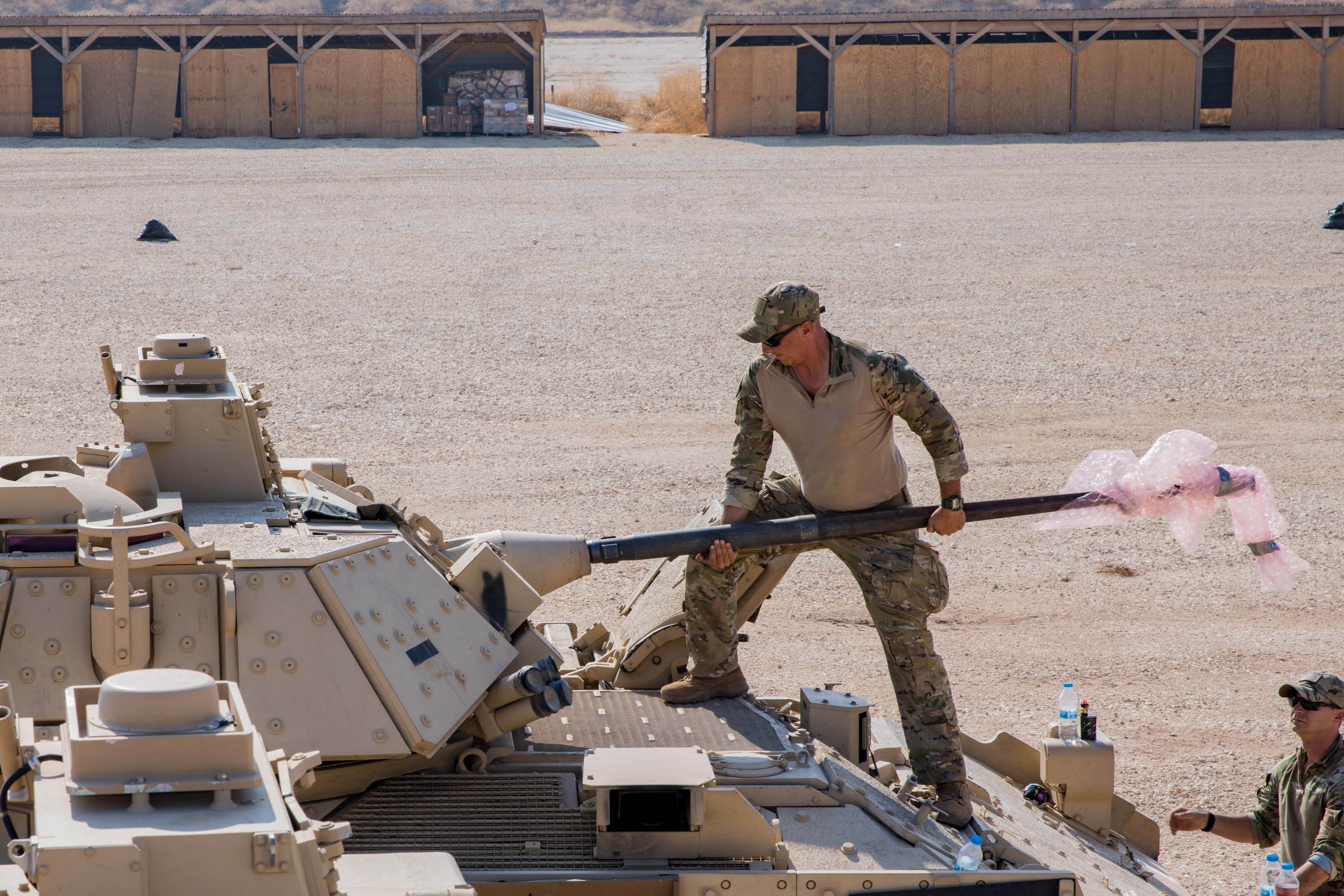 Late on September 18, a series of explosions were reported at the US-led coalition Green Village base in Syria’s northeastern region.

The base is located in the center of al-Omar oil fields in the southeastern Deir Ezzor countryside. It is one of the coalition’s main installations in Syria. Dozens of heavily-armed coalition troops are usually deployed at the base.

The Syrian state TV said that the explosions were caused by a rocket attack. Fire and several column of smoke were reportedly spotted at the base. However, no casualties have been reported, as of yet.

Just a day earlier, several news sources reported a similar attack on the US-led coalition al-Shaddadi base in the southern al-Hasakah countryside.

The two alleged attacks on the coalition’s bases in al-Omar and al-Shaddadi came after a series of Israeli strikes on the Syrian capital, Damascus. The strikes, which took place in the early hours of September 17, targeted the airport and several positions, including an alleged support office of Iran’s Islamic Revolutionary Guard Corps. Five Syrian service members were reportedly killed.

The coalition is yet to comment on the alleged attacks, which may have been response to the recent Israeli strikes on Damascus.

Last month, Iranian-backed forces attacked a garrison of the US-led coalition in the southeastern Syrian area of al-Tanf with several suicide drones in response to a series of Israeli strikes that targeted air defense bases in Tartus and Damascus. The attack eventually led to a limited confrontation with the coalition.

attacked then with lgbts prostiputes and they will surrender and go to afeganistam spending quadrilions !!!!

or a hammer in the head !! and Kaput nazis abortions

My friends makes 80-100 every hour on the internet.. (tie-40) she has been without work for eight months but the previous month her revenue was 20,000 only working on the laptop 5 hours a day.. CHECK THIS LINK:>>>> earnincome00.blogspot.com

or to the Soros anus with lgtb fever !!!!

Why hasn’t Russia given Iran and Syria missiles to destroy this US base in Syria?

I usually charge $10 for a blow job but I’ll do it for free if you’re American.

injury wrote this. not me

we know jens. You charge double for yanks and its free for everyone else.

I’m the real jens holm.I oppose the Russians and I always support the US. Simple reason – there are many queers in the US, I can have suck and get paid. I love sucking dicks. There’s nothing wrong with a man sucking other man’s. It’s freedom and democracy. I can also make money on the side by spreading propaganda online for the US. Easy jobs. Easy money.

USA is STILL in syria…HAhaHAhaHahaHaHaaaaaaaa!!!

So funny world. Most of the world are in a kind of recession. It not worse in USA.

Occupational thieves in Syria… American MO… We came, we slaughtered, we stole everything we could, and we still went bankrupt. This is what your civilization turns into when you let Jews run your banks.

Its contraseption. If people use more time in bed then feeding the results, this is an option too.

Now that is the real jens. No one can imitate such stupidly as jens does. Welcome back jens. long time no see , thank god, Shouldn’t you be out chopping wood . I hear Lyin Dyin is not happy with you. What happened , you kept your teeth in, It is ception not seption even though they both sound the same. Looks like you will be spending more time in bed this coming winter with Lyin Dyin to keep you warm, How sweet.

Why the Syrian government is not bombing the oil fields, so nobody can use them. I would say “if i can not use my propriety, nobody will” And start killing yankees !!! Yankees dead and the terorists will disapear becose no support, food, armaments, airlifted if they are inclosed…..

Cause then the US and the Western world will be outraged and start a war against syria cause they “bombed them without reason”.

Right now anyone who is friendly to russia can become a military target cause nato feels russia is weakened through the ukraine war.

If Putin does not show strengh they might try to stir up trouble in Chechnia and Dagestan again and potentially in other muslim territories in russia.

The Syrian admin is well within its rights to drop bombs and fire missiles on their own territory.

It seems the days of the US in Al Tanf are coming to an end. US forces need to go back from whence they came, which was most probably Jordan. They need to take their brainwashed trash with them.