The Syrian Army managed to prevent an attack of terrorist groups on positions of government troops, deployed in Hama province. 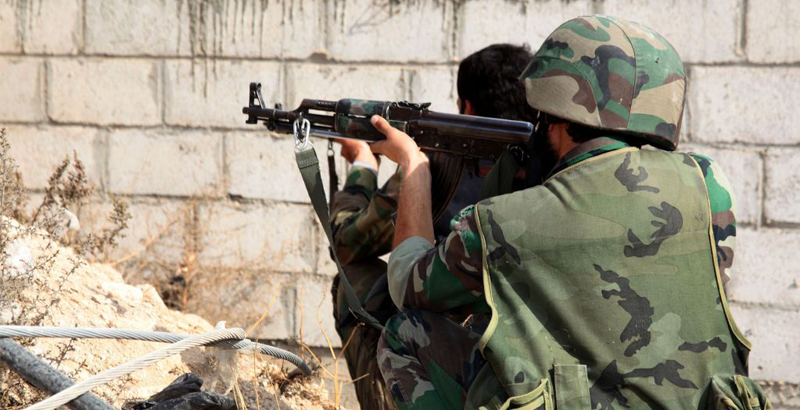 The Syrian Army has disrupted plans of terrorist groups to seize positions of government troops, deployed in western Salamiyeh, launching a series of artillery attacks on militants. As a result, a large number of terrorists were killed, while others fled the battlefield.

At the same time, terrorists’ military bases, located in Kafar Zita and its surrounding areas, were struck by the Syrian Air Force. A number of terrorists lost their lives in the aerial attacks, and their military hardware was damaged.

On Wednesday, the Syrian ground forces and the country’s air power also launched a series of heavy attacks on positions of Islamic State (IS) and Jabhat Fateh al-Sham (previously known as the al-Nusra Front) terrorists, stationed in the eastern and northwestern parts of Hama.

Jabhat Fateh al-Sham positions in al-Horiyeh, al-Qahira and al-Howeiz villages, located in northwestern Hama, were shelled by artillery units of the Syrian Army. As a result, a large number of terrorists were killed, while their military hardware, including vehicles, equipped with machineguns, were destroyed.

Meanwhile, Syrian fighter jets carried out airstrikes on IS strongholds in Abudali and Souha villages in Aqayrabat region. A number of terrorists were killed and wounded.

According to some reports, Salim Qosareh, also known as Abu Abdul Haman al-Ghaab, a senior commander of the Ahrar al-Sham terrorist group, lost his life in a booby-trapped explosion in his car in the northwestern part of Hama province.