On December 18, the Syrian Arab Army (SAA) and the National Defense Forces (NDF) liberated the village of Ruwaydah from Hayat Tahrir al-Sham (formerly Jabhat al-Nusra, the Syrian branch of al-Qaeda) in southern Idlib, according to pro-government sources.

According to pro-opposition sources, the SAA and the NDF were able to take control over the village only thanks to massive air and artillery strikes in the area.

The advance followed a series of other gains made by government forces in northern Hama and southern Aleppo. Previously, the SAA and the NDF liberated the villages of Rashadiya, Rasm al-Bidh, Rasm Sayyal, Rasm Kibar, Zilaqiat, Zilen and Mashrifa. 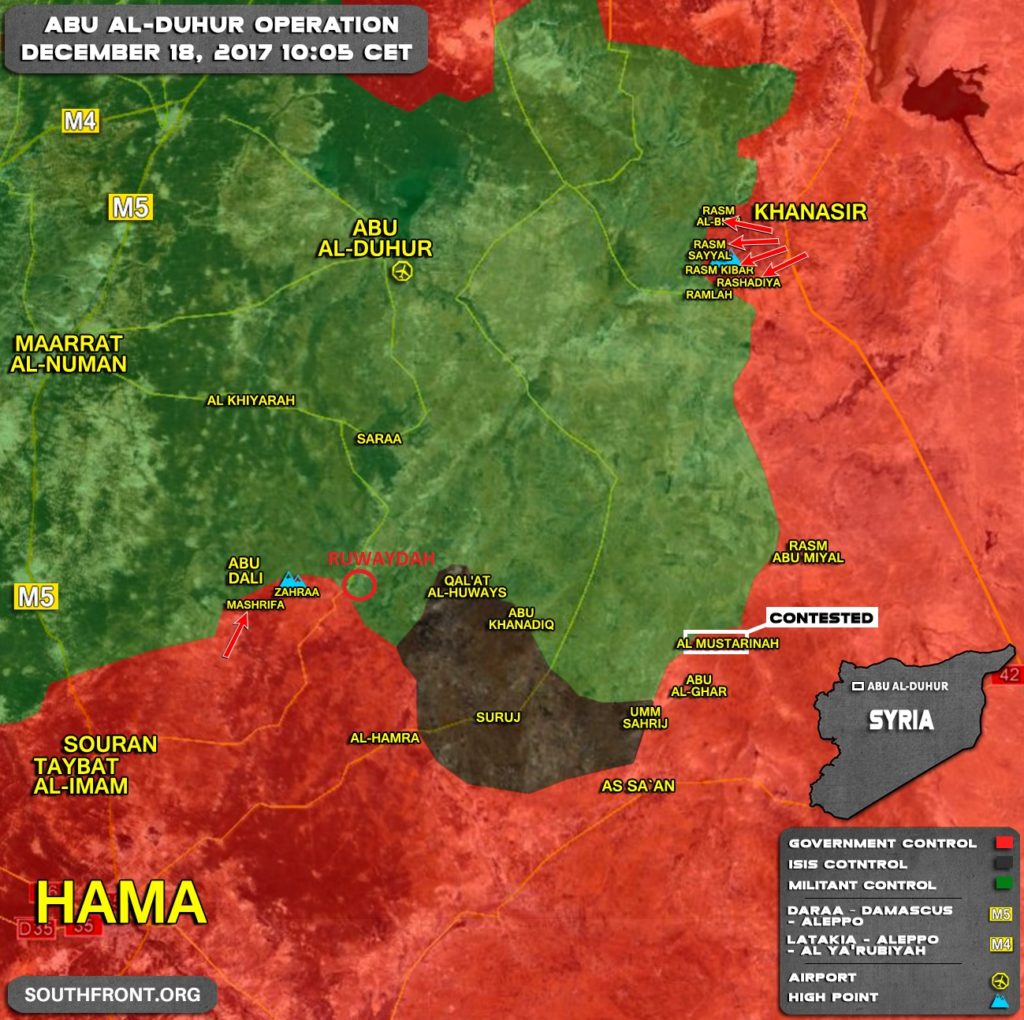 Eliminate the ISIS pocket , before it “grows” .

ABC news just reported that alqaeda based in idlib cooperated with Assad. Poor HTS now they’re tossed between rock and hard place and fakenews just can’t save them.