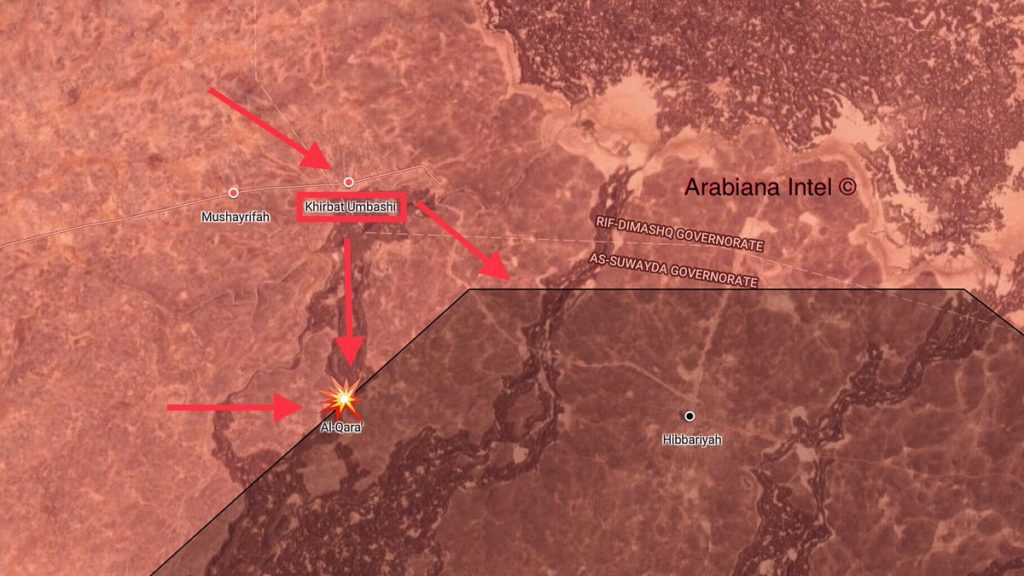 Syrian troops have liberated the settlement of Khirbat al-Umbashi from ISIS and eganged have terrorists in the settlement of al-Qara in the eastern part of al-Suwayda province, according to pro-government sources. 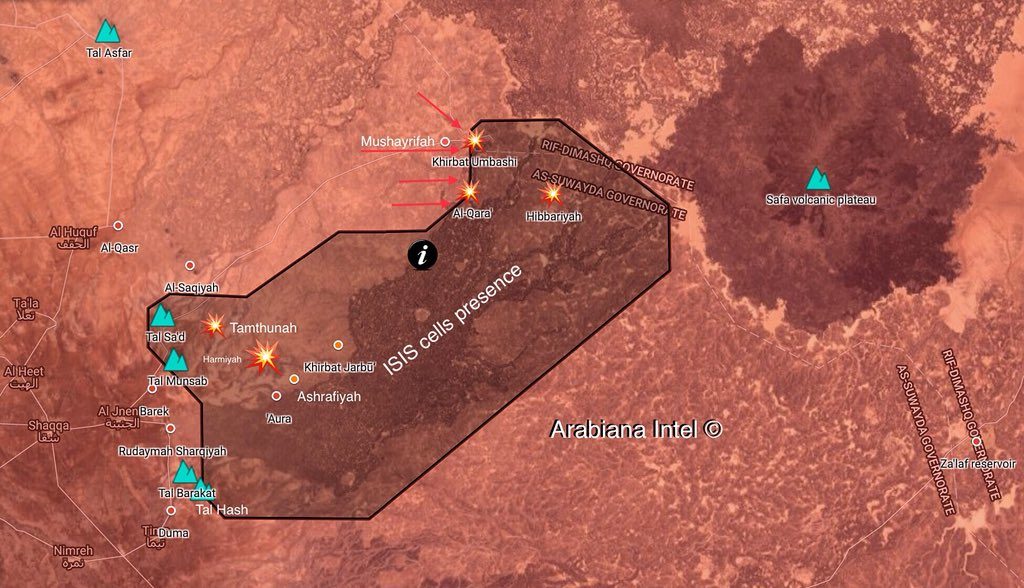 In a separate development, the Syrian Arab Army and the National Defense Forces secured the settlements Tayyara, al-Bawdah, Wadi al-Luwayziyah and some other points near the border with Iraq, south of the US-occupied area of At Tanf.

Both these operations against ISIS are ongoing in the Syrian desert area because the terrorist group’s cells still pose a security threat to the country. While ISIS’ self-proclaimed Caliphate is formally defeacted in Syria and Iraq, the both governments clearly understand that they have to contribute significant efforts to establish security in the liberated areas.

The Zionist occupiers are the real terrorists as everyone knows,so the day will come soon when they will be confronted head on as their proxies are defeated.