On November 1, the Syrian Arab Army Tiger Forces and the Republican Guard have liberated Jubaliyah neighborhood, the central park area, the school of law and education and the southern part of Hamidiyah neighborhood in the city of Deir Ezzor. ISIS terrorists withdrew deeper into their area in the northern part of the city.

On October 31, government troops liberated the neighborhoods of Kanamat, Khassarat, Badr and Old Airport from ISIS.

The Tiger Forces and the Republican Guard are now clashing with the most of ISIS members in the neighborhood of Hamidiyah. If it’s liberated, the terrorist group will have little chances to defend the rest of its area in the city for any notable time. 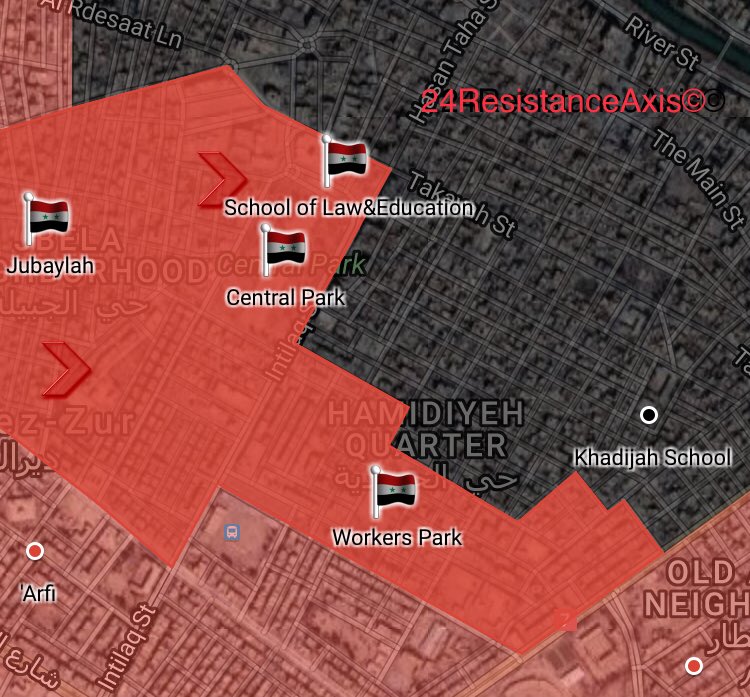 Little by little, bloke by block.

and then go and eliminate the rest of the US funded vermin, across the river.

Good going SAA! Impressive advance in a city, doing it block by block!