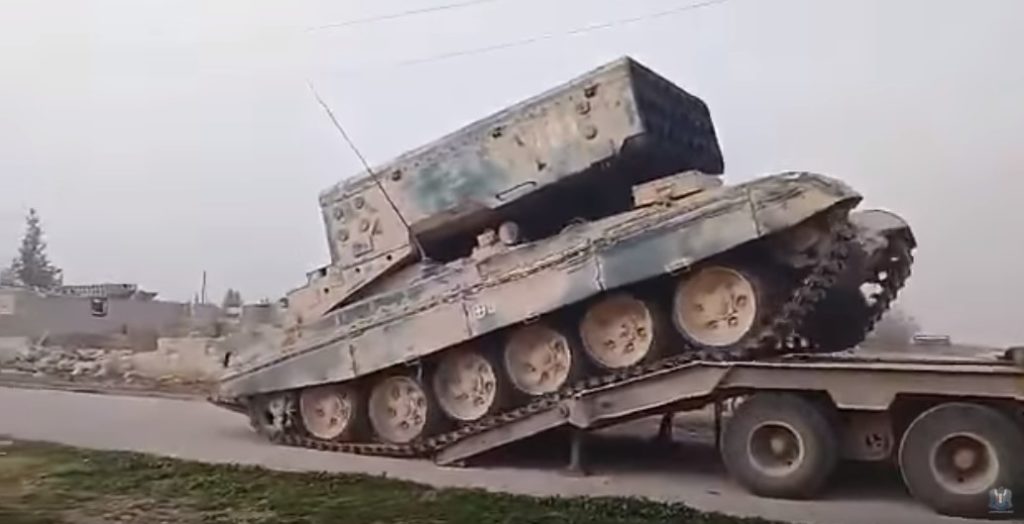 Following the liberation of the strategic village of Abu Dali in southern Idlib, the Syrian military had deployed additional troops and military equipment to further develop momentum against Hayat Tahrir al-Sham (formerly Jabhat al-Nusra, the Syrian branch of al-Qaeda) in the area.

Russian-made TOS-1A heavy flamethrower systems were deployed within this effort. Previously, the TOS-1A system was spotted in the area on December 24. Since then, the Syrian Arab Army, the Tiger Forces and the National Defense Forces have liberted a large area, including the villages of Tal Maraq, Hamdaniyah, Naseriyah, Mushayrifah, Dajjaj, Tamat Khalifah and Tal Warid.

Now, government forces are developing momentum in the direction of Khuwayn Kabir in order to isolate the militant-held town of Tamanah from the eastern direction. If they are able to reach Khuwayn Kabir or even capture it, the army and its allies will create a direct threat of resuming an offensive operation in the Lataminah area in northern Hama. 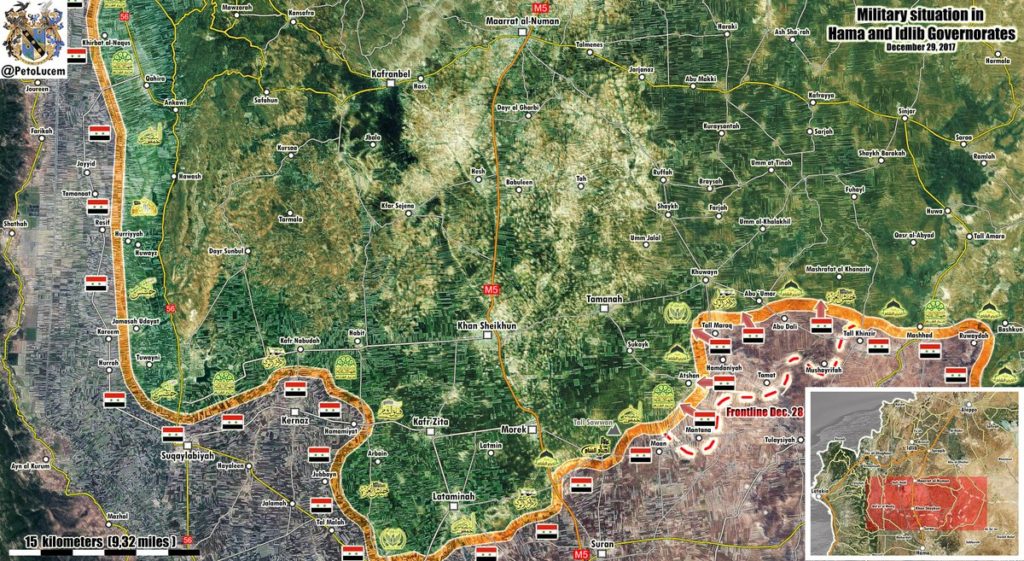 It looks like a missile launcher. With trench style warfare though, jellied napalm would make a nice foot warmer for the Green Daesh cannibals!!! :D

TOS1A heavy flamethrower system 220mm rockets either incendiary charges or thermobaric, unlike with conventional explosives that incorporate their own oxidizers, thermobaric explosive rely on the atmosphere to provide them with oxygen. Basically, the warhead releases a cloud of chemicals—such as tetranite—which mixes with the air before it explodes. The results are devastating—not only is the explosion significantly longer and the shockwave significantly hotter and stronger than a conventional warhead, but all the oxygen in the near vicinity is also consumed, creating a partial vacuum. This makes them horrifying weapons to use against infantry and entrenched personnel in bunkers and caves—exactly what the TOS-1 was designed for. Victims typically die either from the intense pressure of the initial blast, or suffocate as their lungs rupture in the vacuum afterwards. It’s an incredibly unpleasant way to go.

The more unpleasant for the jihadis the better.

Google is paying 97$ per hour,with weekly payouts.You can also avail this. On tuesday I got a brand new Land Rover Range Rover from having earned $11752 this last four weeks..with-out any doubt it’s the most-comfortable job I have ever done .. It Sounds unbelievable but you wont forgive yourself if you don’t check it !gf168d: ➽➽ ➽➽;➽➽ http://GoogleAmericanFinanceReportsOnline/online/easytasks… ★✫★★✫★✫★★✫★✫★★✫★✫★★✫★✫★★✫★✫★★✫★✫★★✫★✫★★✫★✫★★✫★✫★★✫★✫:::::!gf168lhh

Google is paying 97$ per hour,with weekly payouts.You can also avail this. On tuesday I got a brand new Land Rover Range Rover from having earned $11752 this last four weeks..with-out any doubt it’s the most-comfortable job I have ever done .. It Sounds unbelievable but you wont forgive yourself if you don’t check it !gd187d: ➽➽ ➽➽;➽➽ http://GoogleDailyNewsNationUpdateWorkFromHome/find/jobs… ★✫★★✫★✫★★✫★✫★★✫★✫★★✫★✫★★✫★✫★★✫★✫★★✫★✫★★✫★✫★★✫★✫★★✫★✫:::::!gd187hh

Excellent! I hope it is supplied with plenty of rockets.

What terrible nightmares we have for each other.

Will mostly be used against civilians though, like most of Assad’s military.

Bad boy, Mohammed Badie rots in an Egyptian prison with 7 or more life sentences on his head! That’s a good thing!

Great, ISIS kebabs. I wonder if it comes with salad?