There are numerous reports that the Russian warplanes bomb civilians in Syria even in Russian social media. Let’s look at the one of them. 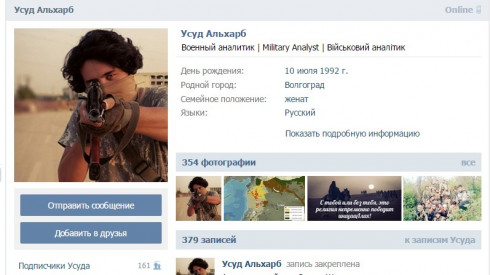 The main airstrikes were conducted in the Idlib Governatore against the positions of Jaish al-Fatah [SF: Let’s mark this]. Do you believe that Russia bombs ISIS? Russia bombs peaceful people; women, children, old people are the victims, in general! 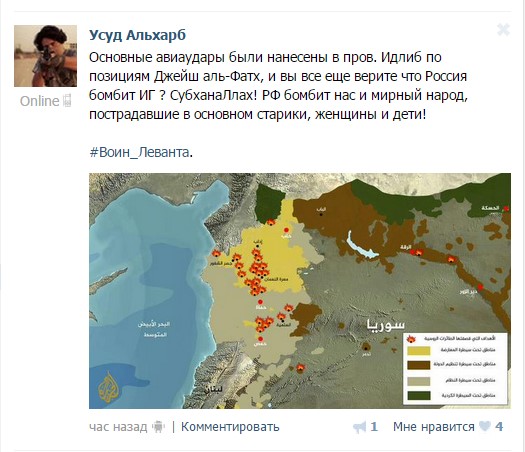 We won’t comment WHY and HOW women, children and old people were targeted at the military positions of Jaish al-Fatah. Anybody could suppose without our help. Let’s go further.

I’m a military instructor of Jabhat al-Nusra, I’m not related with ISIS!

Idiots, don’t falsify information when you use my videos at your websites.

The member of the Syrian branch of Al-Qaeda argues that Russian Air Force kills civilians when they bomb military positions of the terrorists. Apperently, they are good terrorists (lol) and  Russia should stop…. or no?