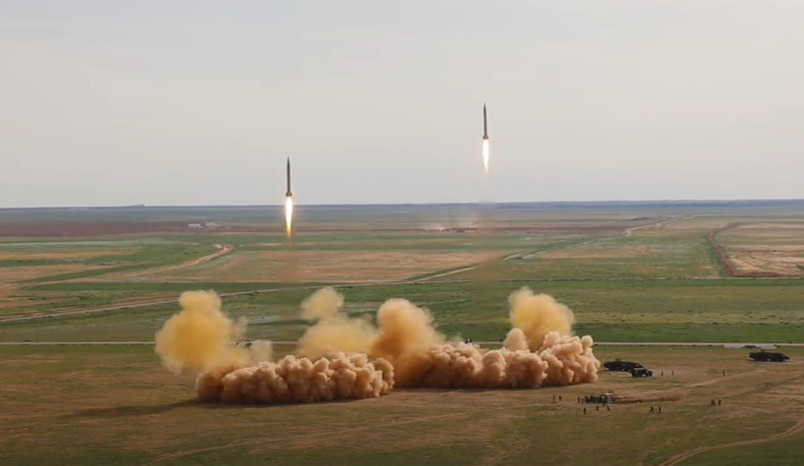 According to the page, that is well-known for its credible sources in the Syrian military, some of the ballistic missiles restored to service by Syrian technicians were launched by the LNA during the March 7 technical exercise.

The LNA’s Supreme Commander Field Marshal Khalifa Haftar attended the exercise, which was held in a desert area located to the south of the Libyan town of Suluq.

During the exercise, the LNA launched four Scud B tactical ballistic missiles. The Scud B is armed with a 985 kg warhead and has a maximum range of 300 kilometers.

Syria maintains a large missile program. The country produces several types of tactical ballistic missiles, including the Scud B.

The Damascus government has been openly backing the LNA for the last few years. Military cooperation between the two sides was reported on several occasions. Weapons were allegedly shipped from the United Arab Emirates (UAE) and Russia to the LNA via Syria.

The LNA’s recent tactical missile exercise was a demonstration of force to all other parties in Libya, specifically to the Tripoli-based Prime Minister Abdul Hamid Dbeibah. The PM is currently Haftar’s biggest opponent.

Launch those Scuds onto the Muslim Brotherhood militants and their Turkish advisers.