The Syrian T-72A tanks have gotten the new Viper thermal sight, which allows them to effectively operate at night. 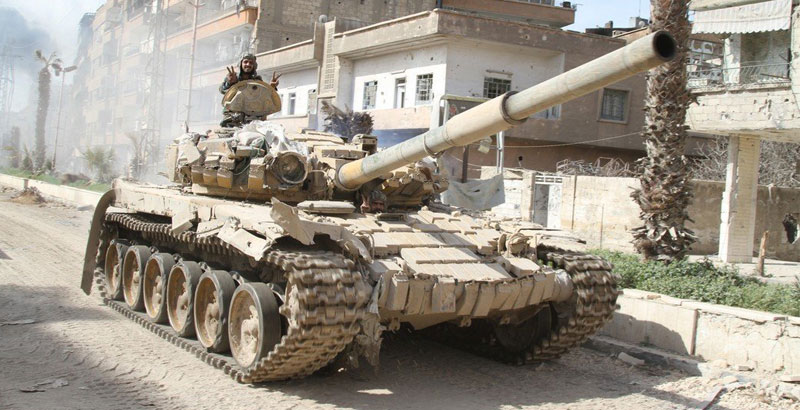 Thanks to the new Viper thermal sight, the Syrian T-72A tanks got an opportunity to effectively operate at night, according to the photos collected by “Within Syria” blog.

Before the T-90A tanks became a part of the Syrian Army, the most part of Syrian armored vehicles were equipped with outdated and ineffective sights, which needed backlight of an infrared spotlight. Usage of such spotlights unmasked Syrian military vehicles and allowed an enemy to detect them easily. The range of detection of targets of these sights was much less than 1 km. In addition, these sights were very vulnerable to various hindrances, such as head lamp light, flashes of shelling and flame of heavy fires – as a result, they just failed to function and tankmen became ‘blind’.

According to the article, experts of the Syrian research center developed a thermal sight, which was named Viper. Syrian military started to mount it instead of the old TPN-3-49 on T-72 tanks. Earlier, this sight was tested on the T-55MV tanks. 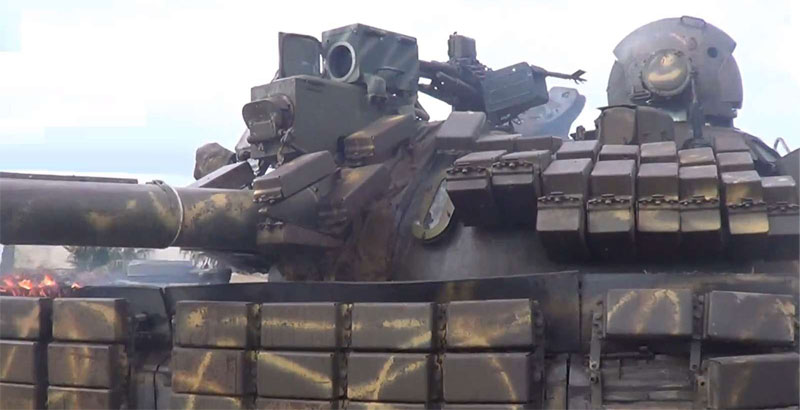 The Viper’s range of detection of large objects is 4 km, but it captures targets most qualitatively at a distance of 1.5-2 km. Reportedly, the Viper even allow to easily detect positions of snipers.

According to Russian military experts, despite the fact that the Syrian sight entirely consists of foreign components, it should harshly increase the efficiency of Syrian tanks both at night and day, and this, in its turn, would help the army to fight against international terrorism.

Hizbolla fighters have never leave their brothers from Syria and Iran.Hizbolla is like the Russian Bear.If their start moving their dont stop.If their detect the enemy and the enemy becomes aggressive their destroy it.If one member downs their become more and more positive and dicipline and takes the fight to the next level.It is indeed a formidable fighting force Hizbolla is coming just like the Russians are coming.