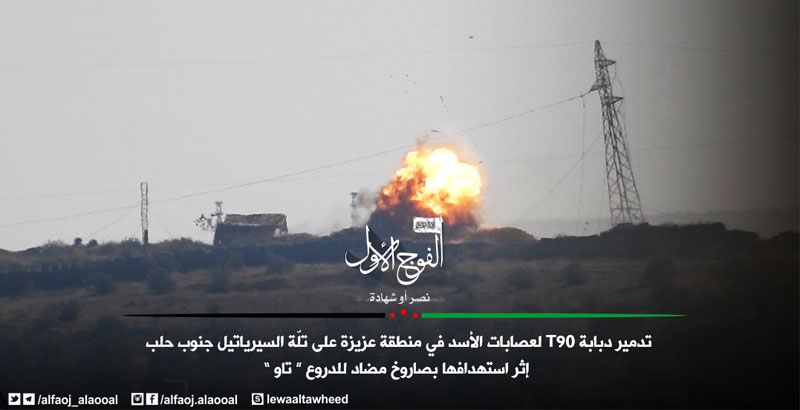 Two video, showing attempts of terrorists to destroy the Syrian T-72B tank with the TOW 2A anti-tank missiles, were published online by one of the armed groups of the Free Syrian Army (FSA). The videos were filmed during the last fights for Aleppo.

Militants claim that the tank was totally destroyed. However, we can clearly see that in one case the missile hit the front part of the tank, while in the second case it just touched a small earth mound in front of the tank. In addition, last seconds of one of the videos show us a crew, leaving the tank after the hit. The fact that terrorists stopped to record the further developments right after the hit also says that the tank remained intact after the double shelling. 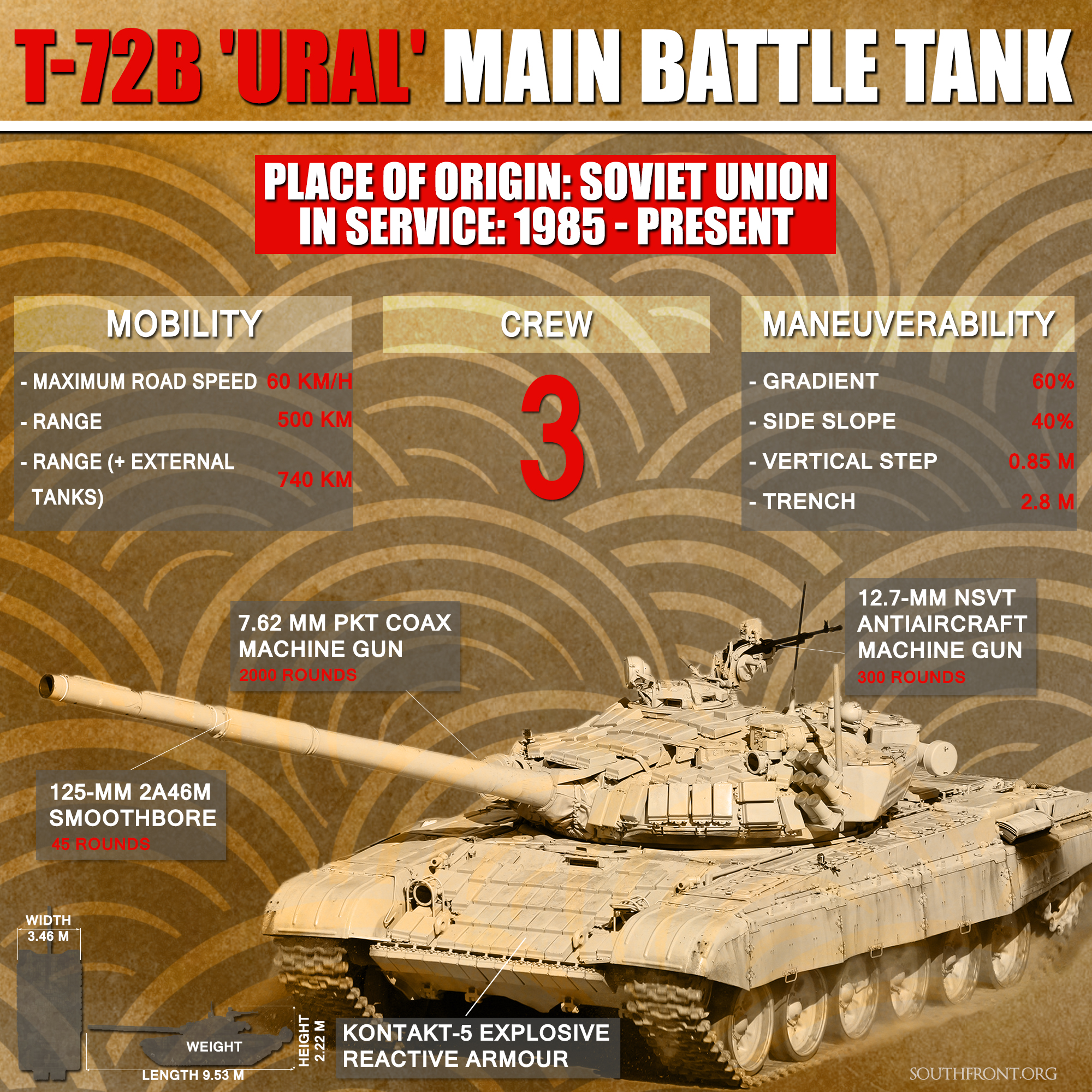 Due to its dynamic protection system, the T-72B is considered as the third generation tank. Its serial production was started in 1985. The main weapon of the T-72B is the 2А46М 125-mm smoothbore gun-launcher. The tank is also equipped with fire control system and complex of guided weapons.

in the tittle of the videos they wrote t-90 , so are they mistaking the two tanks ?

FSA gets it wrong.

lololololol. The funniest parts in these vids is the slimes cheering when they actually failed not once but twice. Even under a religious perspective, “God” seems to tell them that they can go fuck themselves. Although it could be that some Saudi idiot, even more ignorant and pigheaded than them, passes them money for this kind of performances. The jihadist propaganda increasingly replaces truth with lies (which are increasingly unbeliavable), as nothing seems to be going their way of late. Historically, this is a sign that the utmost and gravest defeat is about to strike them.

Well the tank was surelly dissabled, still it’s pretty impresive that a T-72B took that punishment from a TOW variant that was developed SPECIFICALLY to defeat the T-72B, T-80BV and T-80U.

Why those SAA soldiers don’t close the turret and enjoy full protection? To me it looks like T-90 from afar.

They do look quite similar as the T-72B was upgraded with improvements taken from the T-90. http://www.moddb.com/groups/tanks/images/t-72b-obr-1989-belarus-army

The fact that it can survive direct hits from the front against modern TOW 2A missiles is very impressive for any tank, let alone one that was designed in 1989. All the Saudi and Iraqi M1 Abrams I’ve seen take a similar hit were destroyed.

May I suggest the word ‘withstand’ instead of ‘bear’? One bears a burden, but a tank withstands a missle strike.