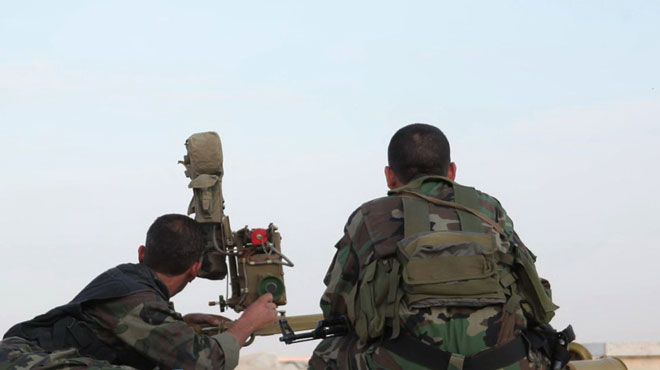 On August 7, the Syrian Arab Army (SAA) destroyed a vehicle of the al-Qaeda-affiliated Turkistan Islamic Party (TIP) near the town of Hakoura in the western part of the Greater Idlib region with an anti-tank guided missile.

The strike killed three Syrian militants who were reportedly members of the TIP’s local division, which is known as Ansar al-Turkistan.

Up to 4,000 militants are reportedly members of the TIP. The group is one of the closest allies of al-Qaeda-affiliated Hay’at Tahrir al-Sham (HTS), the de-facto ruler of Greater Idlib.

The SAA’s deadly missile strike was likely a response to recent violations of the ceasefire in Greater Idlib, which was brokered by Turkey and Russia more than two years ago. Earlier this week, the Russian Reconciliation Center in Syria reported eight violations by HTS and its allies.

Turkey, who maintains a large military presence in Greater Idlib, has been doing nothing to counter terrorist groups like TIP and HTS. Two days ago, the situation in the region was among several topics Russian President Vladimir Putin and his Turkish counterpart Recep Tayyip Erdogan discussed while meeting in Sochi. The two leaders said they agreed on fighting terrorism in Syria, without elaborating.

Yes good –meanwhile in Ukraine NATO ammo dump holding 45,000 TONS of ammo destroyed and desperation has set in with Zelensky he has decided to send in to the frontline mobilized Ukrainian CIVILIANS from a training-centre as well as wounded but NOT recovered service members — he should go himself but he is “busy “.

Idlib enclave donated to defeated ISIS fighters as a gesture of goodwill was a big blunder, it’s turned into a breeding ground for ever worsening extremism like a large abscess on someone’s groin posing a threat of septicaemia associated with likely fatal complication. That area begs for fumigation.

So where you get your information from RT or saana?????? Bullseye . this comment will delete it soon by sf 3.2.1

More turkic shitheads dead…its turning out to be a wonderful day.