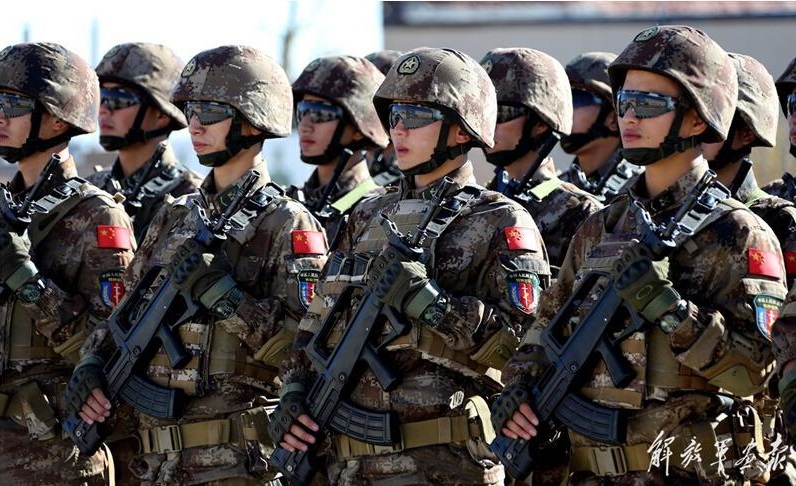 The Syrian state-run media agency SANA has officially rejected reports about the alleged deployment of Chinese forces in the war-torn country and described media reports on the issue as baseless.

Syrian Arab News Agency (SANA) refuted as “ baseless” what Sputnik Agency had attributed to it on its website, stressing that that it had not published any news concerning the arrival of Chinese forces in Syria.

“ The report of Sputnik on its website concerning the arrival of Chinese troops in Syria is groundless,” SANA said on Saturday,

Sputnik has corrected the mistake on its website and apologized for attributing, by mistake, the news to SANA as a source.

The apologize came after that SANA asked Sputnik to give a clarification on this mistake and to correct it. 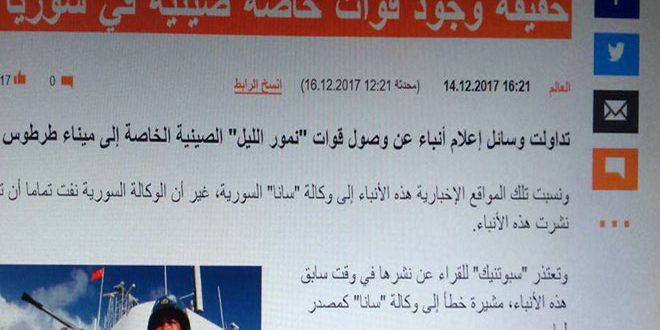 A picture provided by SANA

Various rumors are circulating about the alleged involvement of Chinese forces in the ongoing war in Syria. Pro-government sources have repeatedly claimed that China will soon deploy troops in the country in order to support anti-terrorist operations of the Syrian Arab Army against the foreign terrorists. Ethnic Uighurs, citizens of China, that have joined terrorist groups in Syria are the main concern of Beijing.

I would have loved if it was not a mistake. China is playing a very deep game better even than the russians and almost as good as the Iranians. But that’s an issue for another time.

Not better than Russians, but very helpful indeed.

China only knows how to deliver money not death

They deliver death only to those who try to hurt her.

All win win for all as President Xi said

would have been nice

In Yemen for sure.

No luck assad fanboys. Perhaps they should have a draft in latakia to get more soldiers.

They are doing just fine with the soldiers and the allies they have.

Respecting those who are defending Syrian sovereignty from Amercian war mongering dogs who use Islamic extremists does not automatically mean your a fan of Assad. Do you know the man personally or do you just believe what is written about him by those who are trying to dispose of him?